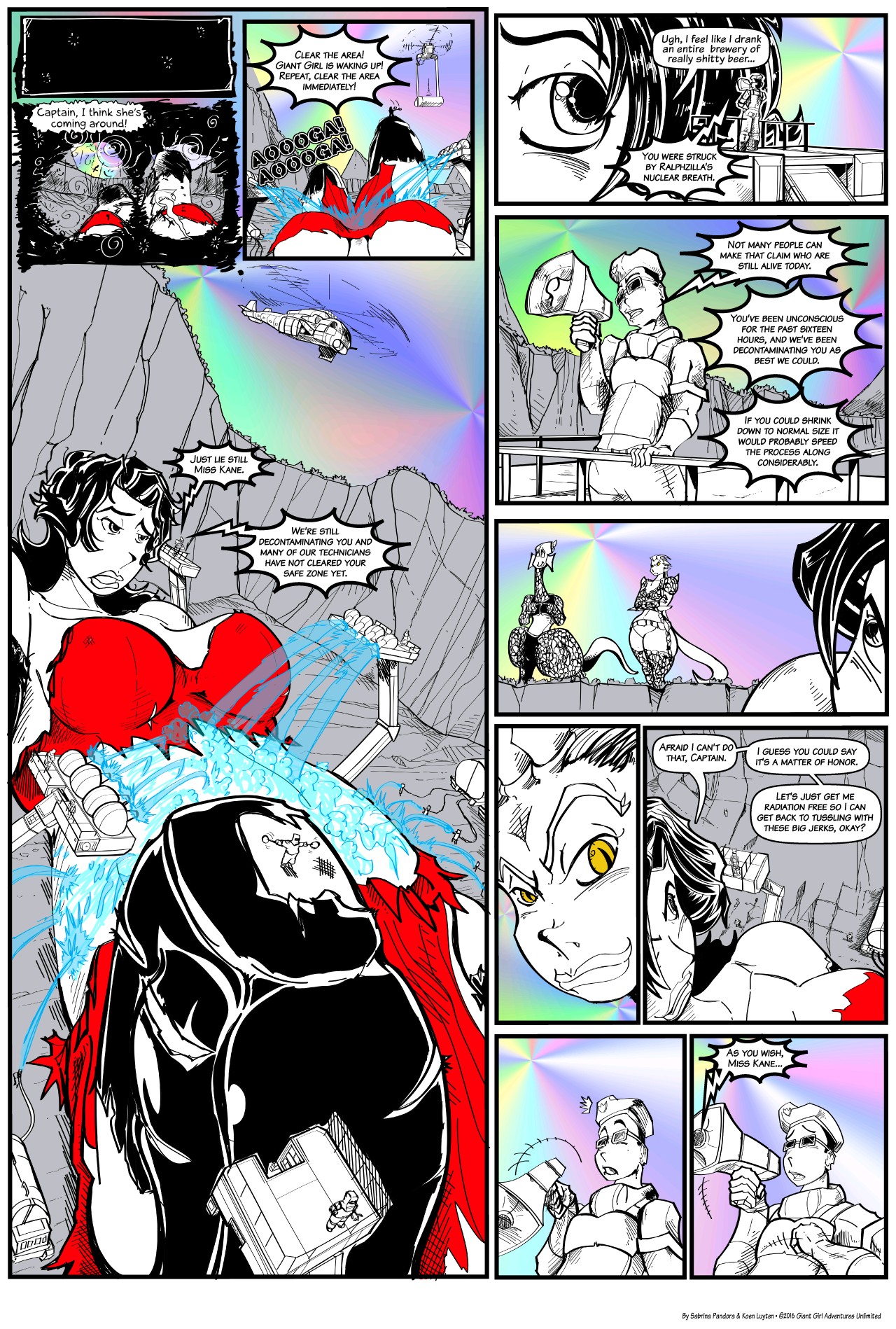 Sure it was a short fight but she was doing really well until that nuclear breath thing, right? For this page we wanted to show the troops tending to Ronni, as they are one of the few groups on earth who are actually fans of Giant Girl, as she is one of the only people on the planet who can face off with the great monsters they are charged to keep imprisoned on the island. So they have considerable affection for her, as well as the fact that she is happy to serve as a pin-up girl for them.

As for said Kaiju, Ralphzilla looks a bit sheepish about having blasted Ronni, thinking that she could take it. Which she could have had she punched her density up off the charts, but given her promise to Badonkasaurus our lady in red just stood her ground, which worked out kinda poorly for her. Then of course there is Captain Sasaki asking her to shrink down for treatment, and it is clear that the Queen of the Kaiju is still waiting to see if 'The Naughty One' as she is referred to by the monsters of the island will break her word here as well.

Honor and sacrifice don't come easy to the big girl but she's giving it a shot. We never planned for her to become a shining paragon of moral justice, but once well established we did want to start evolving her character over time to become better than she was, and hopefully that is evident in little scenes like this.