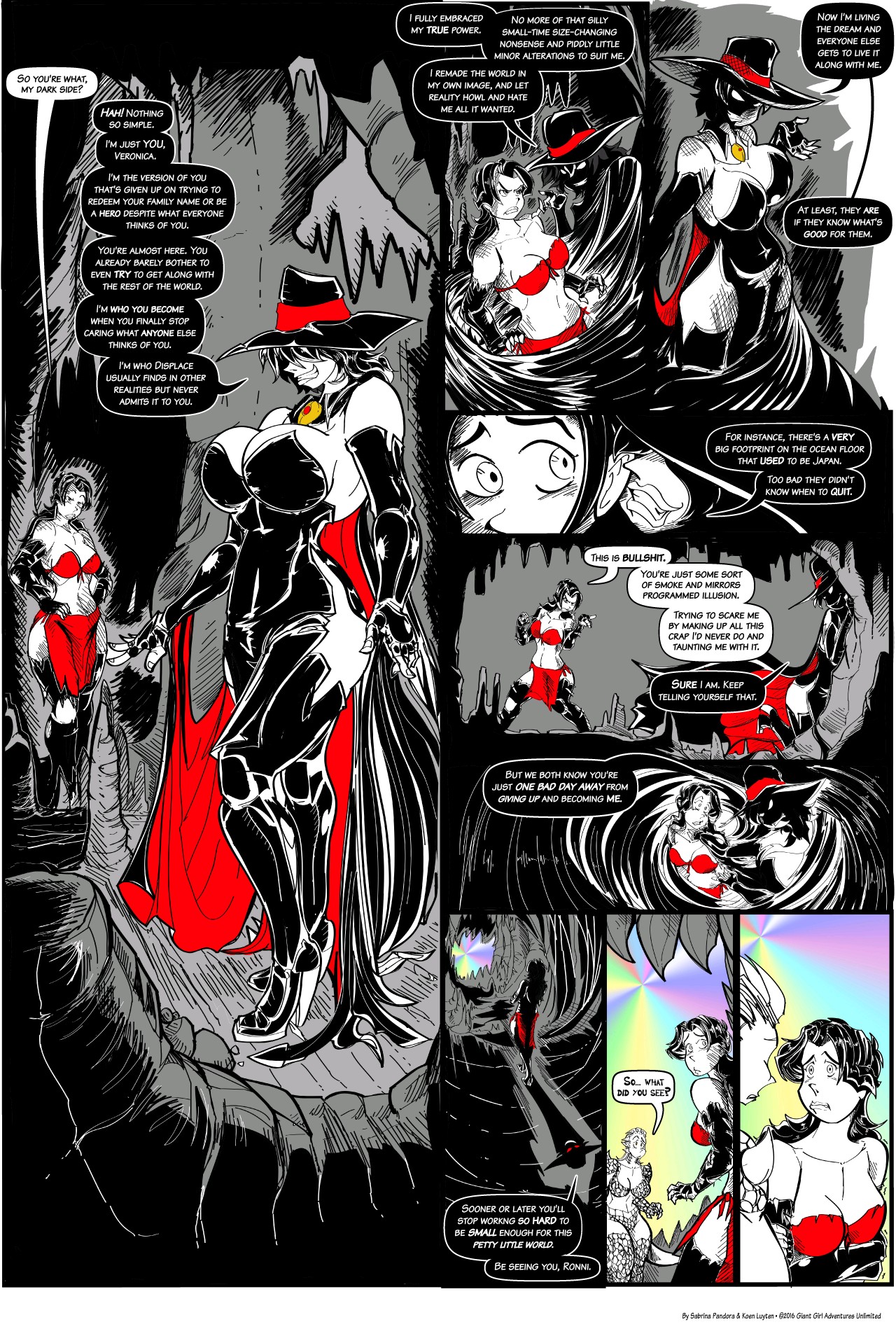 When putting a negative or mirror image of the protagonist into play, the idea is to let them be evil, but not so evil that they are beyond understanding. The best way to approach it is to show them as just a shade or three darker than where the character is now, and show that it wouldn't take very much at all to get the character to where the evil version is now.

That's what we aimed for with Dark Veronica.

Yup, she's wearing the hat again- 1) because she took it back from Maddy so there wouldn't be someone to oppose her with her own powers, and 2) once she stopped giving a crap, anybody who makes a Carmen Sandiego crack get stomped, shrunk, tossed into orbit or something similar because she has zero tolerance for being mocked anymore. The cape is because Ronni refuses to wear a cape because, well, superheroes wear capes and she spends way too much time denying that she is one of those. So as a supervillain, hell, why not?

Dark Veronica makes it abundantly clear that she uses her full power and blows off any consequences, which makes you wonder just what sort of world exists around her. Personally I thought the footprint bit was chilling. And really, aren't we all just one bad day away from giving up and going bad?

I love how Dark Veronica becomes Ronni's shadow as she leaves the cave, attaching herself to Ronni and threatening her oh so subtly with the seemingly friendly 'Be seeing you'.

That last panel I agonized over. I wrote maybe a dozen lines for her to say, but when I wrote the page I wrote it as a silent panel intending to let Koen's art carry the emotional impact of just how distressed Ronni was from the experience. In the end, his art really did carry it- hugging herself, she looks genuinely shaken and in need of a hug.