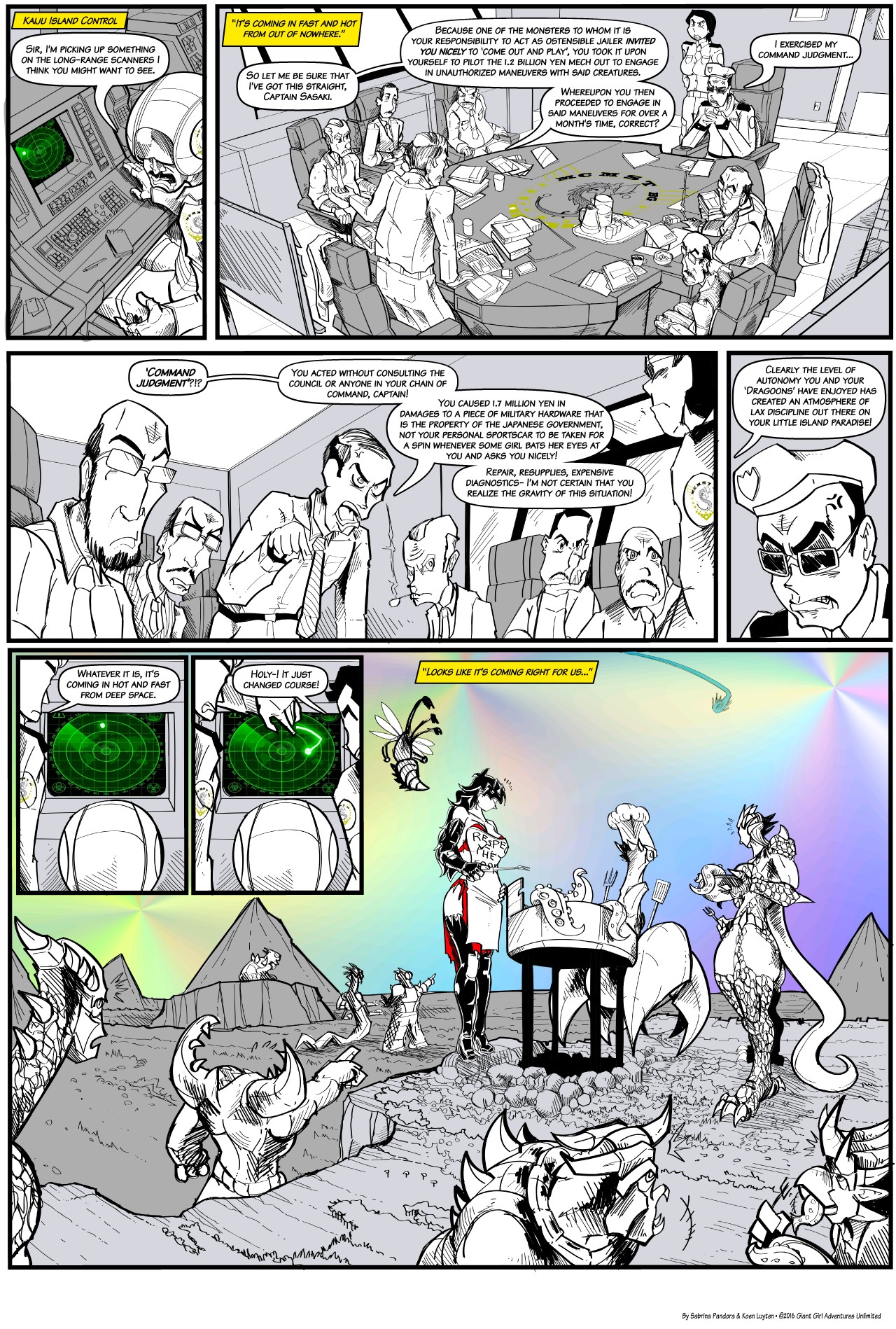 Called on the carpet!

Captain Sasaki gets to answer to an oversight committee full of bureaucrats who do have something of a point- I mean, it is a big expensive mech he is out there piloting, and he did get it banged up not defending Japan from monsters but tussling with them because a big pretty one convinced him it was a good idea.

Meanwhile, something wicked this way comes...

While Ronni agreed to live at the same scale as the monsters of Kaiju Island for those three months, they are obviously making allowances for stuff she needs, and clearly those strictures are loosening up since now she's pulled out the grill and charcoal and is busy having a giant squid cookout with the gang. It seems as though they are all getting along pretty well at this point, so time to stir the pot a bit.

Vote for us on Top Web Comics via the orange 'vote for me dammit' button on the bottom of the row there on the left. We're doing some pretty good comics these days, and we'd appreciate it if you would help spread the word!