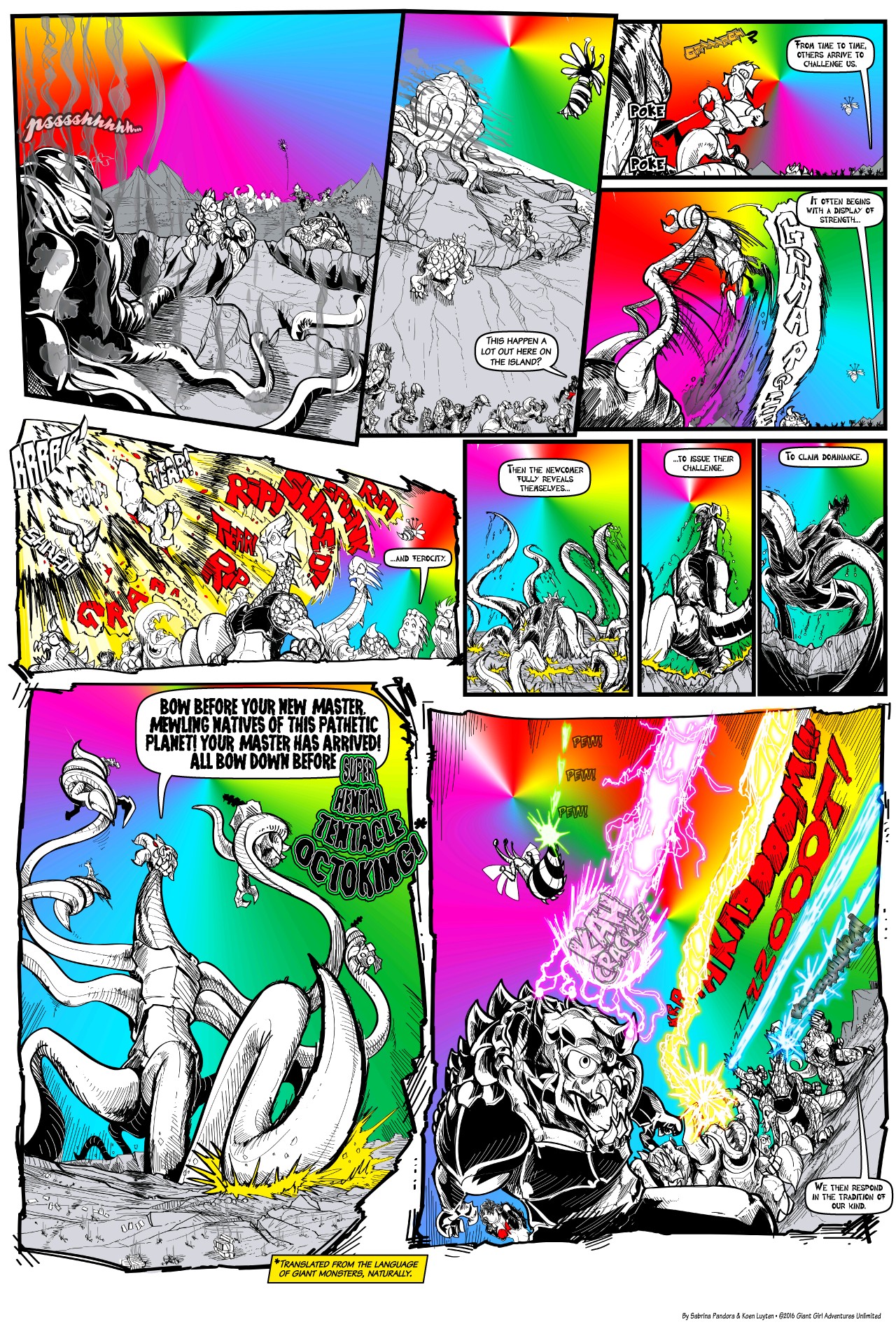 So, dibs on the name.

SHTO is about a thousand feet tall... ehhh, metric, wait a second... 300 meters tall give or take. That's where he likes to settle though his reach can extend considerably. More on that later.

For now, the travelogue.

Giant meteorite pushes through the shield like the slow blade that penetrates and still comes in screaming hot enough to vaporize the troops on the beach. Ronni is quite reasonably curious if this is a thing, and Badonkasaurus walks her through how the thing works, this thing the monsters do.

We had actually forgotten about Grargh. He was last seen in issue 6 hanging out with the gang, then... we forgot about him, so he ceased to exist. Then when I was logo mining the original page I spotted him again. Hey, Graargh!

Hey, I got a job for you. Go do what one does with a quivery alien meteorite.

Go poke it with a stick.

Kaiju firing line is kind of a dopey 'everybody get him' moment but it looks awfully cool. Koen really has those blasts and such worked out.

Giant monster fight is on.