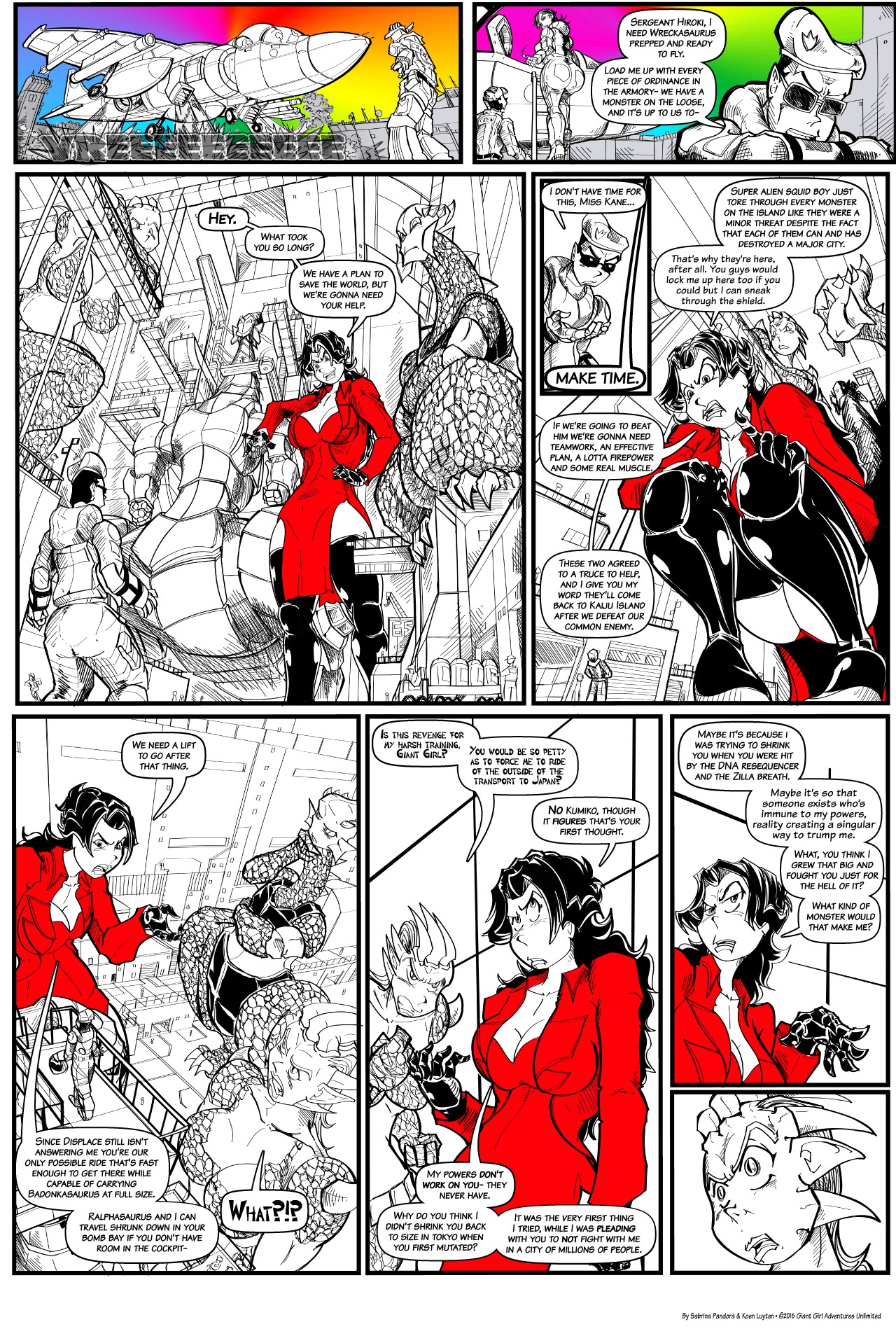 Chase One screaming in for a nice VTOL landing, Captain Sasaki being a man on the move, with a Badonkasaurus-worthy buttshot of Lieutenant North back there.

The trio of them hanging out around Wreckasaurus is a pretty intimidating move, whether Ronni realizes it or not. But it sure does look cool. Ronni cops a squat to talk to the captain while she is still giant sized in order to keep Badonk and Ralph in on the conversation. Clearly Ronni dug out a spare costume- after all, time to go to work. Time to look the part- Kaiju Island variant figure available soon.

Meanwhile, it finally comes out just why they had that fight in Tokyo the first time. It's one thing to have all of this written out and explained in notes and such, but until it makes it onto the page it isn't canon. So this story gave us a chance to reconnect to this piece of that puzzle and turn it into a plot element.

Ronni raises a good point, though she doesn't drive it home. She tried to talk Kumiko down that day, and Kumiko was the one determined to fight. Ronni's statement about being a monster for growing that big and fighting for the hell of it applies to Kumiko, as she realizes in that last panel. Mind... blown. By Veronica Kane, mistress of the side-eye.

As Chris Waters said, there's the sound of breaking glass in that last panel.