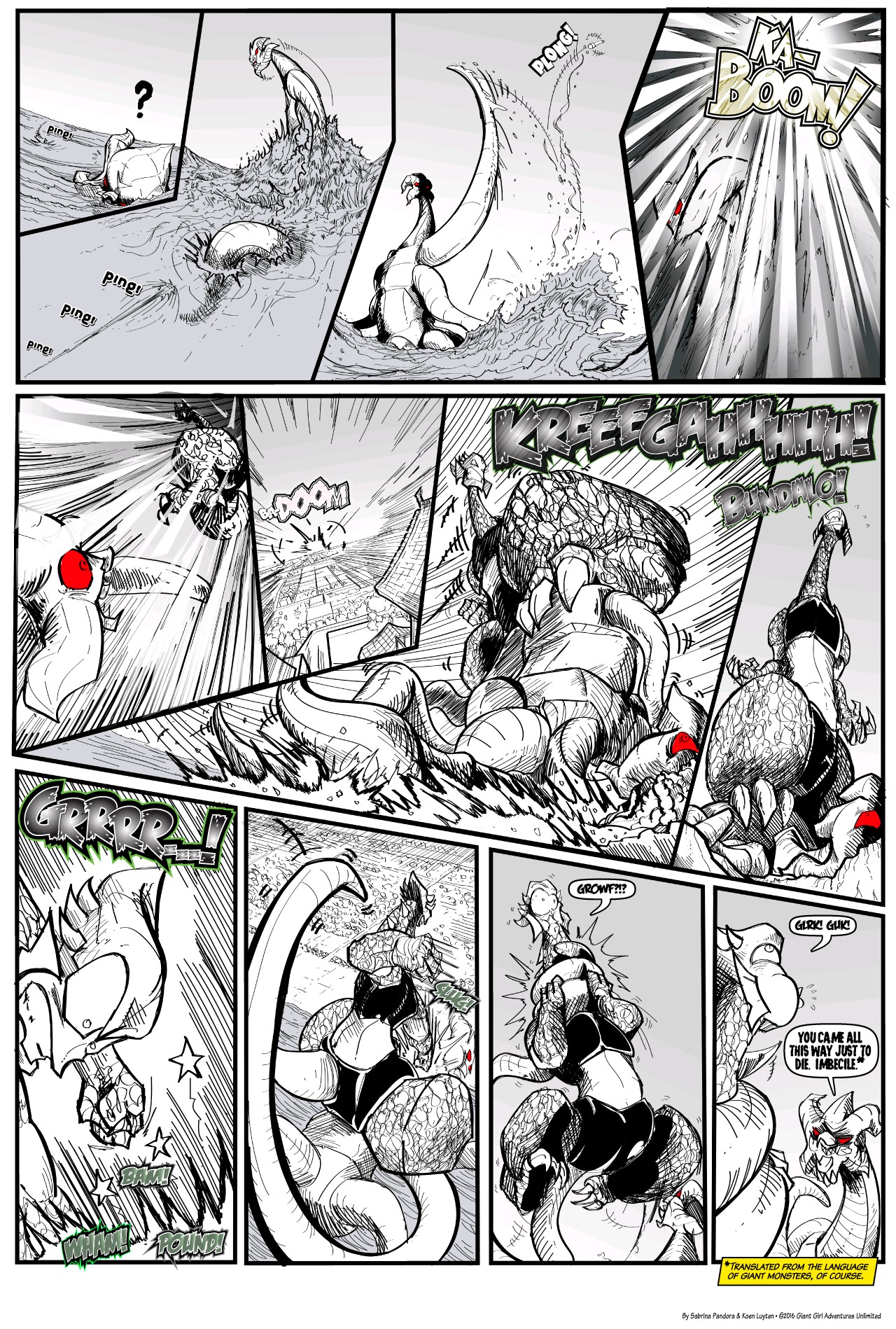 So in my draft the torpedo blew SHTO out of the water toward the mainland, then Wreckasaurus came screaming in from the north, landfall to toss Ralphzilla and create a counterwave to the torpedo's blast wave, smashing Octoking between two opposing forces and putting a giant-sized Ralphzilla on top of him to beat the crap out of him as the tide rolled back in.

So Koen didn't like the idea of a tidal wave headed for Japan and we went back and forth, but he somehow could not envision Wreckasaurus dropping off the torpedo, doing a power climb into the sky then coming screaming down from the direction of land. Absolutely would not compute for him and he refused to draw it.

This is collaboration. Sometimes the other party digs in and your plans change. So Octoking knocks the torpedo into the air, where it goes off then Ralphzilla flies though the explosion.

Panel 6 was supposed to be a shot of Ralphzilla as seen from Hamamatsu Castle, but Koen couldn't grasp that you could still see something a thousand feet tall from four miles away on a hill, so... yeah, there's that shot.

For the fight there, Ralphzilla is now a thousand feet tall, the same size as SHTO. Part of the reason Ronni had him riding in her cleavage was that she can affect things with her powers for as long as she has been in contact with them, so she wanted to insure when she made Ralphzilla four times bigger, he'd stay that way for the duration of the fight. Which might not be very long now...