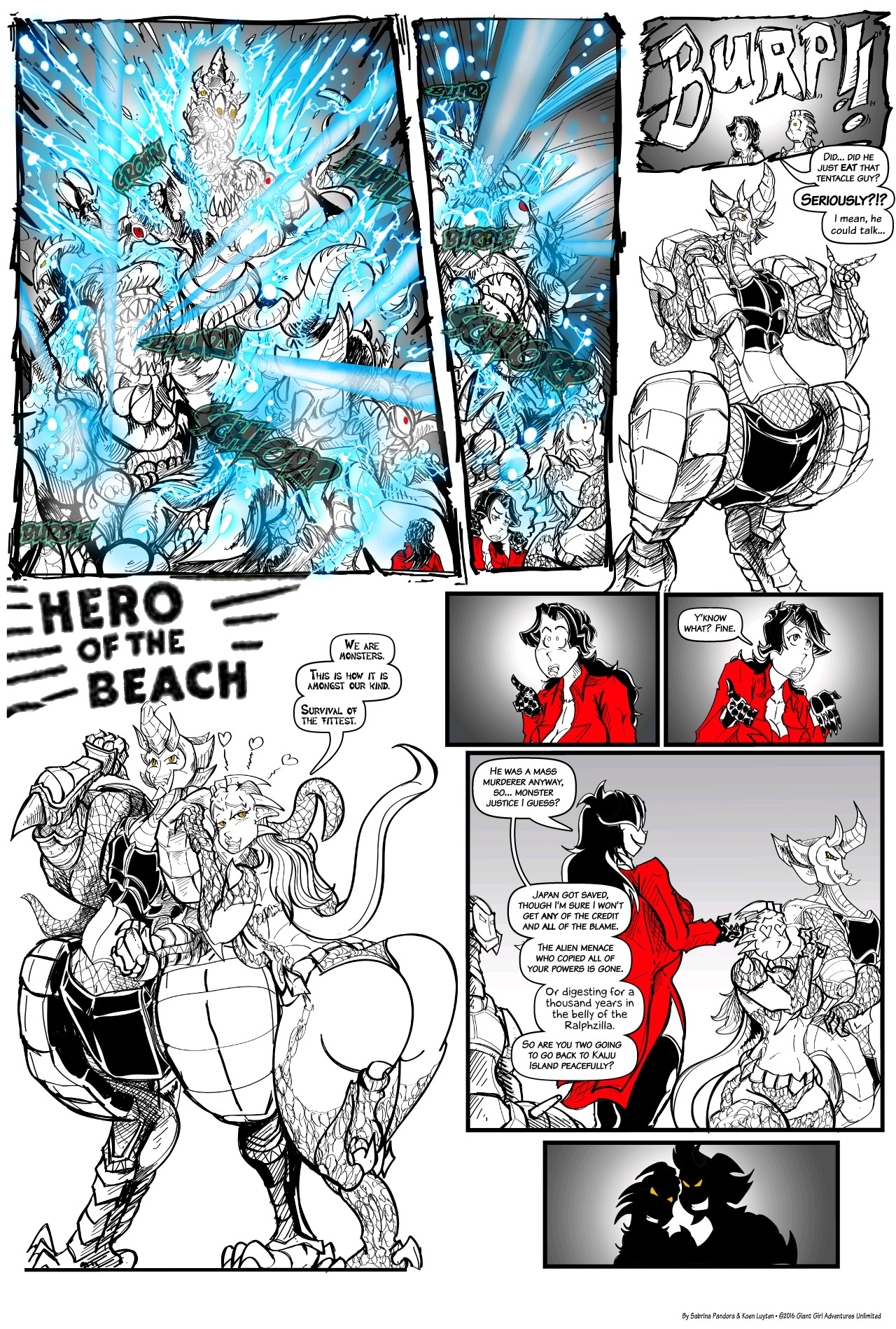 I always forget when my own darn comic updates.

Guess who won in the 'whom eats whom' battle? Say hello to King Ralphasaurus, hero of the beach. That really is a doctored old Charles Atlas ad for those of you who remember what those were, and those who don't can google it to see some of the comics ads from the silver age in all their glory.

Ronni tries out morality here and realizes that sometimes it just ain't her canoe to paddle.

Funny sidenote, I found out yesterday that I haven't gotten Ralphasaurus' name right for easily half the issue. Go me.