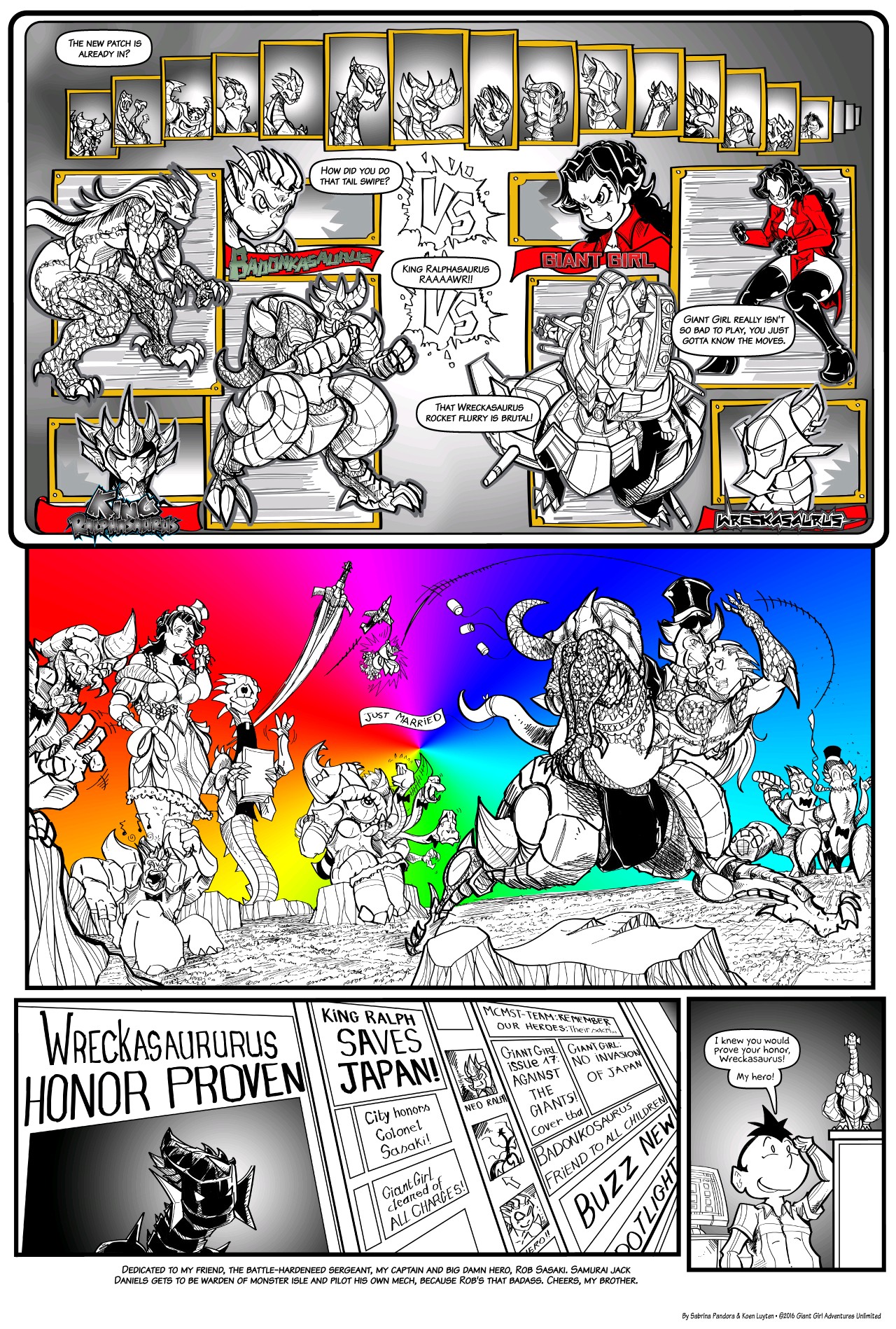 Sorry for the late update gang- scheduling snafu on our end.

The name of the issue was "Kaiju Island Chronicles" because that was the name of the fighting game that we introduced back in issue 7, which we showed Kumiko playing at the convention Shigeru took her to, which demonstrated to her how she was a beloved figure of Japanese mythology and helped teach her to embrace her heritage. So it seemed only fitting that we bookend this issue with kids playing the game in an arcade, beginning and end.

They took the horns and tail off Giant Girl on the game, indicating that she has been demoted from 'pure evil' to just 'bad girl' in Japan for her involvement in the Octoking affair, though of course King Ralphasaurus, Badonkasaurus and Wreckasaurus got most of the credit.

Blame Ronni for the awful bridesmaid dresses and giant-sized props at the wedding of King Ralphasaurus and Badonkasaurus. The gang are going to have to fight over something else, because with his new powers and physique that did the trick for Kumiko. I like Lt. North catching the bouquet with Chase 1.

Side note- I accidentally renamed Lt. North this issue and decided to let it stand. I also could not remember for the life of me that it is 'Ralphasaurus' and not 'Ralphzilla' for some reason. When I get the print edition ready that will definitely be on my list of things to do. I also forgot to put the end cap on this one, but suffice to say this is the final page of this issue (sans the three pinups yet to come).

We hope you enjoyed this issue as much as we enjoyed bringing it to you. New vote incentive on Wednesday that will be a sneak peek at what we're brewing up in the lab for you as we speak, and thanks for reading!