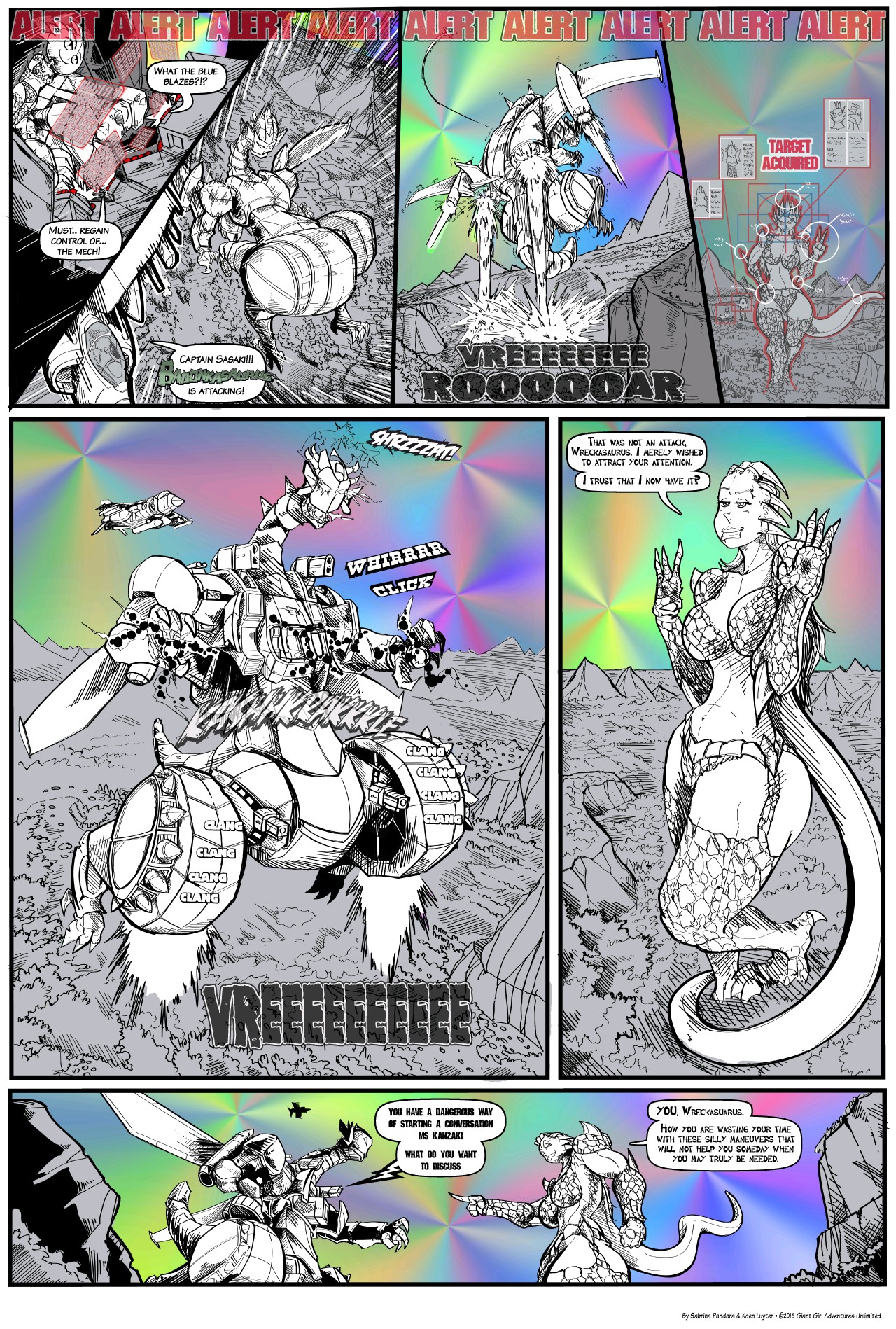 You gotta admit, Badonkasaurus knows how to get a man's attention.

I love the images of Ralphasaurus and Rolf Benershke peeking up over the edge of the battle arena crater on the island in panel 4 along with the HUD readouts on them.

The font that I chose for Wreckasaurus' PA system had really screwed up punctuation, so suddenly he had a very flat monotone voice, which I thought made for an interesting touch. I'm also pleased with how the lettering effects turned out on this page combined with Koen's artistic touches- I think it came together quite harmoniously for effect.

First real look at Wreckasaurus armed and ready for war. Looks like that arcade game wasn't do far off after all, eh?