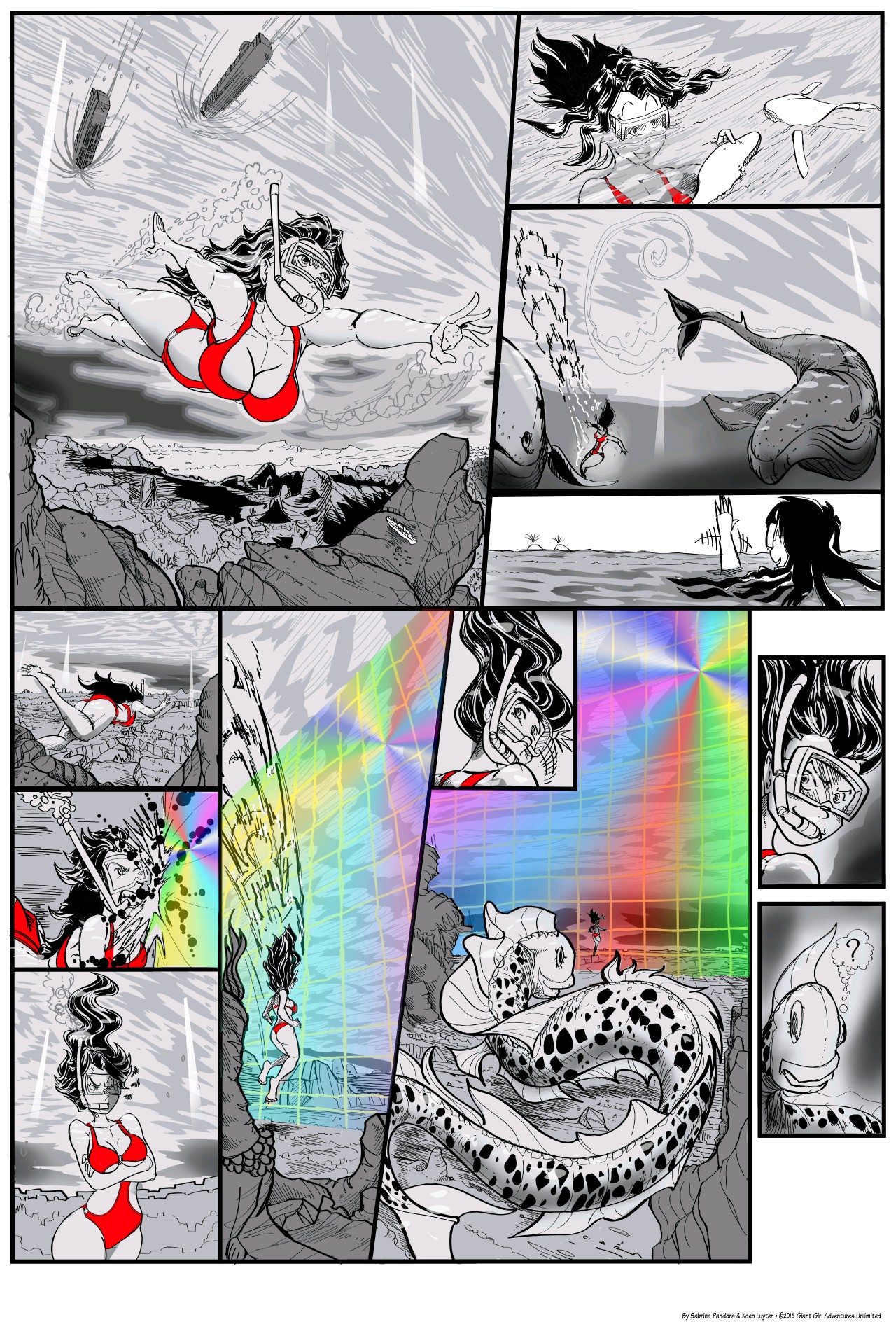 Again, we decided on a silent travel montage.

One of Ronni's biggest tricks, pun intended, is to travel vast distances by swimming. After all, in the open ocean she can get 4 or 5 thousand feet tall and swim, covering vast distances rather quickly without fear of doing unimaginable loss of life and property damage. In the ocean she's just a great leviathan moving a lot of water out of her way. She has to make sure she doesn't surface underneath any ships on the surface, which can be tricky- in panel 1 you can see a few 1300 foot cargo ships above her for scale, and the wreck of a battleship on the ocean floor beneath her, which is tee tiny. And of course we'll assume she scares the living hell out of submariners when she does this, and more than one boat likely has stories of how they lost paint by scraping along her boob while she wasn't paying attention.

We both liked the idea of her taking a moment to swim with some whales. RIP Leonard Nimoy.

Of course she slams face-first into the prismatic shield around Kaiju Island, which of course extends down into the water- after all, many of the kaiju are amphibious, so it just makes sense. Thus she shrinks down to considerably smaller size to reorient herself to the situation, spotting an exotic and rather pretty eel swimming nearby, which clearly gives her an idea.

Thanks for reading, gang. We're really enjoying bringing you this issue, and we hope you are enjoying the read!