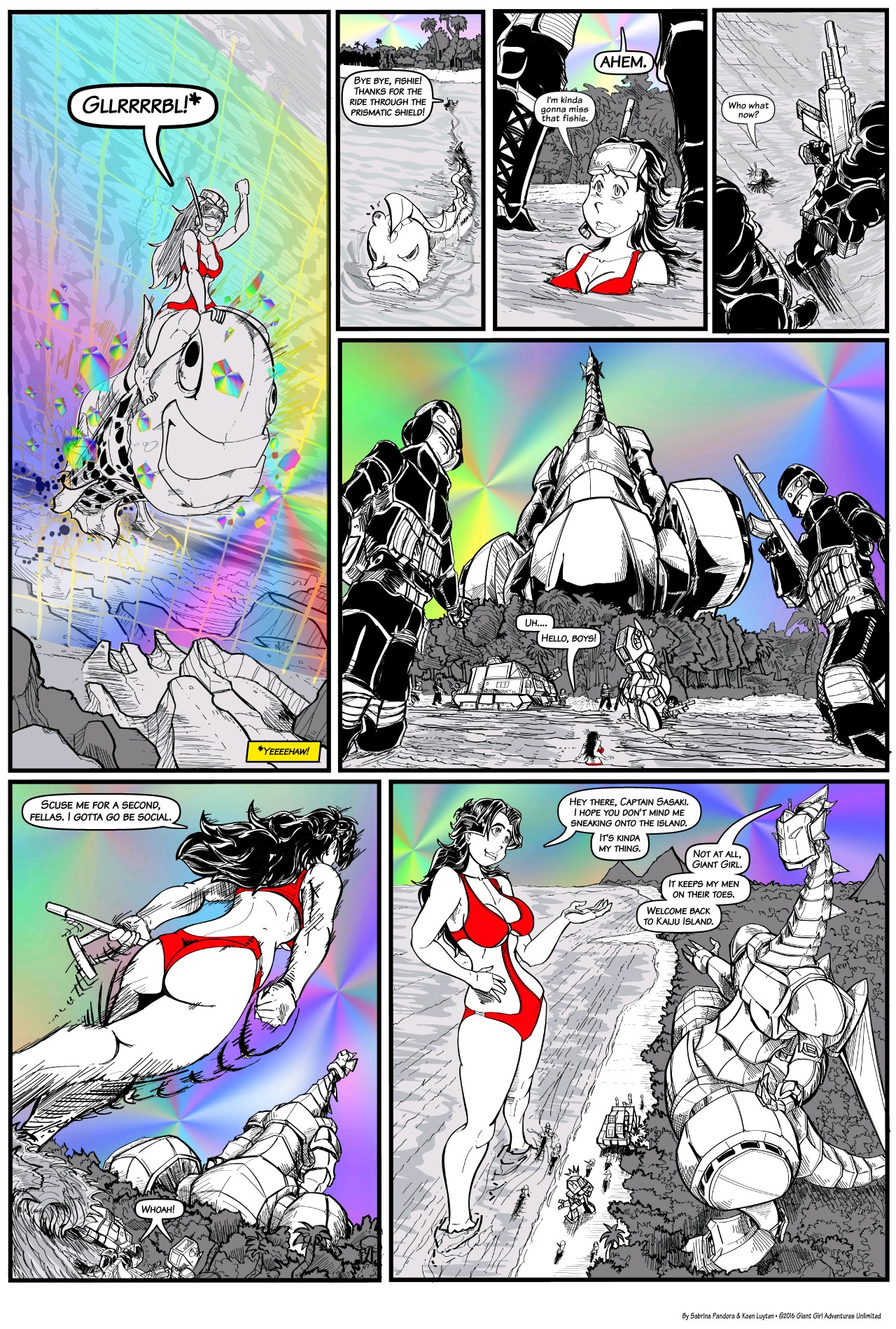 So far, 2 trips to Kaiju Island, and she has yet to repeat herself in sneaking onto the island. And both times she has been caught by the 801st Dragoons, the Japanese Army troops stationed on the island.

Dawns on me I should have used Wreckasaurus' broadcast voice instead of Captain Sasaki's, as he would be broadcasting through the mech's loudspeakers to be heard. Ah well.