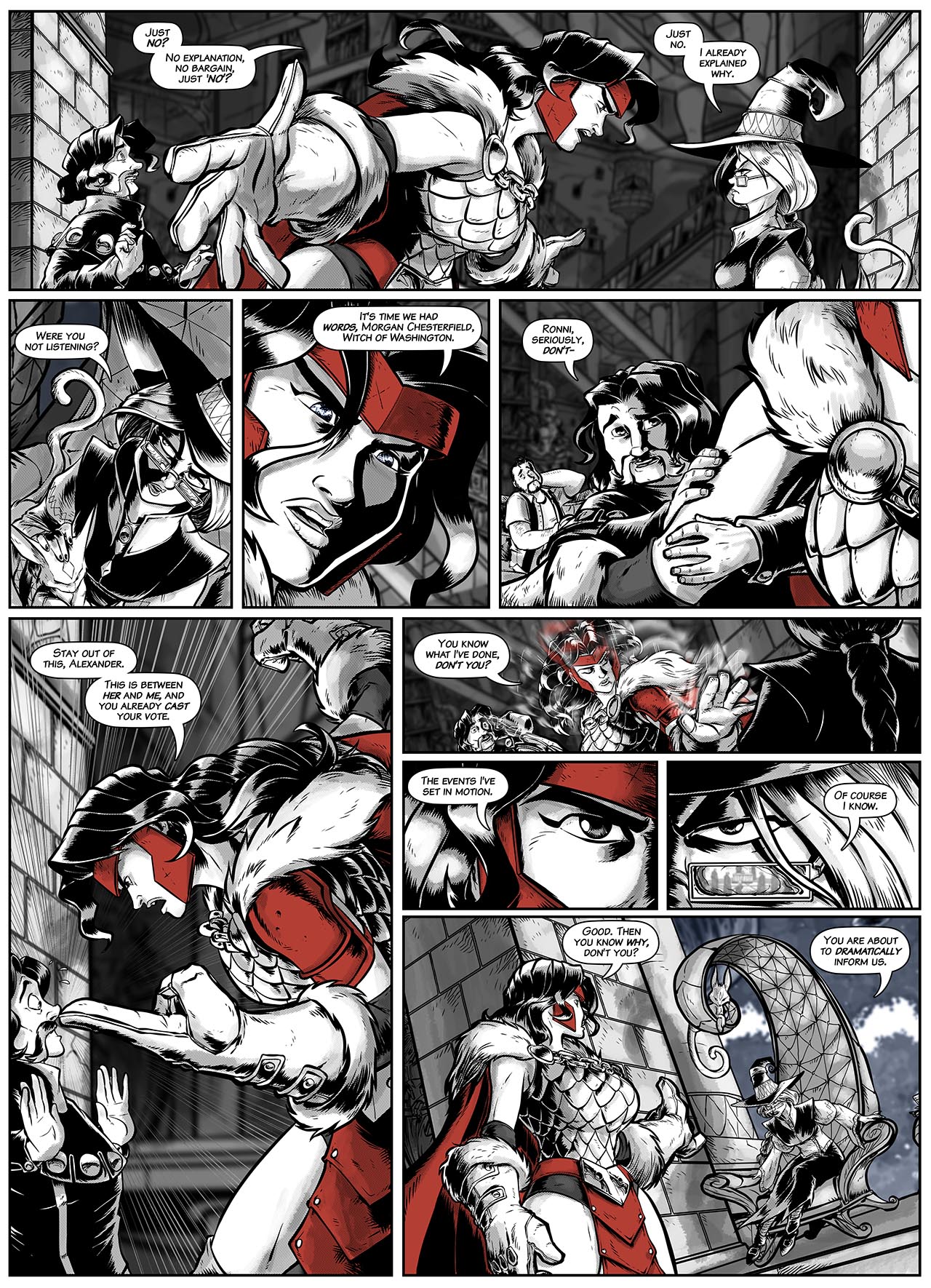 Time we had words

To the witch, this scene has already played out a dozen times. She foresaw this quite a while ago, and this is tiresome for her to see it played out in realtime, because the capacity for this scene to surprise her is remarkably low. She explained why she pulled Ronni out and to her mind, that simple explanation will suffice.

People’s feelings, loyalties and choices matter far less to her than results. Because you live long enough, your compassion tends to wither a bit.

I love how Ali is so desperately trying to restrain Ronni throughout all of this. He may have screwed up with her, as illustrated here, but he definitely doesn’t want Ronni to experience firsthand just what his mater familia is capable of doing to someone. However, if he wanted his voice to count with the big girl, he should have made different choices… including here.

Telling Ronni the party will be fine without them was NOT the right answer for a supportive backup. Although at this point I am again going to point out Ali’s tendency to repeat what others say. It’s a tactic for ingratiating oneself to another, but it is REALLY not working well for him in the here and now.

As we’ve seen in a lot of this arc, particularly since I’ve come on board, Ronni’s physicality and build have actually altered a bit with her moods from time to time. Sometimes, it’s simply a matter of muscles flexing more because she’s actively USING them.

Other times, a little of her mother’s temper is finding its way out and visualizing itself appropriately.

Ronni here is really trying to keep her cool with Morgan and it is clearly not easy for her, all things considered. Also, Sabrina REALLY pushed me to go huge with the gloves rather than conforming them to her smaller hands. It has been a LOT of fun playing with those big ol’ mitts.