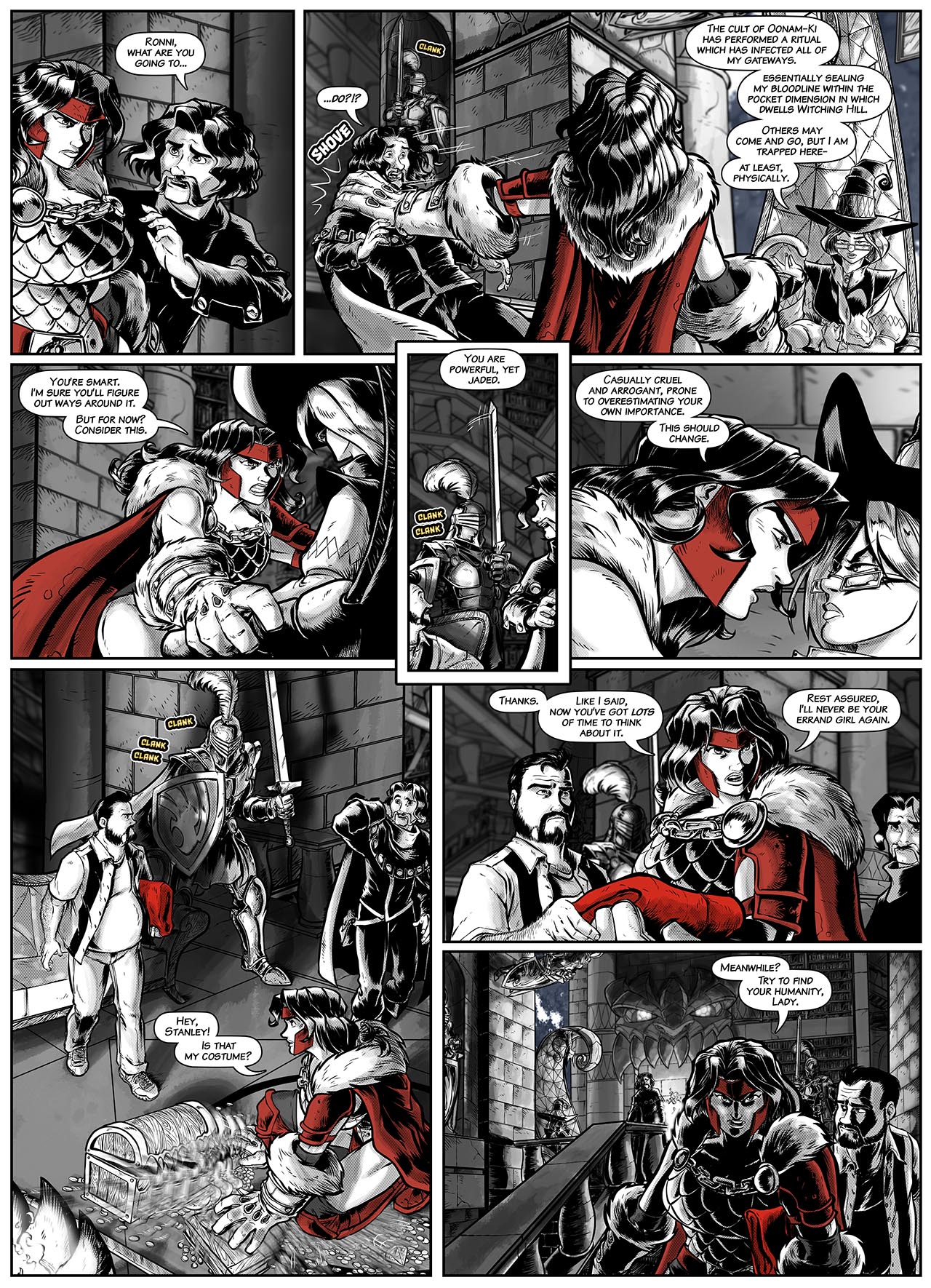 See, Ronni WAS going to dramatically inform us back on page 111, but the witch interrupted her with her ‘woe is me’ bit about her grandson not ever going to exist, so she managed to forestall Ronni’s explanation of what she’s done for an entire page.

I love how poor Ali really is getting the short end of it from Ronni, who is angry and unreasonable at this point. She isn’t really mad at him and she has no reason to be, yet he is definitely on the receiving end here.

Once she gives him a shove, you can see the animated armor suits in motion, and they become an element of the scene. Helmed horrors FTW. You can tell, however, that the witch is restraining them- they move, but they don’t attack. Again, she is showing remarkable restraint in this matter, for reasons that we’ll go into.

Mostly because she still holds out a shred of hope for her plan, and she’s quite depressed about how this has played out.

Nice that she finally recognizes Stanley and makes her exit with him. He’s kept out of this because he knows more than he’s letting on, and the big girl’s already mad. What he’s going to tell her will only make her madder.

Anyone notice any difference in his model from the original design?

By and large, I tend to design the backgrounds in such a fashion that I can clip elements of one BIG shot and re-use them behind heads to save a little time. In this case, when Ronni reappeared in the parlor, I had actually drawn and rendered the entire BK behind her AND behind the portal with no characters in it so that I could grab pieces of it for use on pages like this.

However, the BK in the last panel here was almost as much work as half of the rest of the page. Lol. Still, it looks REALLY nice, so it’s hard to complain.

It’s fun finally getting to draw Stanley and figure out his model in my own style.