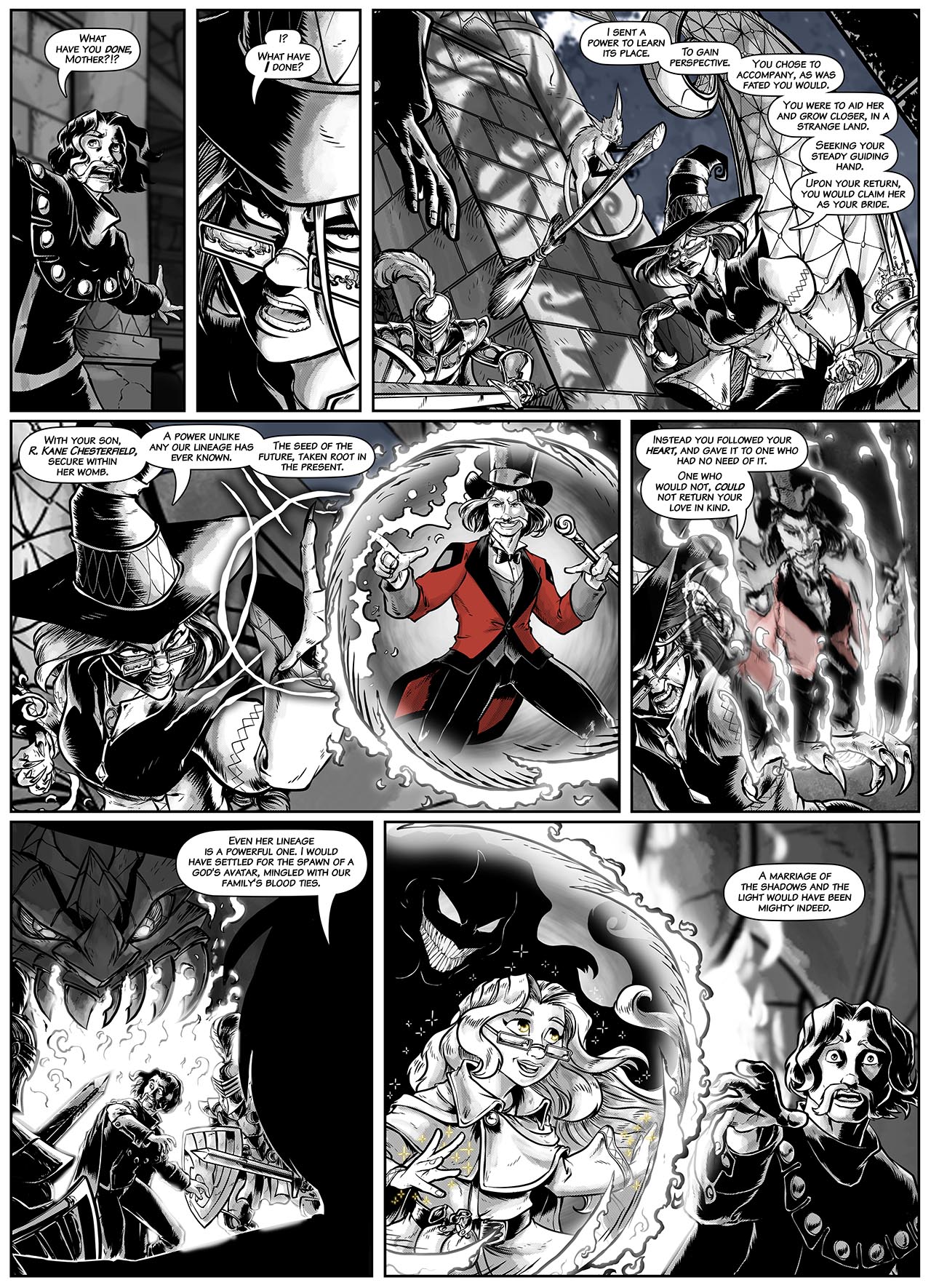 Seed of the future

A definite turn in tone, we begin to see just how restrained the witch was when dealing with Ronni, as she begins to deal with her own son. I love how her look subtly changes here, as she shows Ali just what might have come of his adventures. This is some amazingly bad parenting, poor manipulation work and really a lot of poorly directed power and self-crafted frustration here.

But the image of R. Kane Chesterfield tells you everything you need to know about what sort of man he would have been.

As the room reflects the witch’s ire and the fireplace literally roars and the animated armor suits clonk in close, I wanted the greatest reaction on the page to be Ali stricken by the illusory image of he and Britomart’s potential daughter. Dee nailed that cheerful innocence of a golden girl that I asked for, and the sinister shadow watching over her was a perfect compliment to her. Because I wanted you to believe that look of shock and loss in Ali’s eyes.

Also, mind the shadows, for they tell tales…

Dramatic lighting, claustrophobic framing and over-the-top, dramatic acting! I am in artist heaven with this page. I really enjoyed tweaking Morgan’s model just a tetch to push her more to the “wicked” witch paradigm as she goes here, extending some of her features a bit. She is a delight to draw.