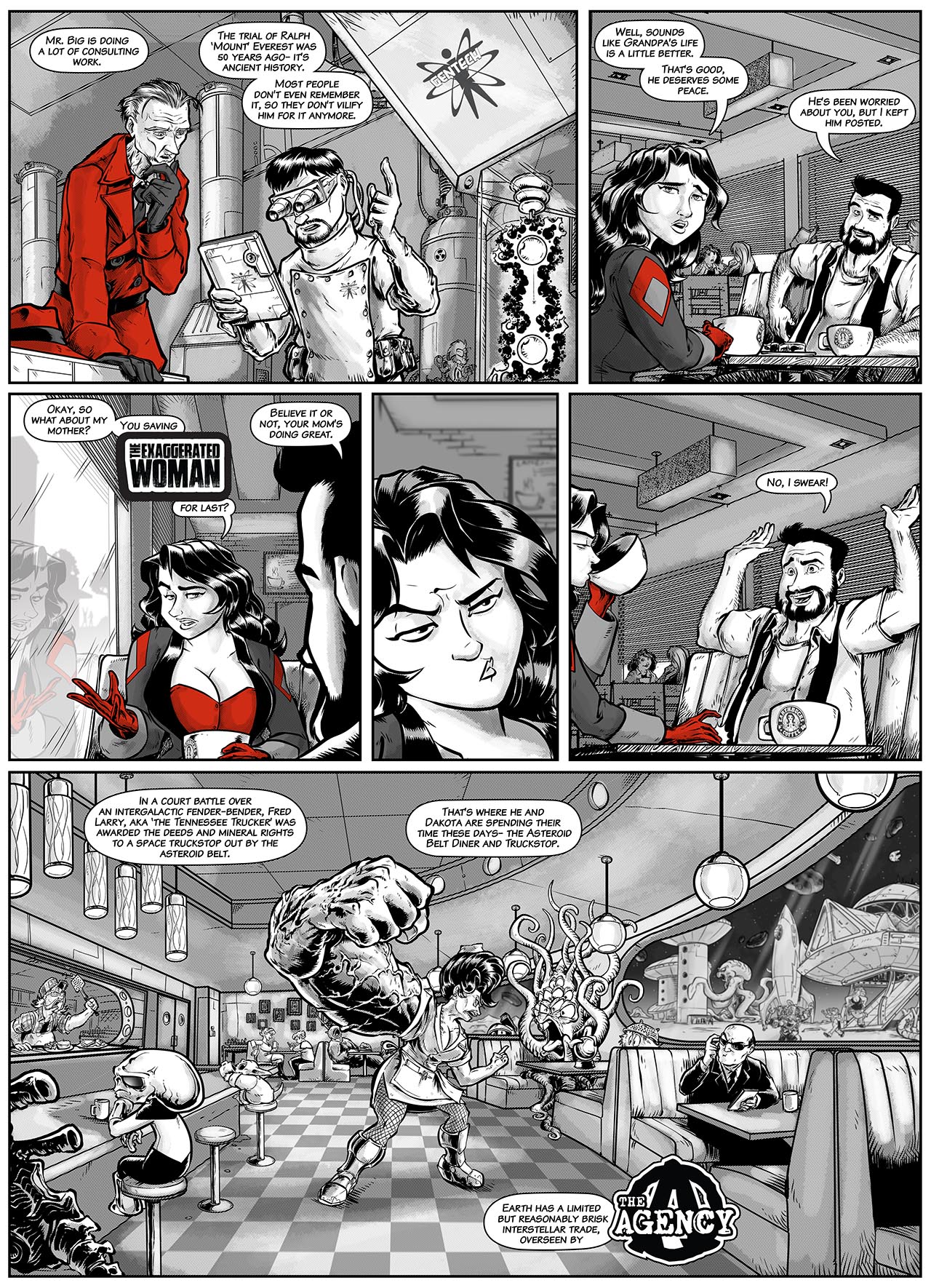 Ralph Everest and the trial of the century is something we’ve touched on, but never fully illustrated. It’s scheduled to be shown in Issue 19, which we’re expecting to be putting out sometime late next year I think?

It’s coming, one page at a time.

Meanwhile, sensational trials of the 1970s are ancient history today. Most folks under the age of 30 don’t even know who Jim Jones was anymore, or even Charlie Manson. So while Mr. Big might get the occasional recognition, likely it is less and less every year. So he spends less and less of his time doing his Harrison Ford impression. 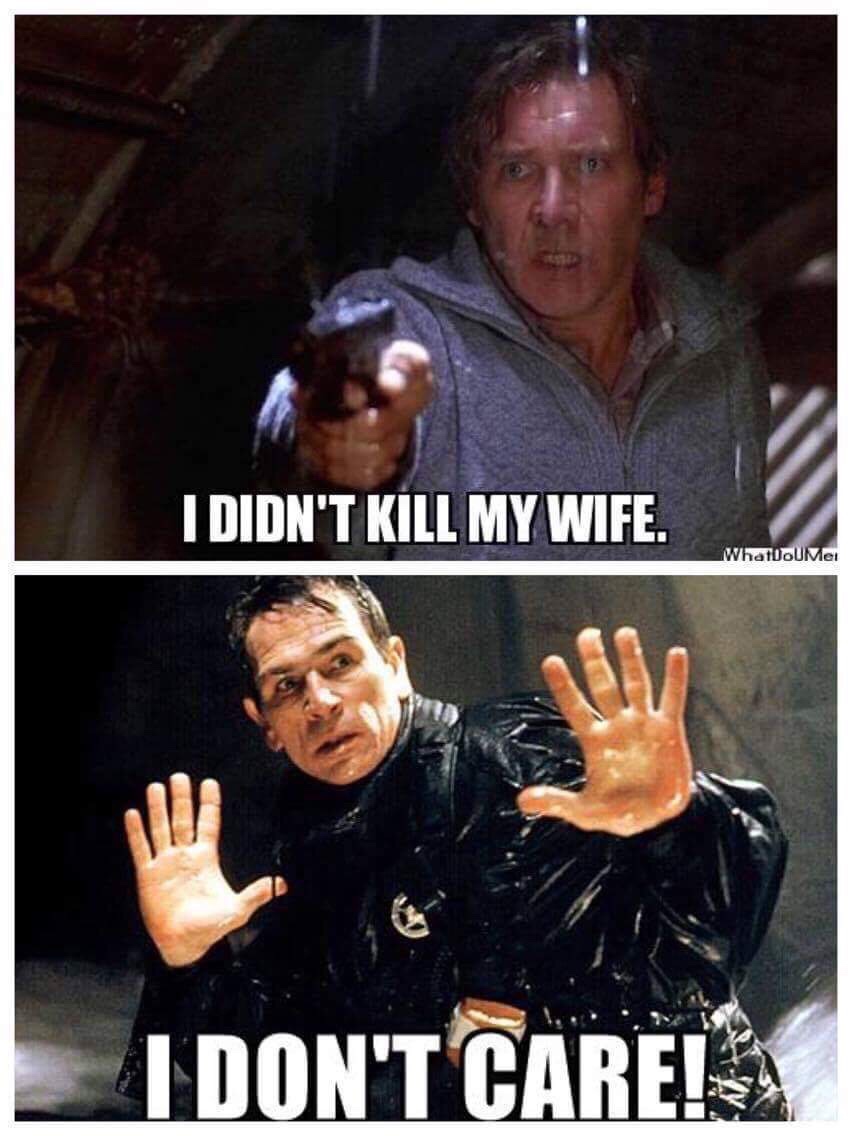 Which, it’s very possible, is also a reference old enough that no one gets it anymore, either. Ain’t time a gasser?

I love how punked Ronni looks when Stanley gives her the news and he leans into it. Dakota Kane is a rage monster- literally, as you can see in issue 11, the flashback to the 90s. She is where Ronni gets a lot of her self-destructive tendencies, and her temper. Which she tries to control, because nobody wants to grow up to be their abusive mother.

Meanwhile, the Asteroid Diner and Truckstop is kind of perfectly envisioned here, and for some reason the trucker superhero who is now a space trucker, living with the meanest waitress this side of Alpha Centauri, makes me laugh a lot.

And the page is rife with cameos that are pretty darned obscure to anyone but us, but again, that makes us happy.

The cameos were a LOT of fun to draw. I will give a trillion internet bragging points to anyone who can figure out who even 3/4th of the cameos are! Hint: You would literally need to be stalking Sabrina and I in our personal lives to even have a shot!

Also, please do NOT stalk us. Lol

Also fun was getting to REALLY go nuts with the cartooniness here and stretch the comedy muscles, even with Ronni and Stanley in the coffee shop. As always, I love drawing solid “acting” and this page has a LOT.