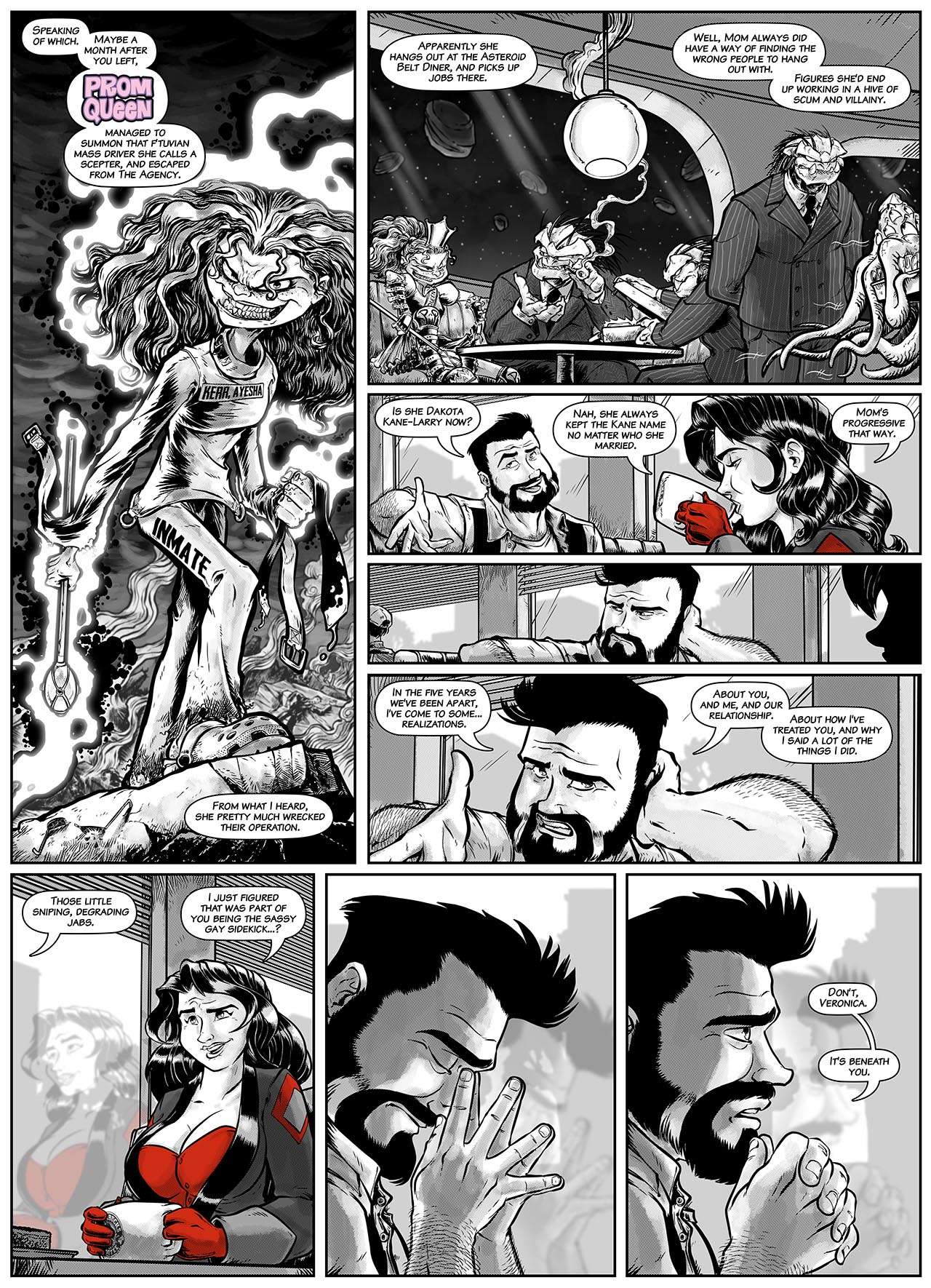 Prom Queen was an early departure for the series, as she was the first genuine threat Giant Girl faced who was determined to extinguish her. Which in turn caused Ronni to get big enough for her foot to fill a football field, and her stomp cracked the earth’s crust a bit. I’d always planned for her to escape- if you paid attention, there’s a scene in issue 11 at Bobbie Doll’s funeral. The Agency gives GG grief about her handling of PQ, and so she zips her scepter back to full size and hands it off to the Agents, knowing it’ll probably result in catastrophe. But they are riding her ass about it, so she hands the responsibility off to them, so Prom Queen will be their problem.

Which, now we see how that worked out.

Another Flying Spaghetti Monster cameo for the win, this time in his part-time gig as a busboy at the Asteroid Belt Diner instead of telling fortunes.

After which we settle into a serious conversation. I love how Stanley’s final line just cuts through it all. Stay tuned…

Koen’s art and design on Prom Queen as she continued to evolve and destroy in her initial appearance were intimidating to try and adapt. I  first took a shot MANY pages ago in her origin flashback, and have decided to really embrace a more cartoony sense of proportion to her here. I loved the idea that the Mass Driver warped her physically and that those alterations have remained in her twisted face and proportions.

I LOVE drawing her, and visualizing what she looked like upon breaking out was too much fun.