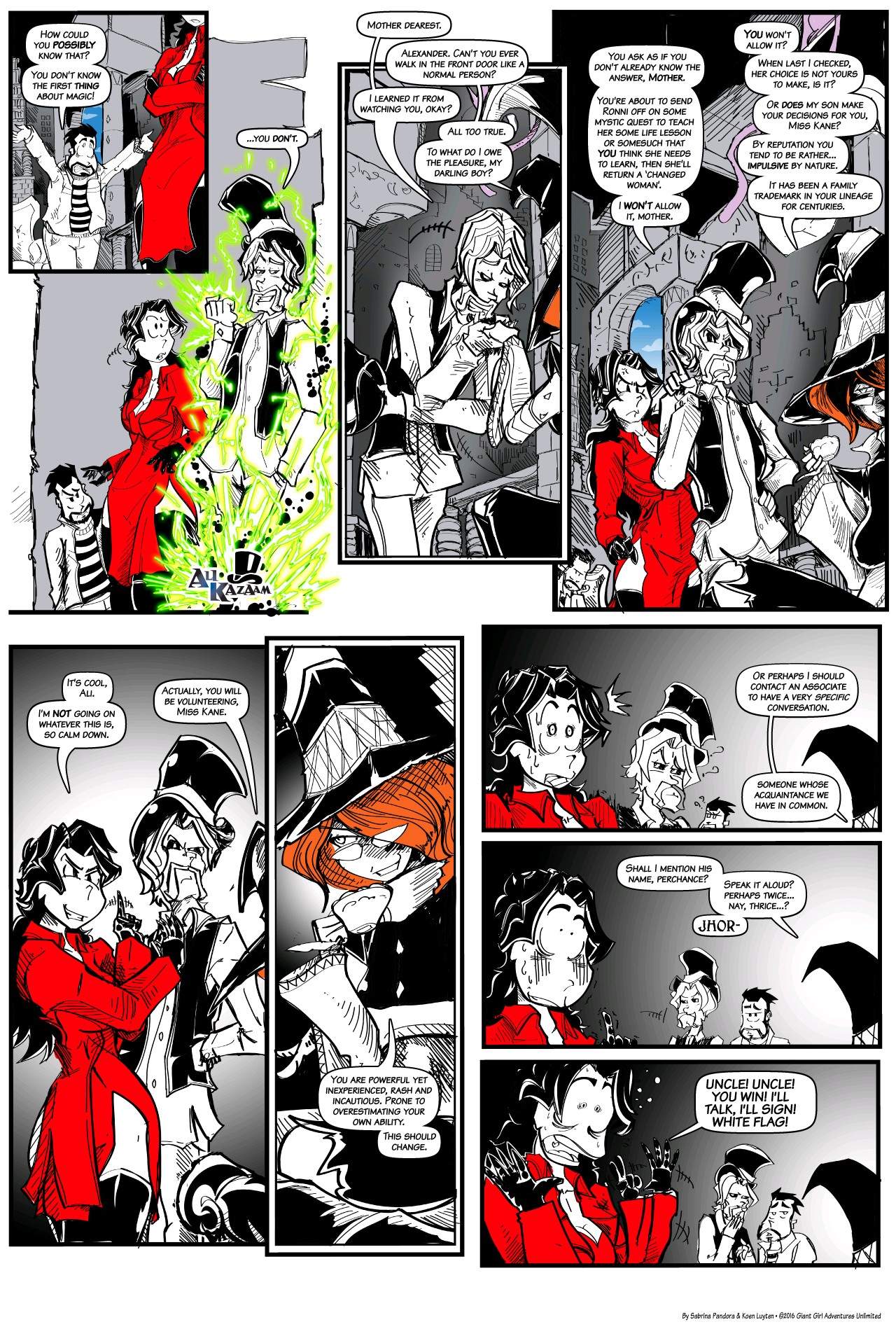 Ali Kazaam speaks his spells aloud, and when he teleports he says "Now you see me, now you don't" Of course, the last two words are said as he arrives at his destination. We've never shown him teleporting away, so this gag has never actually worked properly. Instead he just seems to show up to mock 64 Bit each time.

I aimed for an uncomfortable to observe mother/son relationship. I think I succeeded.

Impulsive runs in the family, indeed. When Ronni meets one of her ancestors in the old west this will be that much more readily evident, if her mom and granddad have not established that sufficiently. Thus why Morgan points out the centuries part, because of course she knows that's coming too.

Bit of a twist spine panel there but I really loved the visual interplay between Ronni and Ali.

Okay, so here's Morgan's beef finally summed up. She knows what Ronni is capable of but she also knows our gal's flaws, and she has decided this should change. Note there is no discussion about it, just a flat statement that this state of affairs should change. Because that's how the witch thinks- not motivating people but making decisions and tipping dominoes.

Lastly, here's the witch in action. She knows how Ronni got her powers. She knows how it was done, and she knows how to tug on the one thread that can cause it all to fall apart. Since Ronni isn't giving, in, the witch goes ahead to begin launching into the summoning, at which point Ronni knows for sure this is not a bluff. Thus for the first time in her own book Giant Girl gives up like cheap car jack under a semi.