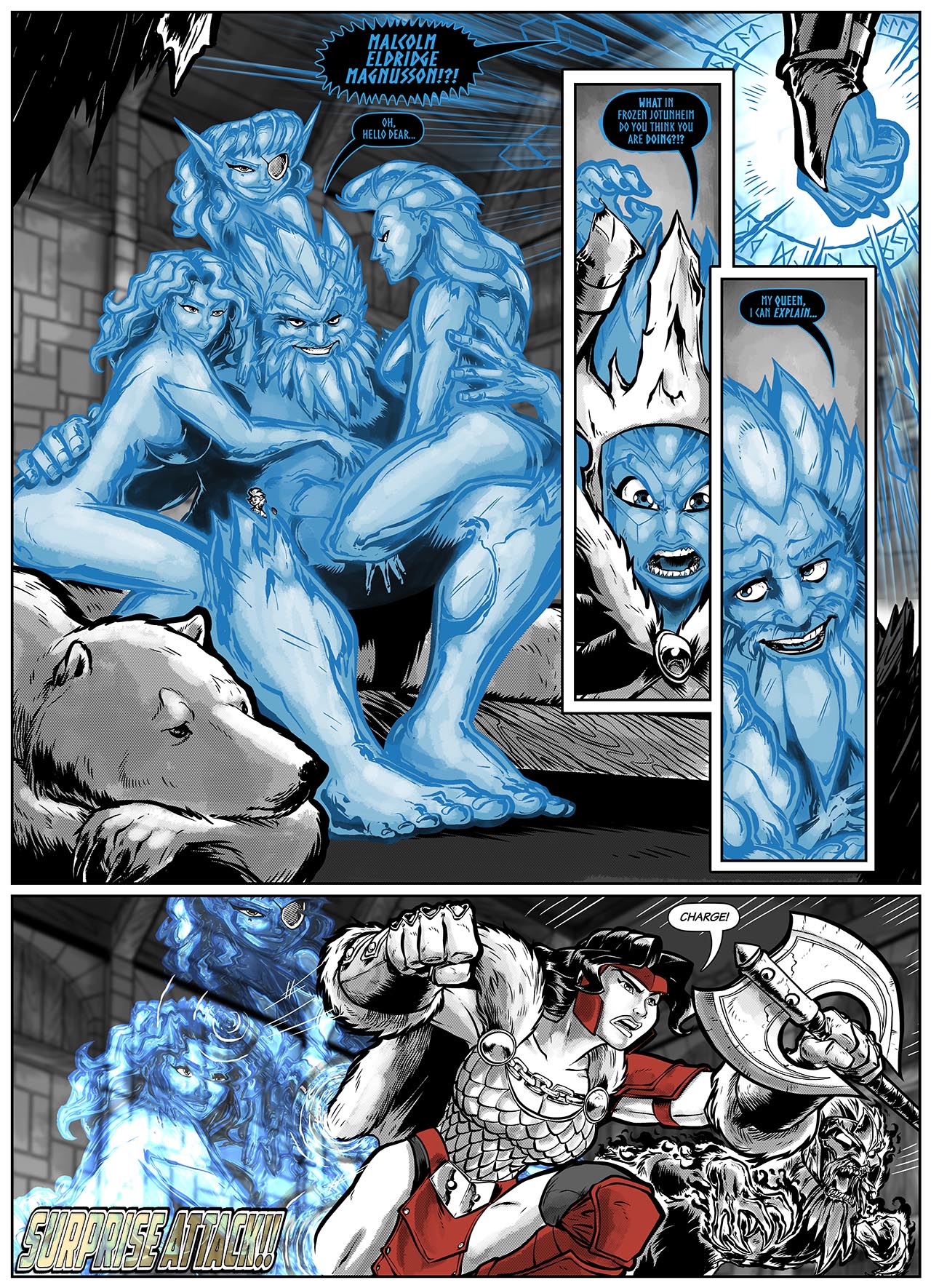 It’s good to be the Jarl

Malcolm is one of our patrons, who didn’t mind being rendered as a frost giant. As he is rather a great burly man, we cast him and promised him a great cameo. And here it is. Malcolm, here’s to you.

The idea here is that Ali Kazaam is casting an illusion to stop the charge in it’s tracks, and buy the party a surprise round on the guards and troops beyond the door. So that’s why it’s his expression on the illusionary Jarl’s face, and the three women are the ladies of the party, while Lexii is literally peeking out of the illusion so she can get a good look at naked Kane the frost giantess, as envisioned by Al’s obviously fertile imagination. And memory.

Panel 1 is dedicated to J. Scott Campbell, who etched this into my brain.

While drawing this, I had the idea that this illusion is being cast by Ali in my head, and as such drew his specific expressions as if he were providing the mocap for our dearly departed Jarl. It was a fun creative exercise to consider another characters “performance” on a different design.

The ripple effect was tricky to pull off, but I like the final product in the bottom panel.