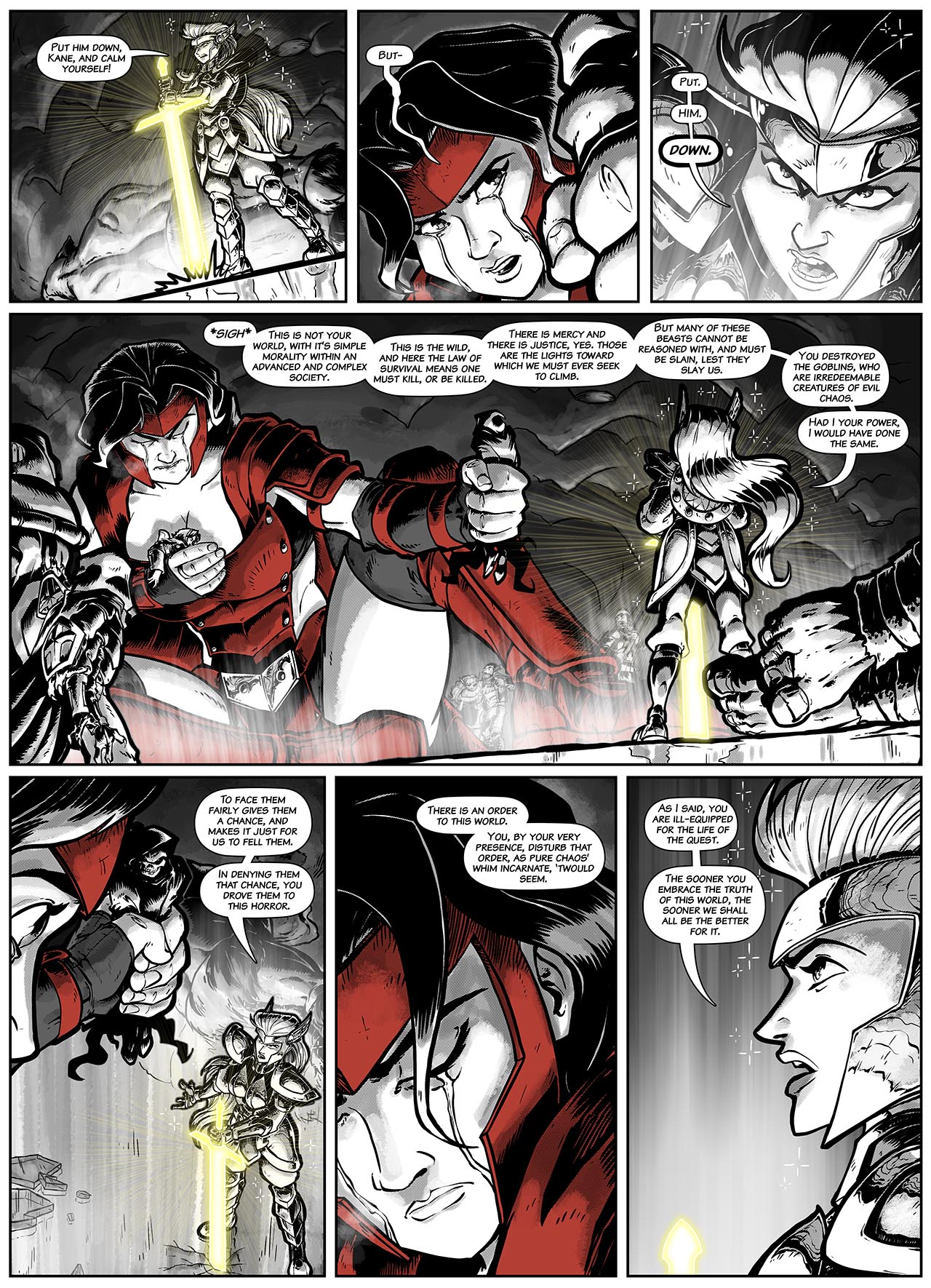 The Light of Truth

My favorite thing about this page is it truly is Britomart’s big moment. She plants her sword in the ice to underlight it all- serving her purpose, to drive back the darkness with the light physically as she attempts to do so spiritually. Kane is entirely likely to kill Karloff here in her moment of rage and pain and moral anguish, but the Knight of the Light puts her foot down and orders her to stand down.

Which, of course, you will notice, Giant Girl does not comply. You might also note Lexii is missing from every panel. Which is not entirely accurate- she’s invisible at the moment, and in the confrontation between Kane and Britomart, she’s got a bead drawn on somebody, make no mistake.

So, realizing her limitations, Britomart sighs and explains how the world works. THIS world in particular. A friend once described it as ‘Adventurer’s ethos’, the logic by which adventuring parties in fantasy worlds justify being roving murder gangs. In this case, it’s an examination of order vs chaos- Britomart is the representation of law, and Ronni is, as she observed, chaos’ whim incarnate. She do what she want, when she want, and usually how she want.

Knowing that she cannot beat Kane nor force her to obey, Britomart tries to shine a light into the woman’s soul, and while pointing out she would have done the same to the goblins if she could, that Ronni’s morality is ill-suited for this sort of adventure.

Which will drive Ronni to start making some choices in short order.

This was a big drama page, and hopefully it works for the readers as well as it worked for us as storytellers.

Artistically, I ADORE putting poor Ronni through this emotional ringer. She is questioning every choice she’s made and feeling extremely powerless about it all. As such, we worked to get that all and more into her conflicted emotions and the almost childlike scooching on her butt she’s doing here.

It not only allows for framing of the party around her and a way to have Brit look almost BIGGER than the literal titan in the room, but it visualizes her inner conflict where she has very little to actually say.