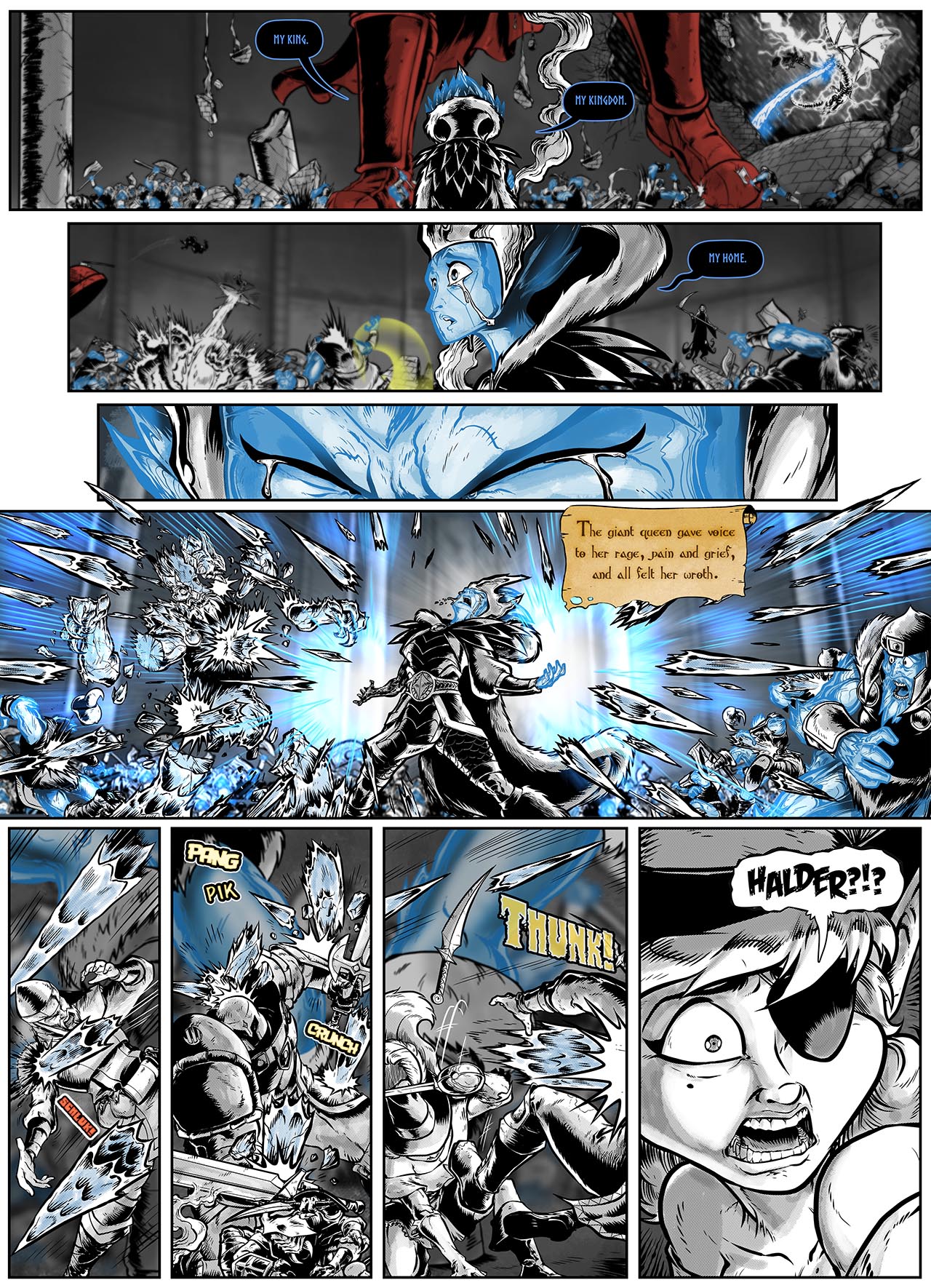 If you look at this from Queen Brunhilde’s perspective, five minutes ago her life was just fine. She was wondering what her big lunk of a husband was up to. Then one locked door later, and here we are. Her king is dead, twice over. Her kingdom has been overrun by men and titans. Her beautiful home, the central tower of the citadel that is their home, is in shambles, collapsing quickly under catastrophic assault. Her dragon is looking like he might just have met his match out there in the dark and stormy night.

Thus she explodes, indiscriminately firing those deadly icicles outward from her. Into her frozen dead husband’s ectoplasm. Into her own kith and kin. And into our intrepid party…

I’ma leave the suspense for next week. Also, 100 pages into a single story arc is an accomplishment even foir us, so here’s to page 100- that will probably be page 104 in the final printed volume- we’ll see, right?

This entire sequence between the Jarl and the Queen and her reaction here was the result of some very tight brainstorming between Sabrina and Myself, and I’m really happy with what we pulled off. We introduced a character a few pages ago that could have been less than one-note, and gave her an entire arc in a few pages to add a lot of gravitas to this battle. A battle, now, with some more serious consequences.

By and large, we’ve framed the major melee scenes in very specific ways, generally focusing on individual moments of badassery from our heroes in an ever-growing range of threats. Each major fight had upped the stakes and gotten more dangerous for our heroes, and this takes that to pretty much the only place it could go…