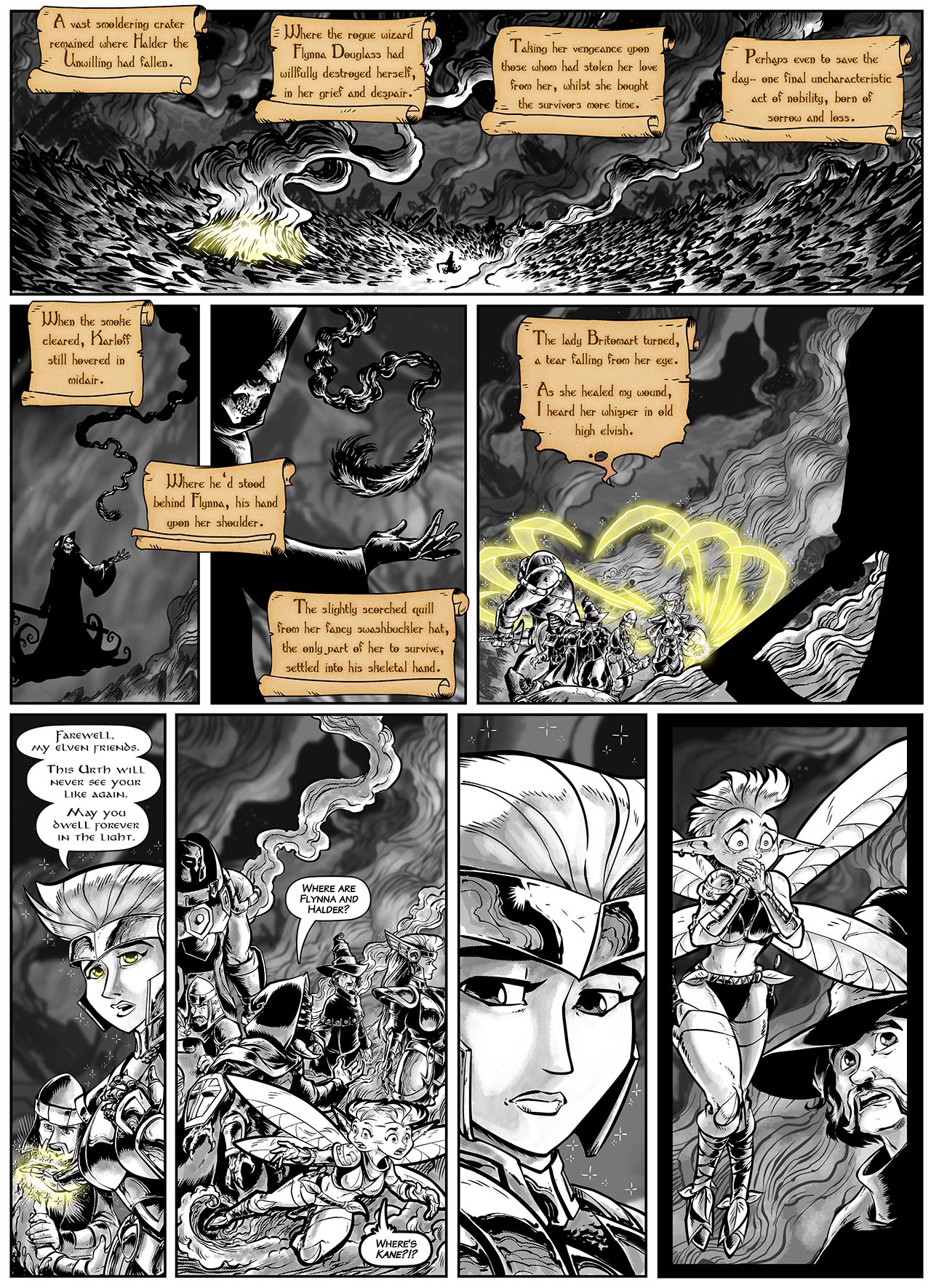 It is a mark of the artist that you should be able to put the page out with no words, no narration, and it still tells the story. As you will see in the comments below, this page meets and exceeds that metric. Dee brought it home after the catastrophic devastation of the previous page, to put more personal a cost on the faces of the survivors. Meanwhile I really wanted Swann’s narration, so I kept it. After all, his recollections of this even are the only eyewitness accounts that will survive for the generations to come to learn the tale, as it becomes legend.

For true immortality, bring a bard on the quest.

I know, cliffhanger. That look on Lexii’s face in that last panel is heartbreaking, ennit? Are they dead? All in due time…

When drawing the aftermath within the crater itself, I was inspired by an image I had once seen of the glass created after multiple lightning strikes on sand, combined with images of melted rock in the aftermath of Chernobyl. I wanted to really showcase just how powerful that blast was, by essentially melting the stone of the floor.

While Karloff and Britomart’s efforts were enough to protect the others, those involved are just now beginning to realize who all is missing from their numbers. I LOVE drawing Lexii, so I put a lot into the horror of her realization in that last panel. With Ali, I wanted his expression to read with a mix of conflicting emotions, ranging from shock to disbelief and even a little fear.