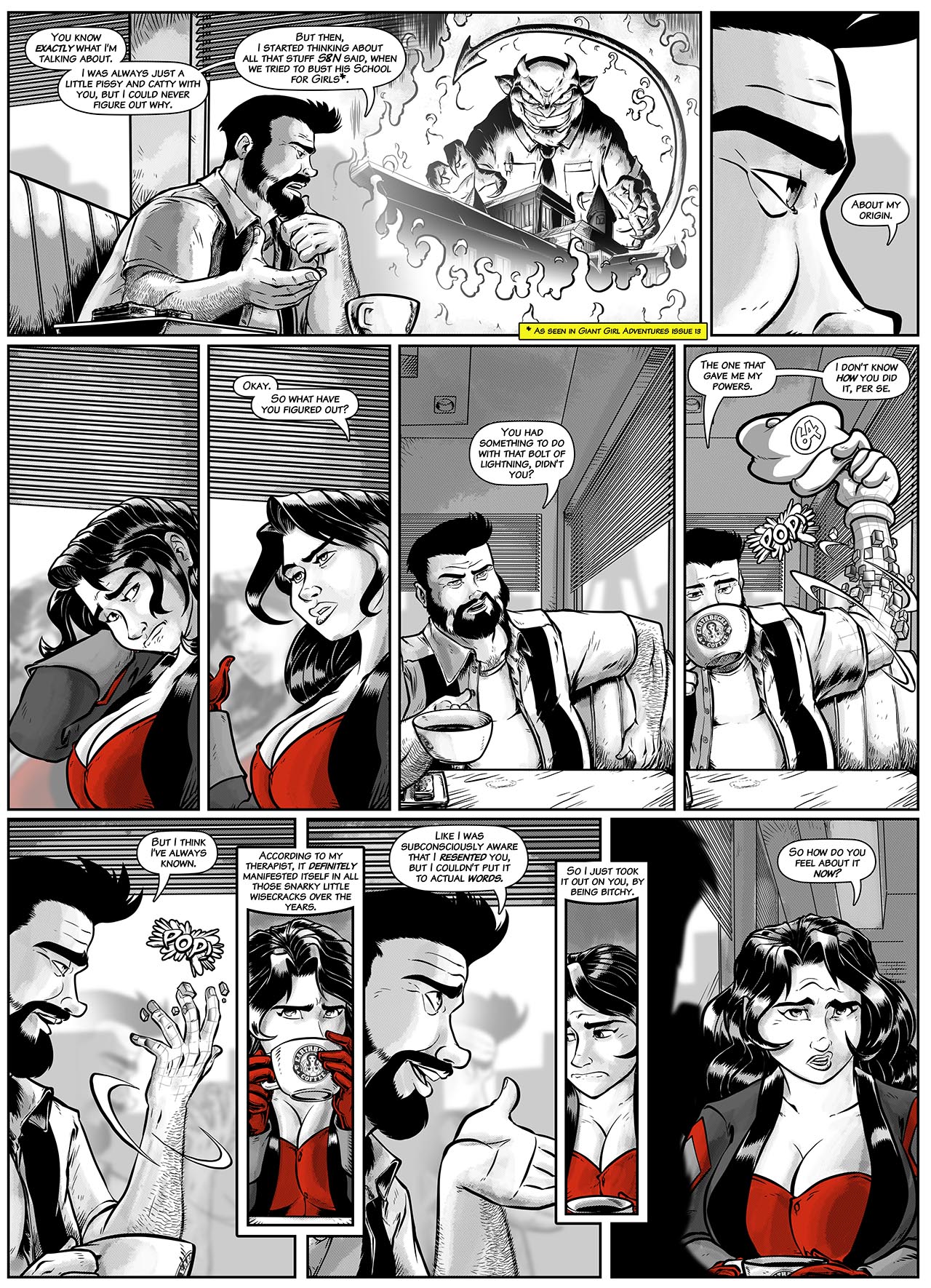 If you read that descent into Hell, to the boiler room ‘office’ of S8N back in issue 13, he really did cover a lot of ground, and point out some very good points. Which, now that we’ve revealed Ronni’s origin, begin to make a bit more sense. So Stanley just comes right out and explains what he’s figured out in those 5 years, and confronts Ronni with it. Who is, or course, evasive, as always.

64 Bit had 5 years to think all this over. It’s only been a fortnight for Giant Girl.

I love how Dee depicts 64’s video game avatars, with cel shading and the pixilation. It’s very cool to me.

This is one of those pages where I took the script and added a bunch of panels. The entire bottom row was largely broken up from, I believe, what was written to only be about two. Stanley spoke and then Ronni reacted. I pitched the idea in the bluelines of cutting back to panels of Ronni’s REACTIONS mid-speech in narrow, claustrophobic and shrinking insets, and I think it works well.

Also, Stanley transforming his arm to showcase his powers wasn’t in the script initially either. The creative back and forth is a great part of what makes this a really fun comic to create for both of us.

Stanley’s transformation effect was something I REALLY worked on creating a look for. It takes a LOT of inspiration from both TRON movies, where Kevin Flynn is first digitized in the original, and the DE-rexxing into voxels in TRON LEGACY. The cel shading for the shadowing was a way to subtly show, in an otherwise mostly black and white comic, that what he transforms into aren’t as really real as how we render reality.