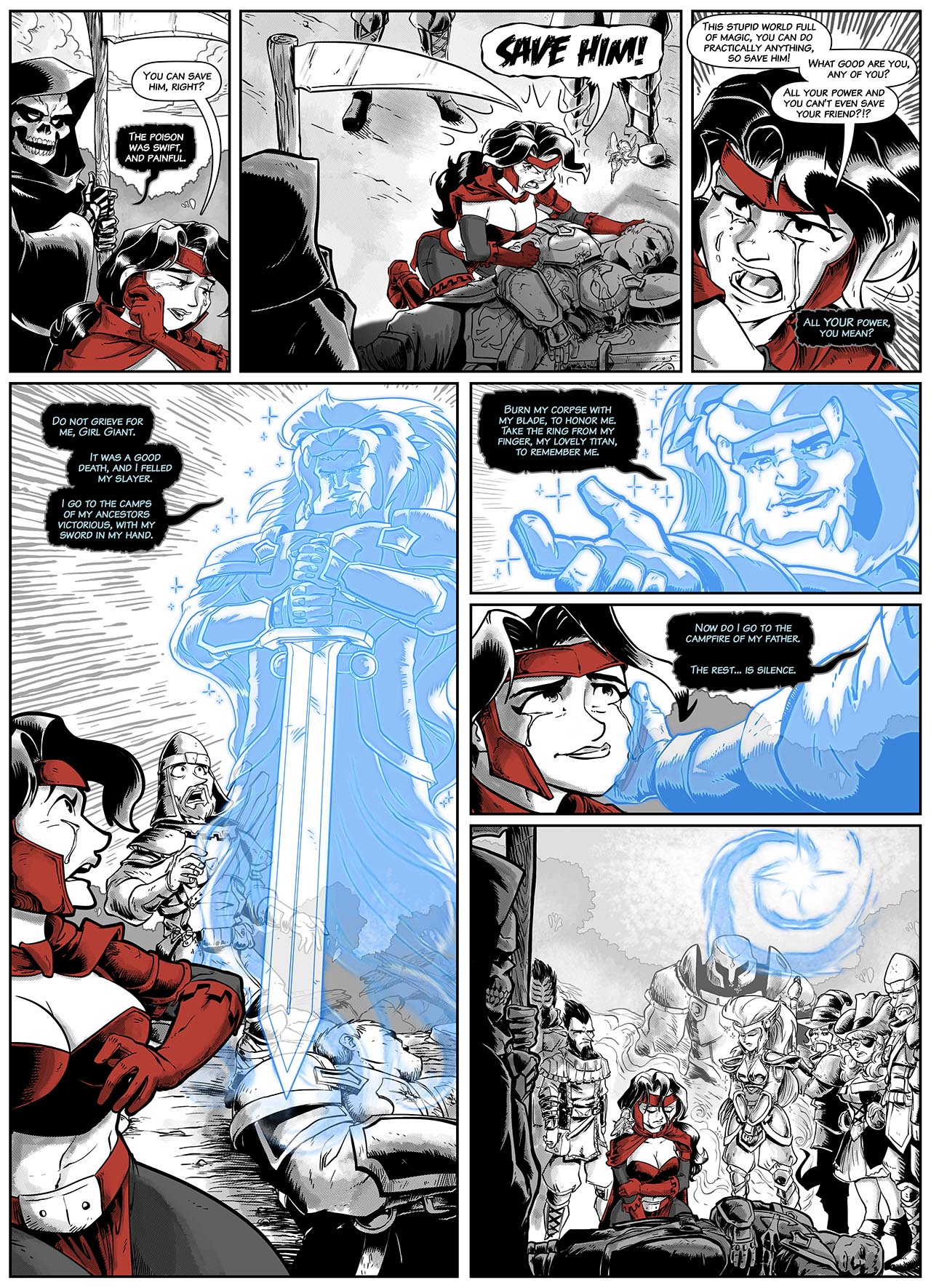 Soooo, he did warn that the poison would be swift and painful. Shadow of the spectre of Death across Leonitas' body was a definite intentional move on our part. In fact, if you watch Karloff's scythe, it is never NOT indicating something, like a tragedy weather vane.

Ronni losing her shit with all of them because they won't save him. Because really, SHE can't save him, and that's when having Karloff around is a little easier on mourners. Not just last words, but you get an awesome denouement speech as a badass lookin ghost. I want that when I croak! Okay, so, maybe saving Swann from a giant spider doesn't seem like a big heroic deal, but it is significant, and it did let him go out like a hero, at least for his culture and his afterlife. His death will also serve as a catalyst for events unfolding over the next few pages, which will be... well, I'll let you decide.

For now, we end on a moment that is sobering and hopefully a bit touching.

This page, along with the previous one, were both REALLY big deals to me creatively to nail. They represented a MASSIVE tonal shift from the more lighthearted, adventure energy of those first pages to something where I had to take these characters and make them really emote.

In hindsight, I kind of wish I had more time under my belt with Ronni as an artist as I think I could do better TODAY than when I did these pages, but I still think this sequence is powerful and, in truth, this turn towards the dramatic was one of the things I read in the script that REALLY convinced me to start working with Sabrina on GGA.

As an artist, I crave creative challenges​ and the script for this arc REALLY blew me away. It really is a gift bag of awesome for an artist to sink their teeth into and a tonal shit from a comedy to a drama to what is coming in the next few weeks made my art mouth salivate.