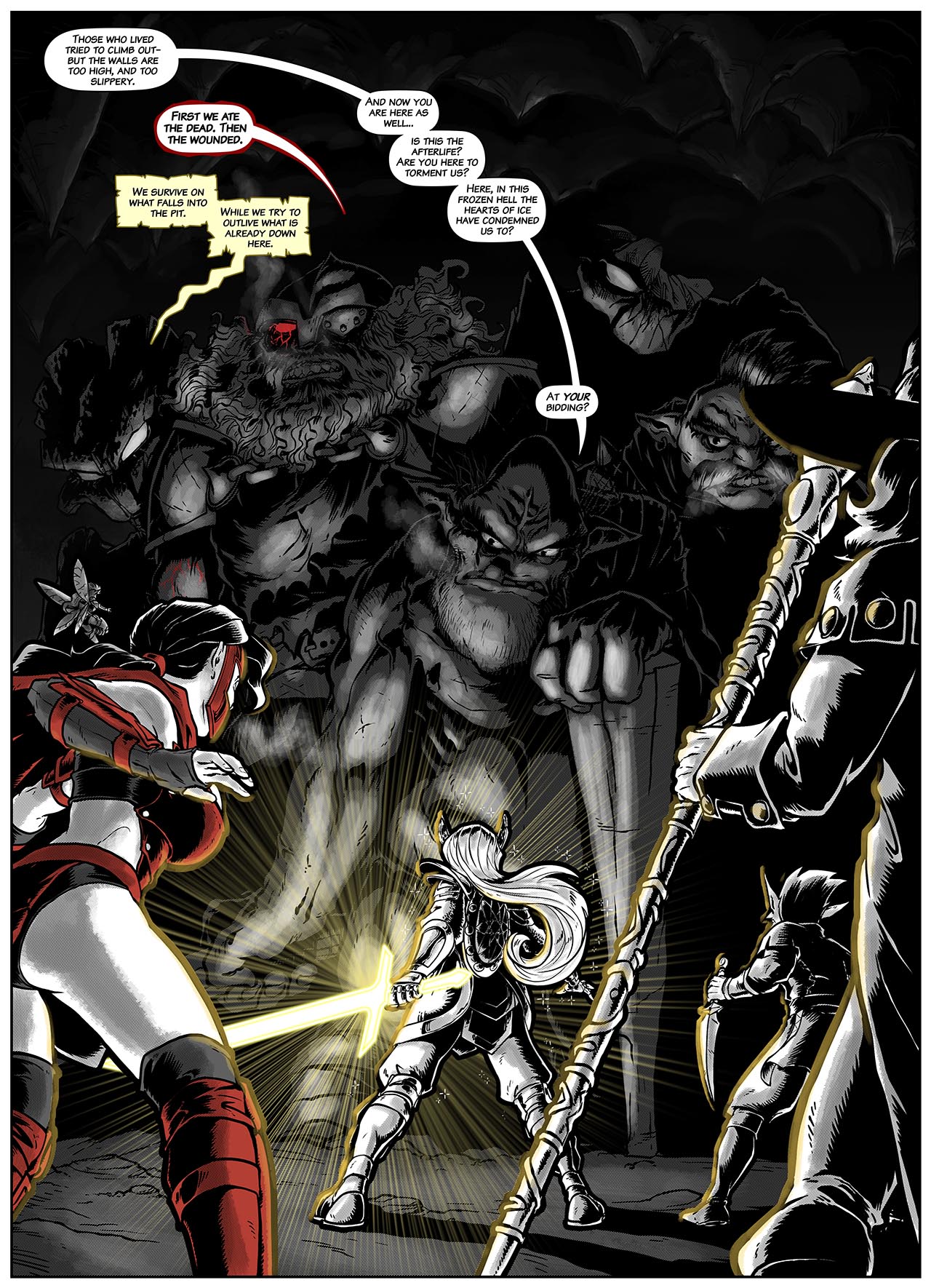 Land of the Giants The big reveal, where we get to see the giants in their entirety. After seeing this I thought perhaps the page order should have been reversed, with this preceding page 58. But while we got the heavily shadowed version on the last page, this is eyes adjusting to the limited lighting and us really getting the good look at just who’s down here, with some scale that is still not entirely the focus, given the camera angle

This is where Ronni gets clued in on what her mercy at the giant encampment produced, and how it has been perceived by the giants. This might be a bit confusing from a moral compass standpoint, but stay with us, gang. This sequence takes a few pages to play out, but I promise you we are going somewhere with it and it isn’t just about rubbing Kane’s nose in it.

We don’t do splash pages all that often, but when we do, it’s usually pretty epic. This big reveal of the giants from the shadows, I decided to set from a low-angle shot where Ali Kazam and a normal-sized Ronni are large in the shot, but in perspective to hopefully reinforce just how big our new arrivals here are in proportion. It’s much the same trick I like to use to emphasize Ronni’s size when she grows and I think it’s effective and hopefully, a bit imposing here.