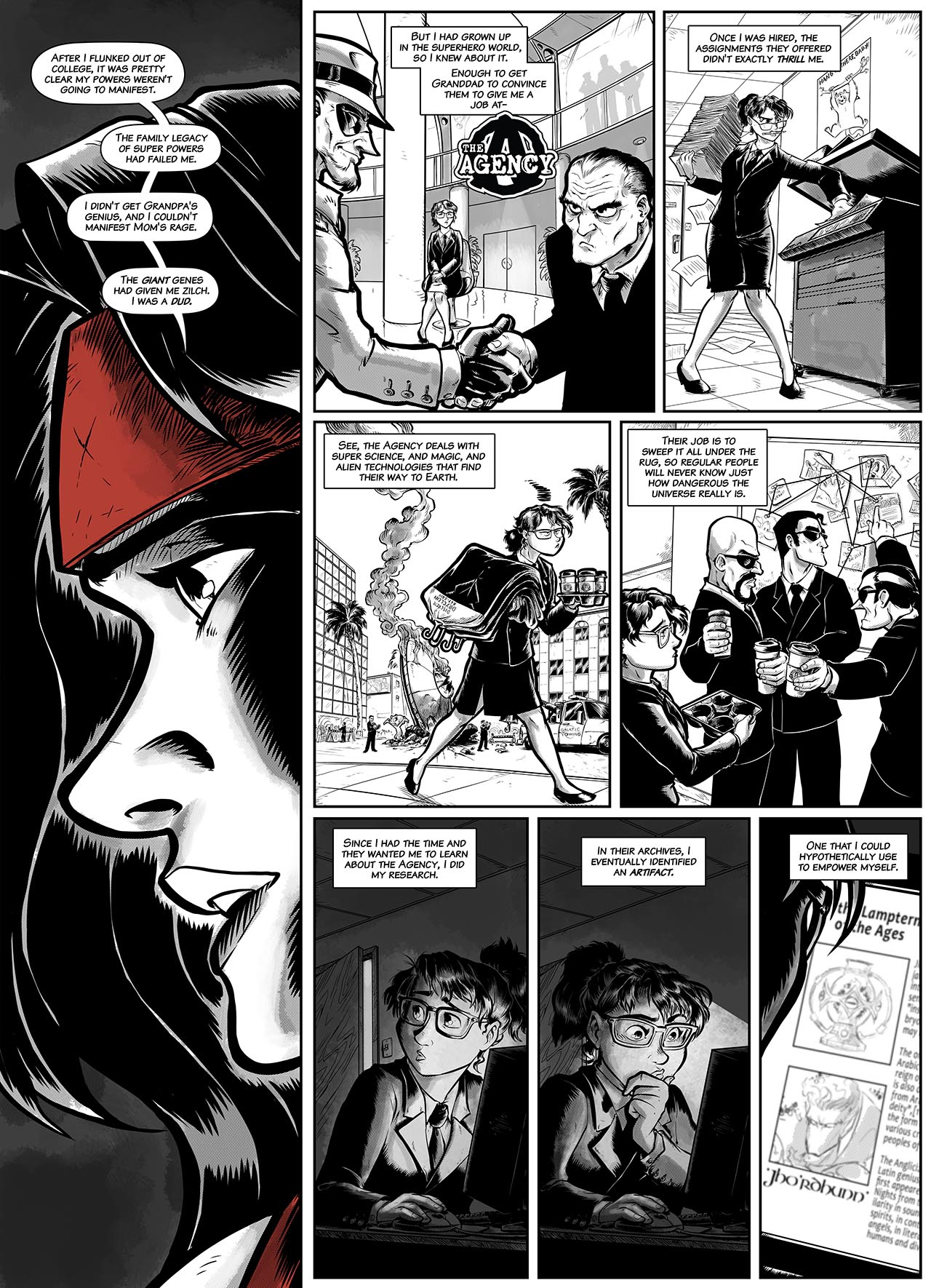 I know some of you have been with us for an actual decade now, reading since the beginning, or caught up after you found us. Which I am hopefully going to have the archives in place soon. Bear with us. All of you have one very large unanswered question though- how did Giant Girl get her powers, and just what powers does she have, anyway?

As we wanted this book- because make no mistake, issue 17 was always meant to be a full length graphic novel- to be self-contained, this moment alone with Lexii was the perfect place for Veronica’s crisis of conscience as she recounts just how she got here. Well, part of it, really- more of it comes out in next issue.

Point being, it’s high time we told it. So, we present to you the first part of the Giant Girl Origin Story ©.

While the script here was tight, I still had a ton of room to play and explore. The first panel was my idea, giving us a transition image of her telling her story to Lexii where I shamelessly riff on a classic John Romita Jr. profile close up that I loved drawing. The rest, as busy as it is, was a delight to play with.

This was my first opportunity to draw some of the other characters, such as Ronni’s grandfather in his Mr. Big costume and Agents Smith, Jones and Man, which was a lot of fun. But I also got to draw and design ‘Agent Girl’ for the very first time. So we get to see a PRE-Giant Girl Veronica Kane, in all of her frizzy, anxious looking glory. Or, lack thereof, as it is.

Also, there is a TON of stuff in the backgrounds here. Enjoy.