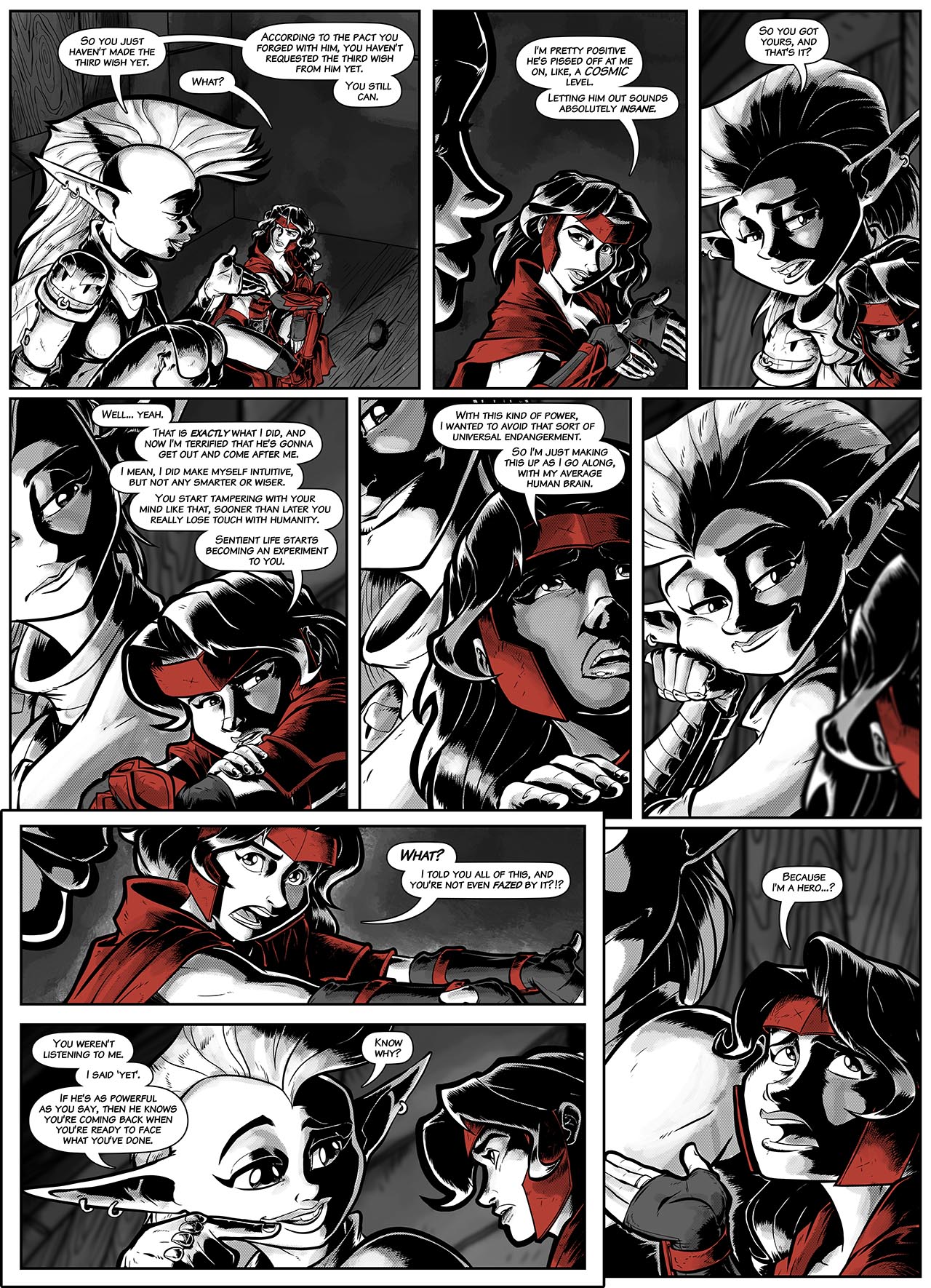 Having heard the story, Lexii isn’t paying attention to all the negatives so much as focusing on the practicals. She knows magic and pacts and all that stuff pretty well- she is an inherently magical lifeform that has lived her entire life in a magical world. So hearing Ronni’s tale, her first thoughts are practical, pointing out that Jho’rdhunn is a cosmic being and that he’s probably still just waiting on that third wish isn’t emotionally supportive nor does it seek to lend comfort. Instead she is markedly practical.

The third wish just hasn’t been made yet, and it seems simple to her.

I know this sequence is going on for a bit, but to us it is critically important to get the character bits out there and examine the nature of Giant Girl’s powers and motivations. At a page a week it is slow, we know, but hang in there. We’ll be getting back to the action soon enough.

I tend to get a little self-indulgent in scenes like this as I REALLy enjoy scenes of strong emotions where I get to really have the characters emote and act. Every shot here is designed to show Ronni’s scale compared to Lexii and how that is metaphorical for her mentality. She FEELS small right now and doesn’t want to hear anything to the contrary.

Her arms are either crossed or tight together. Even where she’s jutting her hands out, you’ll note that it’s still a constrained position. She is physically still striking defensive poses and it was a challenge to keep her consistent in this sequence.