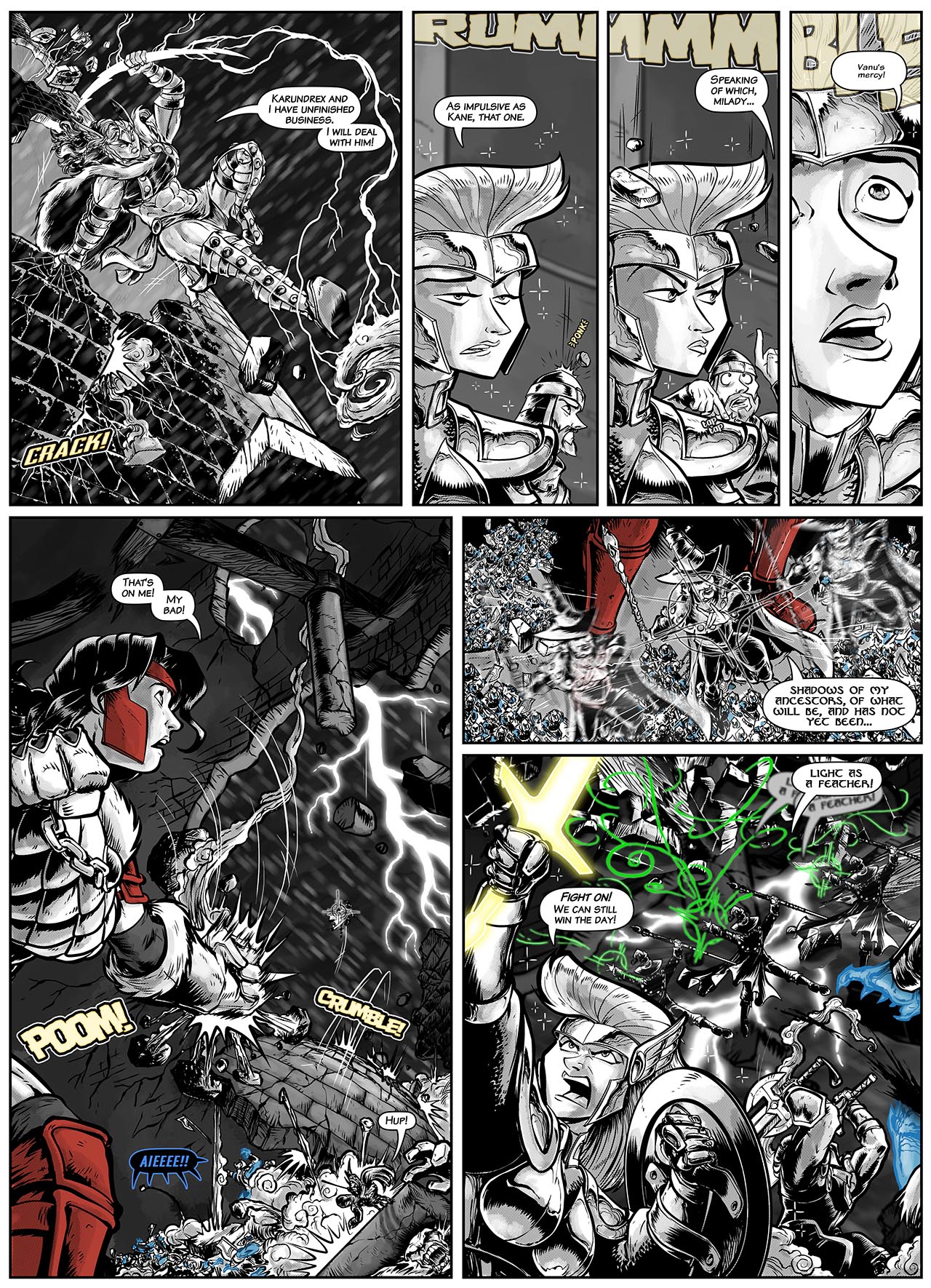 On this page, we can see patterns at work, if you look. Britomart finds that, much like Kane, Stratonimbus is also headstrong, impetuous and prone to leaping into action without considering the consequences. Sure, the titan knocked the dragon through the wall, but Stratonimbus is casually making it worse.

Which is then followed by Giant Girl realizing that her actions are causing more chaos, as they tend to do. As she herself observed: “When I get big, stuff happens and people die. But people die anyway, so I have to get big, to try and keep worse stuff from happening. Vicious cycle and all that.” Here is that pattern in action.

Then Ali Kazaam, her ostensible sidekick for this mission- remember he was the one who chose to accompany her on the mission all those pages ago- has to save the day for her and buy her time. Doing so using his Shadow Witch spell, to cast three spells simultaneously, as we saw back in the trolll battle. Another familiar pattern.

Dirk Swann, the everyman of the quest, sees the pending danger and alerts the others to it. Another pattern that has repeated itself often on this adventure.

A gigantic, seemingly unwinnable battle, yet Britomart never falters, and never stops believing. She rallies the troops against overwhelming odds, because she believes. We’ve seen this time and again- if Giant Girl were not here, you can tell that Britomart would likely be calling the shots and making the plans, to do things in a more ‘mortal-friendly’ manner. But she makes do and still puts her all into it, as we have seen repeatedly.

Patterns. Maybe not the best examination of a page of action, but there you have it.

This is a page with just a bit of humor injected into the mounting tension that, I think, really helps. The characters and their patterns are dictating a lot, which makes sense in the heat of the moment, but there’s just a moment of causal character humor that should, in theory, offer a brief respite, of only for a second.