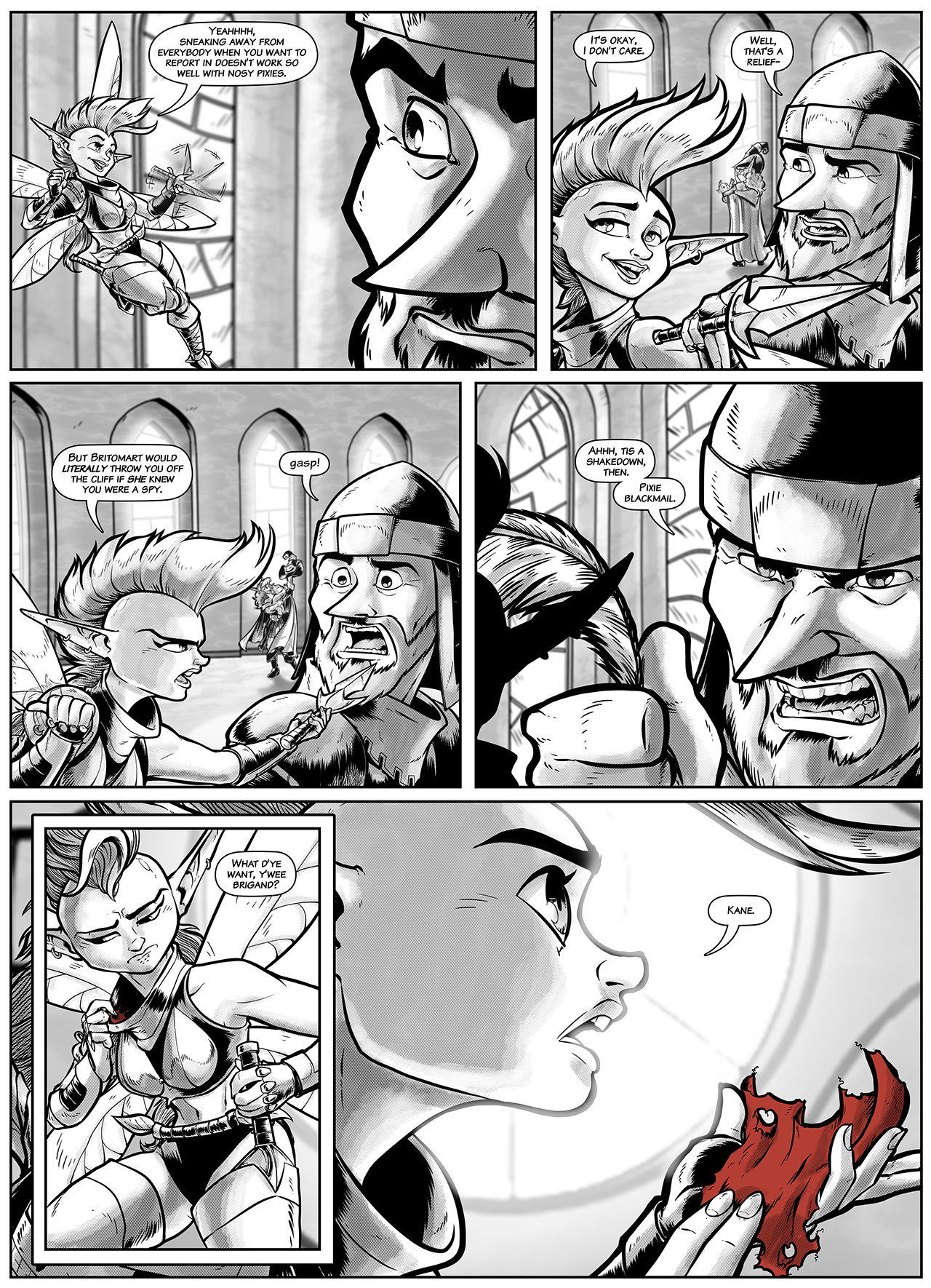 It dawns on me, if we release a game supplement for issue 17 (and this subsequent story), that some of these characters have had their classes and specialties defined clearly through the narrative. In Lexii’s case, she is indeed a brigand, which made me chuckle when I realized it AFTER writing this line. Leave it to the bard to define the characters, right?

I love the bit in the background of Jhor’dhunn reaching for mama’s hat, then her pulling it off and making it into a puppet to delight the child. It kind of indicates to me that Flynna is going to be a great mom to her magical offspring.

‘Pixie blackmail’ needs to be a thing from now on. Just sayin.

It tears at my heart seeing Lexii’s tough pixie facade drop, and to see her genuine feelings come through as she pulls out the scrap of Ronni’s cape, secured from when her outfit changed after Igglehoop. That the pixie has held onto as he memento of the titan who stole her heart. That last panel, with the glow from the window, just says it all more eloquently than my words ever could, and it reminds me just how much Dee’s art elevates my storytelling.

The background action is always fun, as was the idea of Dirk glancing over his shoulder to see that the conversation he was in was NOT being noticed. This is also a nice prelude to an element of Lexii that is a lot of fun to draw: her mercurial expressions that bounce across the emotional spectrum with all the quickness of a Fae flitting.