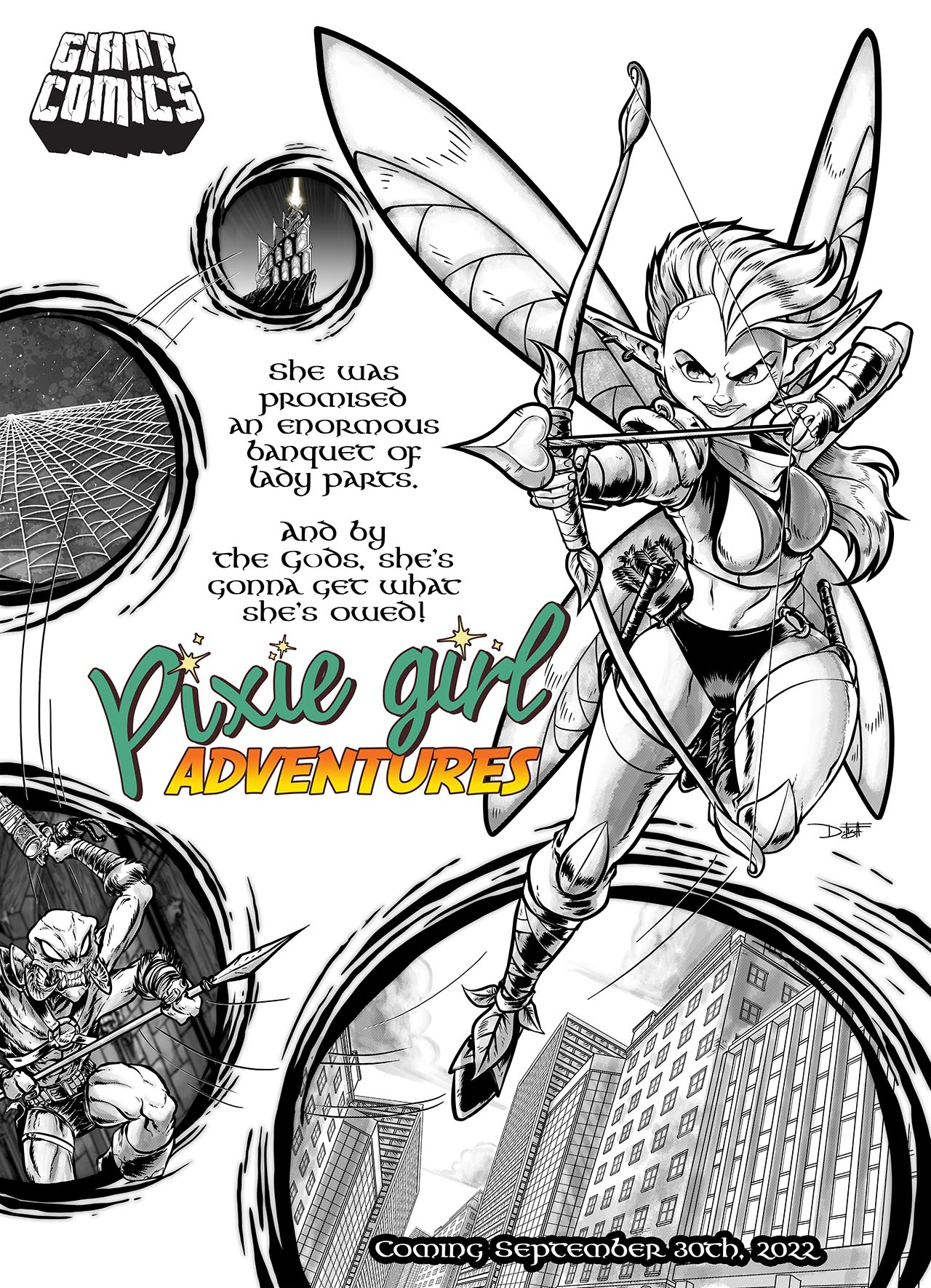 Well, that brings to a conclusion the saga of Giant Girl Adventures: Against the Giants. It’s been a long story to tell, spanning literal years. But, thing is…

When we started the book, Koen was still handling the art chores. He was experimenting and starting to break up the dialogue over smaller panels, as I had a tendency to write one big panel and put a wall of dialogue over it. He was right, I learned, but that’s not the point.

With Dee drawing the book, it’s taken on a very distinctive look of its own, and it is one that she and I are both very fond of in form, appearance, and drama they can impart. Koen’s production designs guided a lot of our storytelling, but when it comes down to it, we plan to publish this in dead tree format. This saga is great, and we want to present it to a wider audience. We’d prefer that Dee draw the cover, and it would be disconcerting for folks to not see her artwork inside.

We tell you all of this because as ZZ Top sang, we’re gonna double back again.

We’ll be running some old strips- Lords of Law, Gods of Chaos. These were submissions to Dragon magazine back in the 1980s, by a couple of friends of mine who definitely influenced me. They were passionate and talented, and this looked like it was the next step in their lives. They didn’t get the gig. Instead, one went on to become a beloved performer, and the other a beloved high school English teacher. Good lives.

But seeing those two pool their talents and put something together was inspiring to me, and it’s what drove me to make comics of my own. So we’ll be presenting these for the next 8 weeks, as adventures based in Imperial Urth.

We’re doing this to buy us time to get ahead on the pages, because our buffer is shot.

Ideally, as Koen already designed a lot of this and we don’t have to reinvent the wheel, this should go quicker. So we’ll be using the buffer time for the extra Pixie Girl Adventures story- because you demanded it! We’ll publish that for you, then we’re doubling back.

We are going to see if it is possible to work faster, but no guarantees while we retread and redraw the tale. After all, you readers already know the story, and this isn’t exactly a prequel.

But it will be ever so worth it.

So, stick around. It’s still going to take us some time to get through all of this, and there will be a few more answers along the way, we promise. And we’ll still give you a little more original story before we kick off the reboot- and here’s a little something to keep you reading until then.