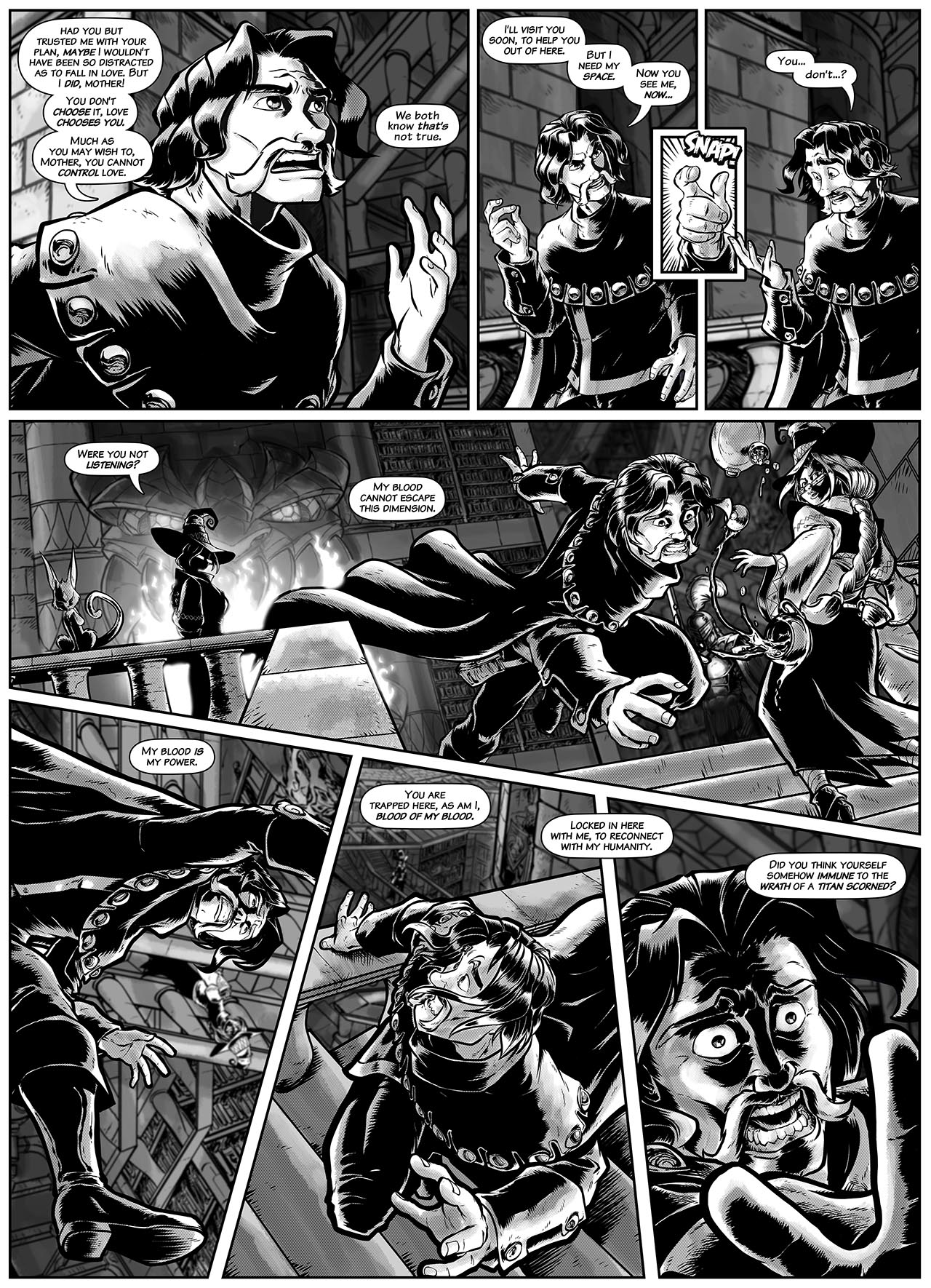 Moved back in with the moms

To his credit, Ali does raise a point here. If she had bothered to give him even an inkling of her plan, he likely would have pursued it with greater vigor. But confused and distracted by being genuinely smitten with someone for the first time in his life, Ali Kazaam got blindsided. Which might not have been the case had he known the future of the family’s legacy rested in him seducing and bedding his favorite side chick.

Which sure, STILL isn’t a ringing endorsement of Ali’s character. But having seen by whom he was raised and her perspectives, it definitely makes him at least a touch more understandable. Not a better man, but now you know how he got this way.

I literally asked for Dee to knock me out a Neal Adams 1970’s DC horror comic-style pell-mell hurtle through the house, and again, I was not disappointed. He’s knocking over simulacrums and racing past knights as he runs, yet remains trapped… Trapped… TRAPPED…!

I usually keep my panel arrangements fairly straightforward, preferring to work within more established and controlled grids, but this one called for a little more skewing and distorting. Sabrina asked for Neal Adams, so I tried to borrow not just the posing and lighting approaches, but a bit of the camera work and panel arrangement where applicable.