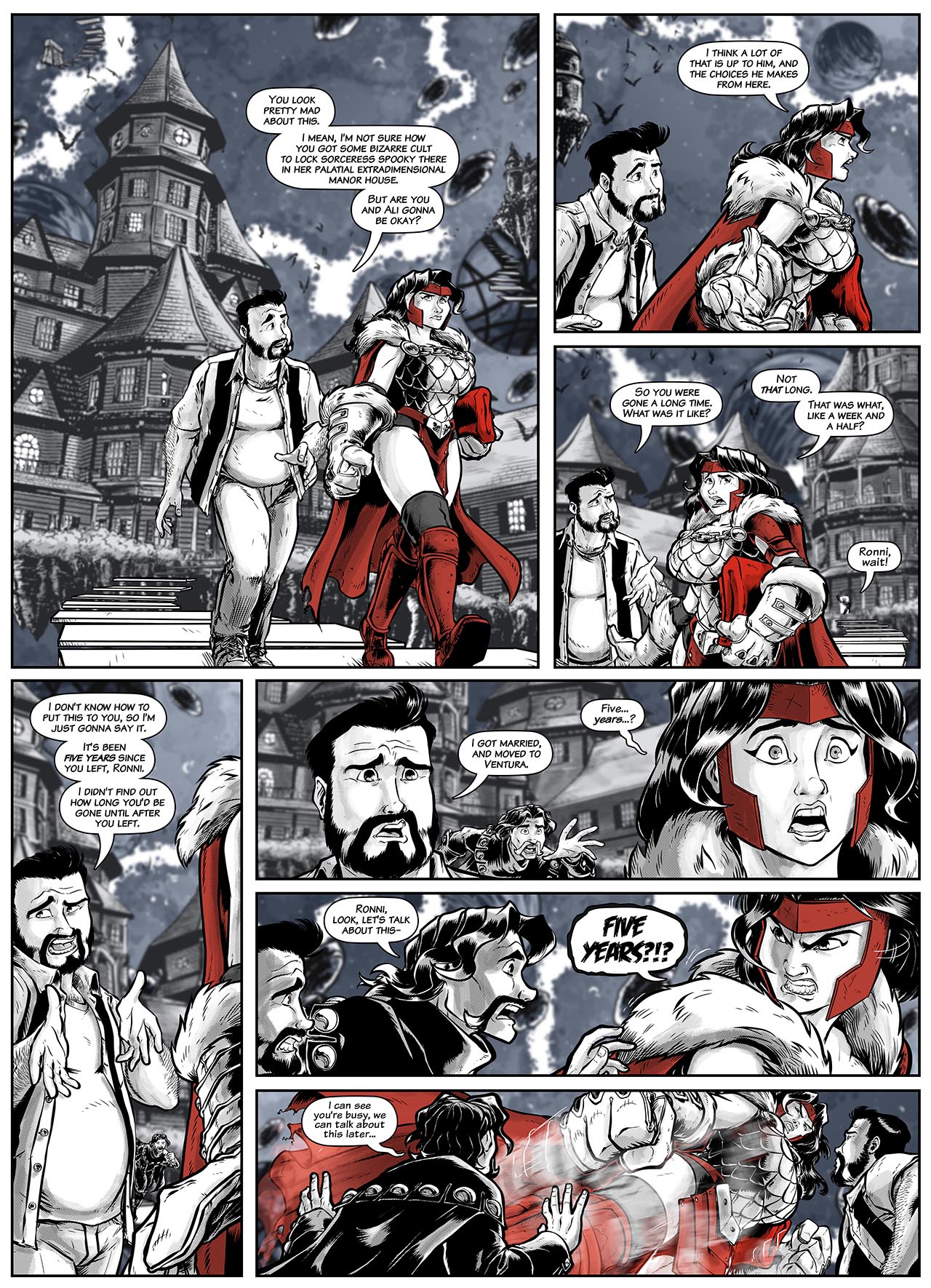 Witching Hill looks pretty darned good, I gotta say. A bit more like I envisioned it, and the cosmic crackle background is the perfect complement to it.

I actually wrote a scene with Stanley and the Witch where he’s still hanging around her house until it’s getting late, and he finally gets her to narrow down the estimate of when Ronni will get back, and finds out it won’t be for 5 years yet. See, you can tell he’s a hero because he did the witch a favor by coming back to pick Ronni up, and maybe temper the bad news a little bit.

A teensy bit. Okay, maybe not much at all. I mean, anything you were making payments on- including storage units- is long gone now. Imagine those storage auction buys…

Ohhhh, Ali. Sure, chasing after her is a good plan, but as usual, your timing sucks.

As Sabrina mentioned, poor Ali’s timing has been just horrible for the longest time and he keeps stepping in bad moments to really just… exist.

The propensity Ronni picked up to grow to suit her anger at any given moment has clearly stuck around here as she reminds Ali of that fact here, while Stanley is remarkably casual in the moment, even if his expression a moment prior to her physical explosion was a bit of a “Really, dude? Shut UP!”

As for the exterior of Witching Hill, I took the same approach as I did with the interior. I studied what Koen had done previously, looked up architecture that was similar and did all the work for one master background that is repeatable for much of the rest of the sequence. It is a trick that worked inside the parlor, inside the Frost Giant Citadel and inside the Jarl’s chambers.

Draw one elaborate background that shows EVERYTHING from a useful angle, then clip it and edit those clippings to maintain creative consistency in the other panels.