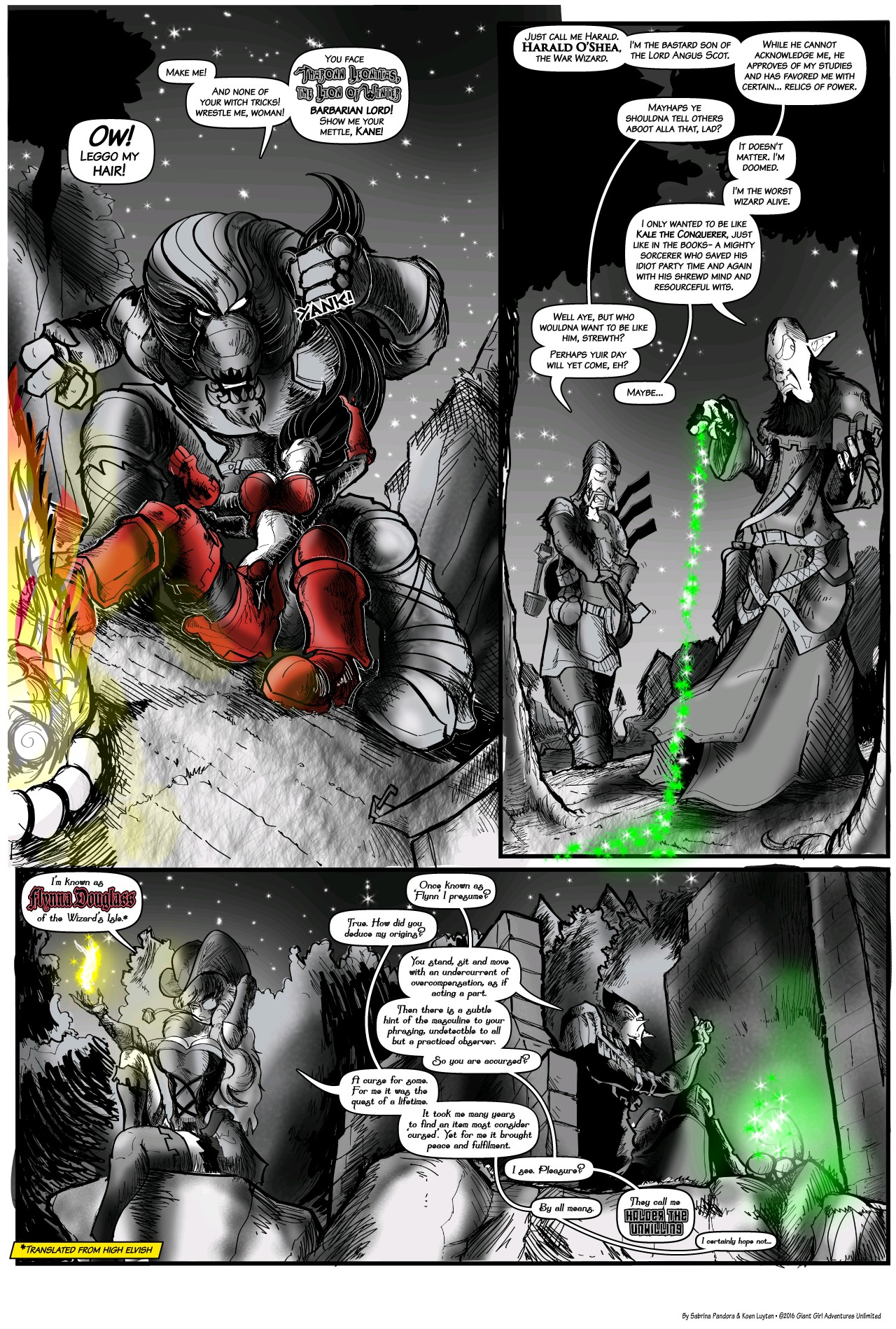 So, for those of you who wanted to know just who had the bad idea to start wrassling Ronni, it's the barbarian lord. Thirty years ago I read about the Battle of Thermapylae and thought that Leonitas was the coolest thing since sliced bread and I was gonna build a grizzled old barbarian with a lion skin on his head and name him just that.

This is barbarian foreplay, though it is also violence against women. He has seen what she can do, now he wants to see for himself if she can fight or... well, fuck. For the record Ronni is actually growing her hair as he pulls on it, because it would reach her ankles as long as it is.

Ahhh, Harald. A delightfully distinctive profile on that one. Through all of it we never do catch the bard's name, but that comes out a bit later. He definitely gets his moment or two.

Last but not least, Flynna and Halder. Flynne as a tabletop character was indeed one of those poor unfortunate souls who snapped on that accursed girdle, and I thought it was bloody awesome. She lived with few regrets from that day. Flynna also goes down in history as being the absolute worst cockney accent ever used for a character. The design that I asked for from Koen was 'pirate hooker' and I did indeed get precisely what I asked for