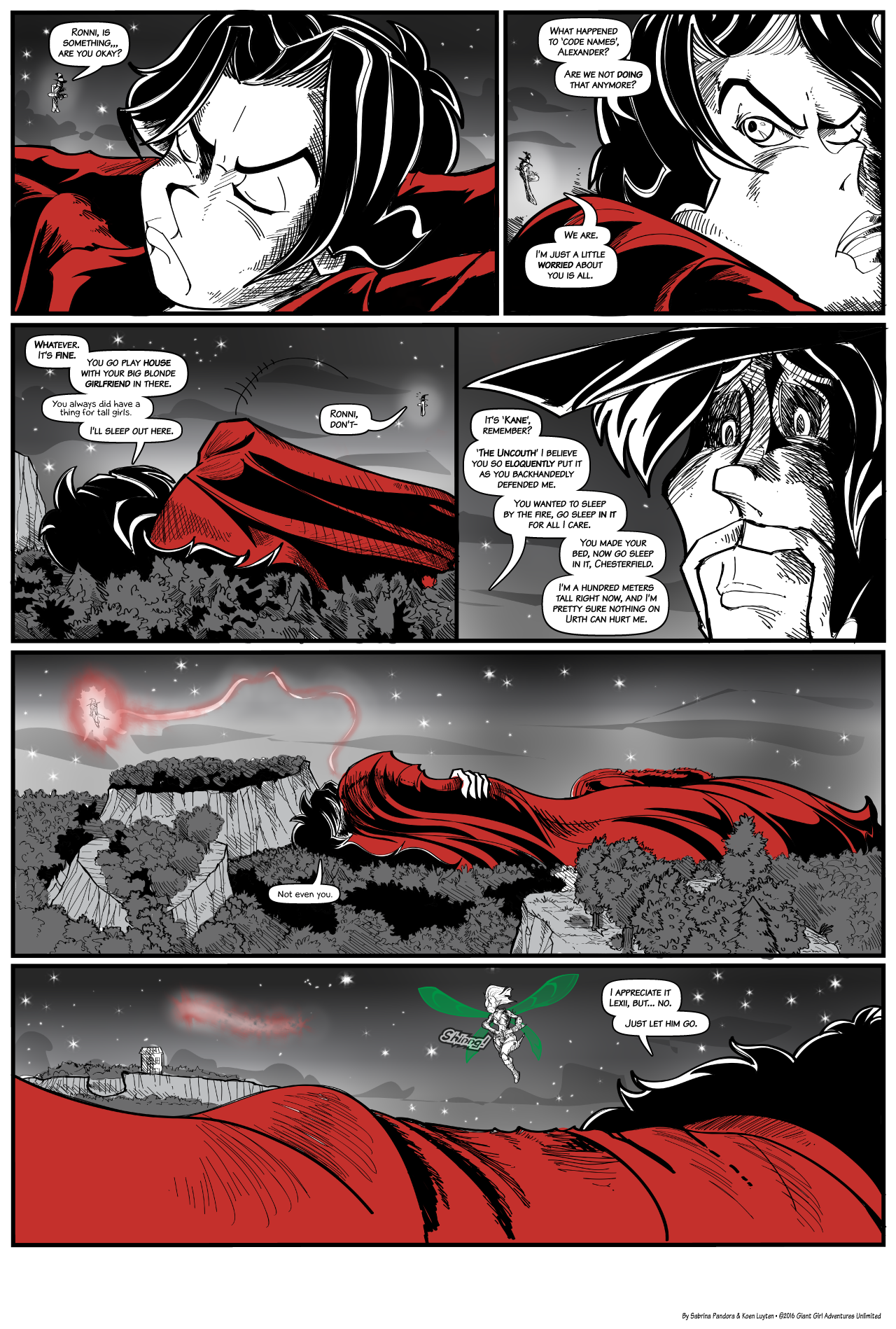 See, you go too far and sometimes they don't just roll over for you no more.

Truthfully at this point Ronni's feeling all sorts of alienated. Stranger in a strange land by half she's adrift- Ali was supposed to be her anchor here but he's being selfish so that has left Ronni, while possessed of an unerring sense of direction... adrift.

She stomped other giants into jelly. Flicked and swatted the local wyvern population down to hatchlings (admittedly because they kept coming at her). In the land of high adventure where her teammates are carving everything they encounter into bloody cutlets, Veronica Kane spent a day as a killer. No four-color solutions of tying up the bad guys until the authorities arrive. No prisons to hold the evil that sweeps across the land. Just the justice of force of arms. Might makes right, because evil won't stop coming.

A long day, a miraculous escape. And now as she lays out there like a giant monster lure Ronni is considering her actions, wrestling with the morality of what she's done. Right now she could really use a friend to talk to, but alienated from Ali and not entirely trusting the volatile pixie to not overreact, GG is bottling it up, internalizing.

All alone, a stranger in a strange land.