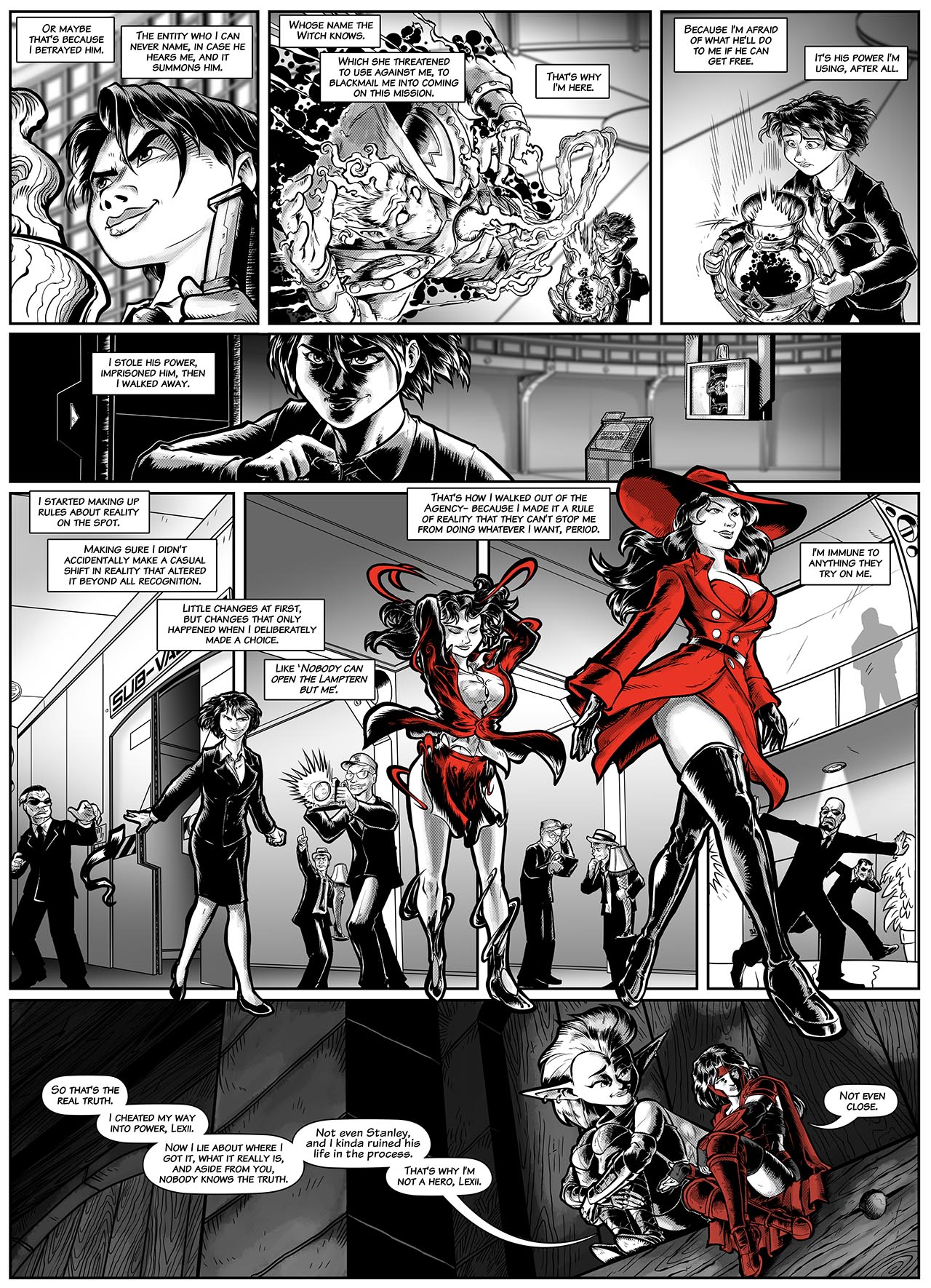 So, there you have it. The honest to gosh, no kidding origin story of Giant Girl, complete with a genuine core understanding of the power she commands, while trying to use it in a manner that won’t shatter all reality as we know it. Now you know why she always lies about the origins of her power- because she stole it and she’s afraid the rightful owner will return to reclaim it, and his revenge.

For panel 8, I asked Dee to create the ‘proto-Giant Girl’ uniform- the very first iteration of the costume that looks quite a bit like her grandfather’s Mr. Big costume, but with Darkwing Duck’s hat in red. Yes, I AM aware of any and all Carmen Sandiego jokes you are going to make. Trust me, by the time we were done with it we’d established that you can’t even have a character in a red coat, forget about a red hat, because you’ll get Carmen Sandiego references immediately and eternally. Which is why her new costume at the end of this issue will be different, to finally and definitively distance her from all those comparisons.

Meanwhile, naive Ronni Kane didn’t consider this back in 2007 when she empowered herself, and she is boldly striding out to the world in her new identity feeling confident and full of IDGAF. Me, I love the look Dee designed- it’s perfect for what it is supposed to be. I think it is telling, as Dee pointed out, that one of Ronni’s first few choices with her abilities was to empower herself with an idealized version of her grandfather’s powers. As if subconsciously she was trying to salvage the family legacy.

But in the retelling, it’s clear this is the first time Ronni is being honest about who and what she really is, owning up to her misdeeds of the past that fuel her issues today.

Each new page has been a case study in me thinking “I can’t WAIT to draw that!” and this is no exception. After all, I started on this book in the middle of an admittedly awesome ‘fantasy’ arc, so FINALLY getting to draw Ronni in something akin to her classic outfit was a HUGE deal for me.