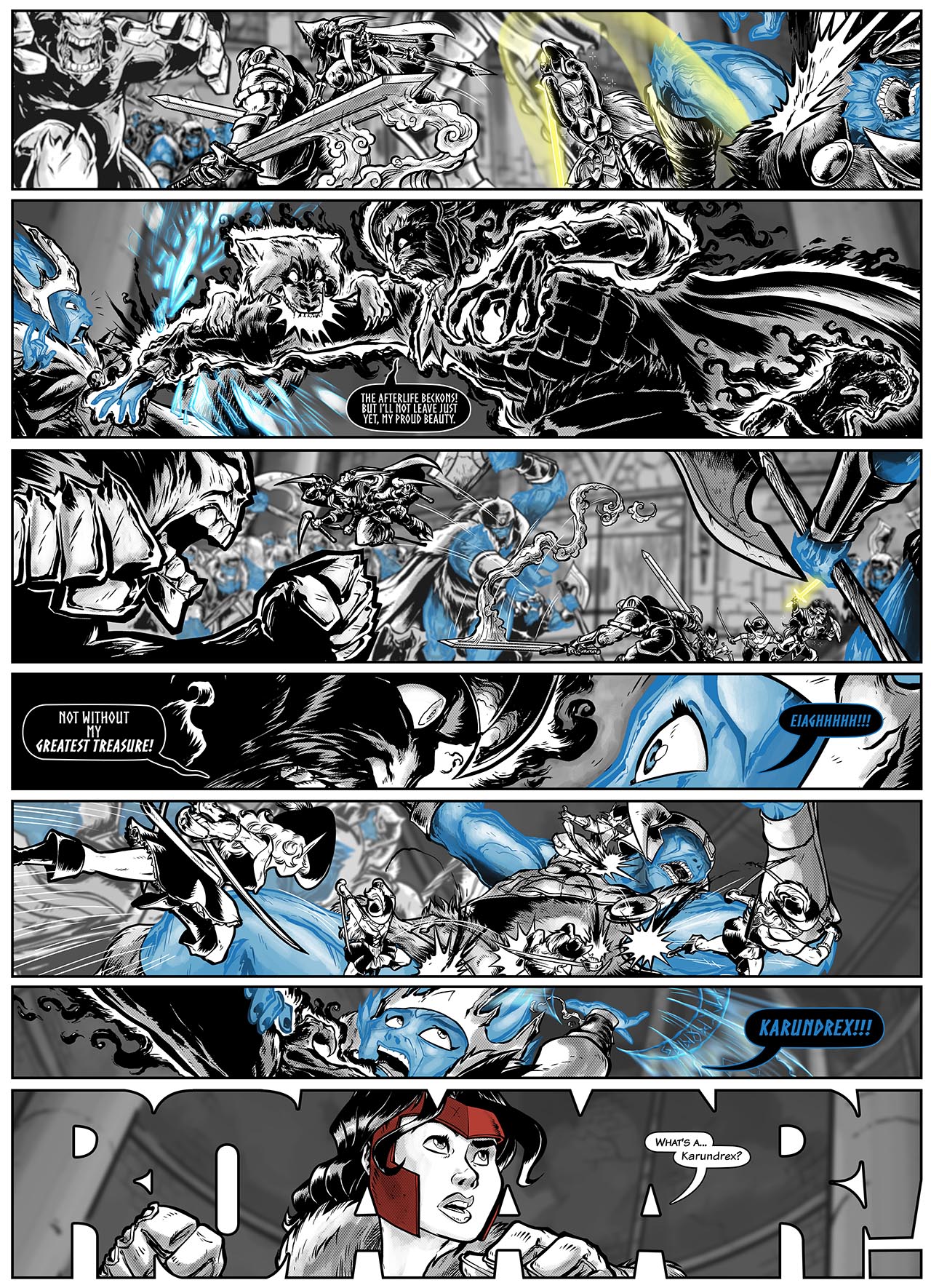 Well, here’s that payoff for Jarl Magnusson’s creepy speech on the last page. I tried to work economically and succinctly here, to get across his desire and her horror, and I feel we pulled it off. The first dire wolf who bit him falling desiccated behind him as his sister discovers just what she bit into, and it starts sucking the life out of her.

Shattering his way through her defensive spell is also not doing wonders for Brunhilde, whose name I finally got out on the last page. I suppose one of the guards could have commented ‘Aye, Queen Brunhilde’ but it seemed lame and forced. Their names come out when they come out.

Dee’s art, in those sliver panels, is brilliant economical storytelling, and I absolutely love Flynna getting a moment here as the distraction with her leaping and springing attacks, as Halder goes for the jugular. Smoke winding up in the first panel, as R’Lithon hops aboard his sword for a fastball special at the golem.

I’ma let Dee talk about the burns on the arm, and as for Karundrex? We’re going to leave you on a cliffhanger there, until next week.

The burns on the bracer of Brunehilde’s left wrist, of course, come because she wrested her arm from the grip of the Jarl. The swirling, black fire is something that wasn’t in the script, but was something that I added in the visual stage that I took from the villain of a previous comic I had created called the Wellkeeper.

There, it was called the Withering Fire, and it served the exact same purpose that it does here, which was why I decided to carry the visual over. Plus, c’mon, it just looks creepy and cool.

This page was a way to really showcase the chaos of the battle from multiple angles, showing a bunch of our heroes in action as the “camera” swirls around the chamber. This is supposed to be an intense battle for our heroes and I hope it comes off as such.