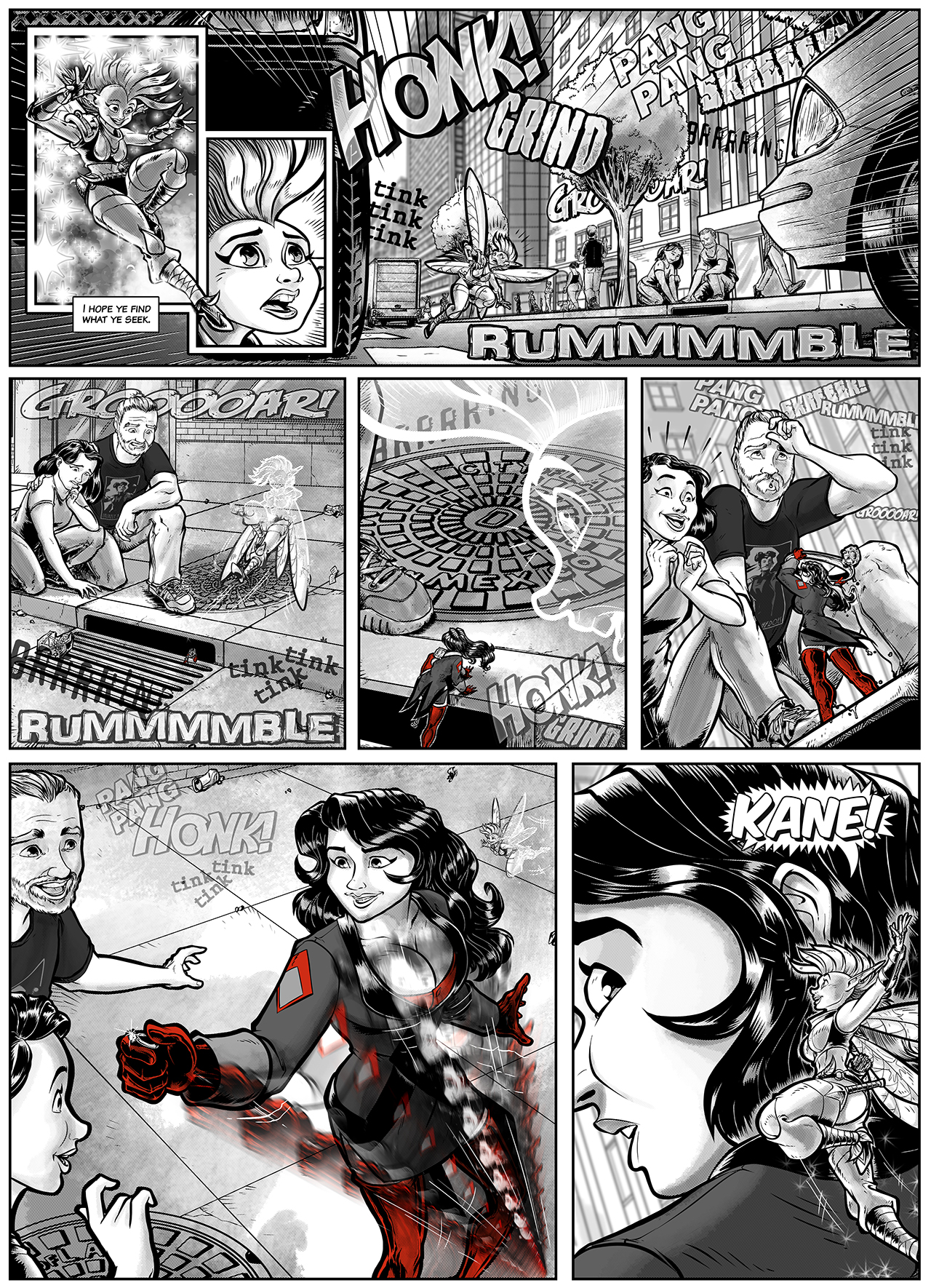 Appearing in LA traffic at pixie size would be terrifying, and for someone from a far more natural setting, the cacophony of sounds in a modern city greatly outstrip what would be heard in even the largest cities of Urth. So we wanted to be sure to showcase Lexii having a bit of a panic attack as she realizes just how alien is the world to which she’s traveled.

But Tokka Morkoth is nothing if not magnanimous, and he places her close to the object of her desire, just not right next to her. Because, after all, she’s climbing out of a sewer grate, doing a good deed. She’s an ideal heroine for a task like this, and while it seldom makes it to the page, Ronni is the kind of heroine who would do something like this for strangers on the street in need.

Additionally, in a thematic sense, it is literally Giant Girl crawling out of the underworld, having retrieved a treasure for those in need. A wedding ring dropped down a sewer grate is one unlucky moment, but luckily, the size-shifting heroine was handy. Thus Lexii finds her in a moment of heroism, performing a small but significant act that shows, despite her shrugs and denials, at heart, Giant Girl wants to do good- verifying Lexii’s assessment and view of Ronni’s character.

Hopefully the art gives the idea, but when Ronni grows, she shrinks the sewer gunk off her to be clean and fresh again. Because creative uses of super powers are part of the fun, right?

Sabrina researched LA manhole covers so we got that detail as close to accurate as we could reasonably do, which was something that I think helps ground things in reality quickly. (The actual GUTTER is more just me wanting it to be a very “Pennywise” looking thing. lol).

Working out how to integrate the sound effects, which we are normally VERY sparing with, was a fun challenge. I wanted them to have an increasing transparency, and to weave in and out of the actual background, which I think helps to give it a sense of surround sound. (Surrroooouuund sound, Jerry!)