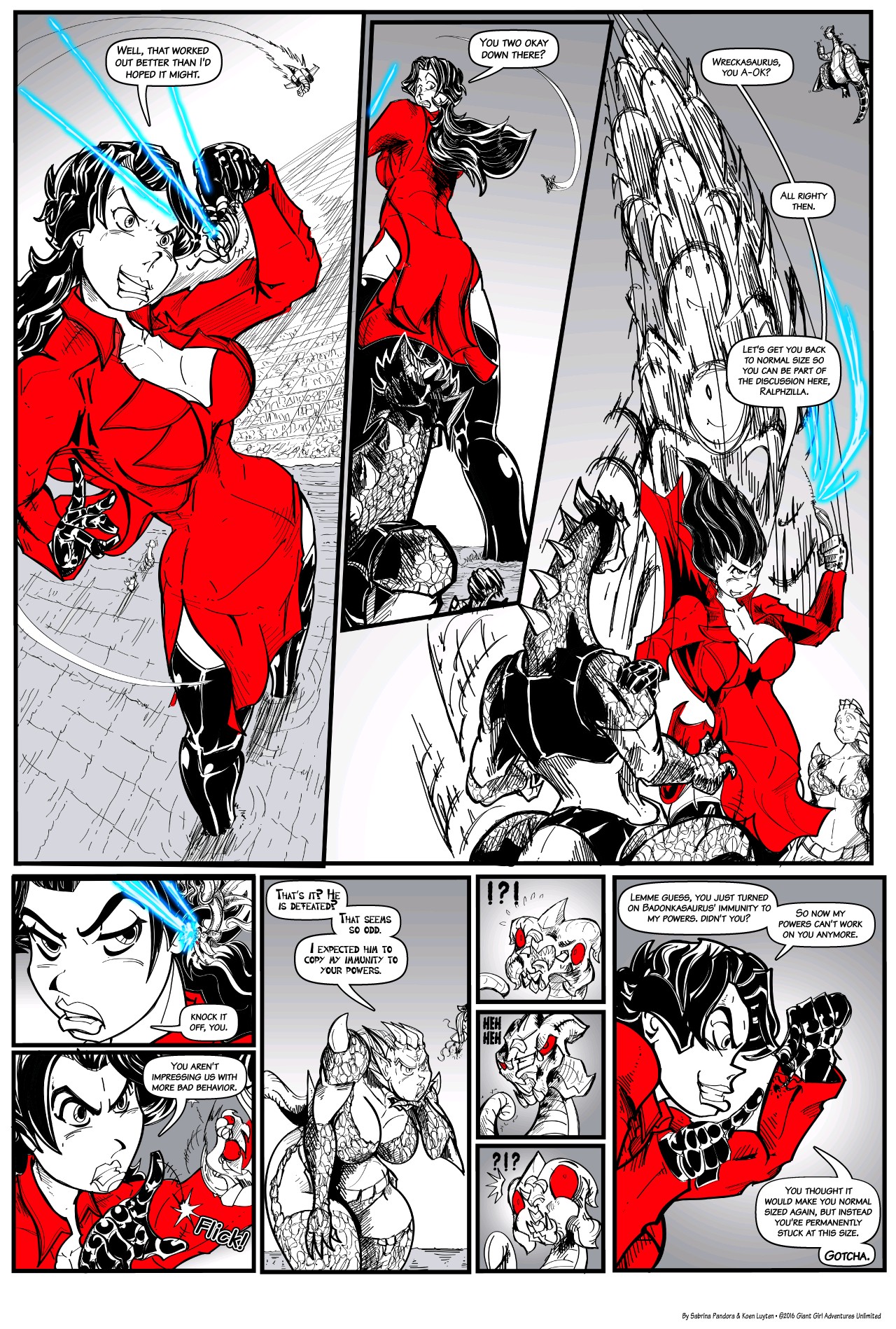 So this takes a little explaining.

What you didn't see nor hear was Ronni making a minor alteration, a little wrinkle to her powers- call it moving the variable pool a little bit. Before she touched the little power copier, she made her powers uncopyable by power-copying alien conquerors currently on Earth.

Narrowing the scope of the power helps a lot, after all.

Being the responsible sort Ronni shrinks down Ralphzilla to his normal size, because she knows it can be a hindrance to conversation if you are four times the size of everyone else. Besides, she doesn't want the temptation of wrecking Japan to look too appealing to him.

And yes, this was the real plan. Giant Girl gambled that Octoking actually had to activate the powers he copied and he didn't just come with an encyclopediac knowledge of them as soon as he cloned them. And thus she enlisted Badonkasaurus' aid in tricking Octoking into sealing his own fate, stuck around 12 feet tall. Still scary as hell to a normal person, but nowhere near the scope of threat he was before.

Pretty happy with this page overall. This one feels like good work.