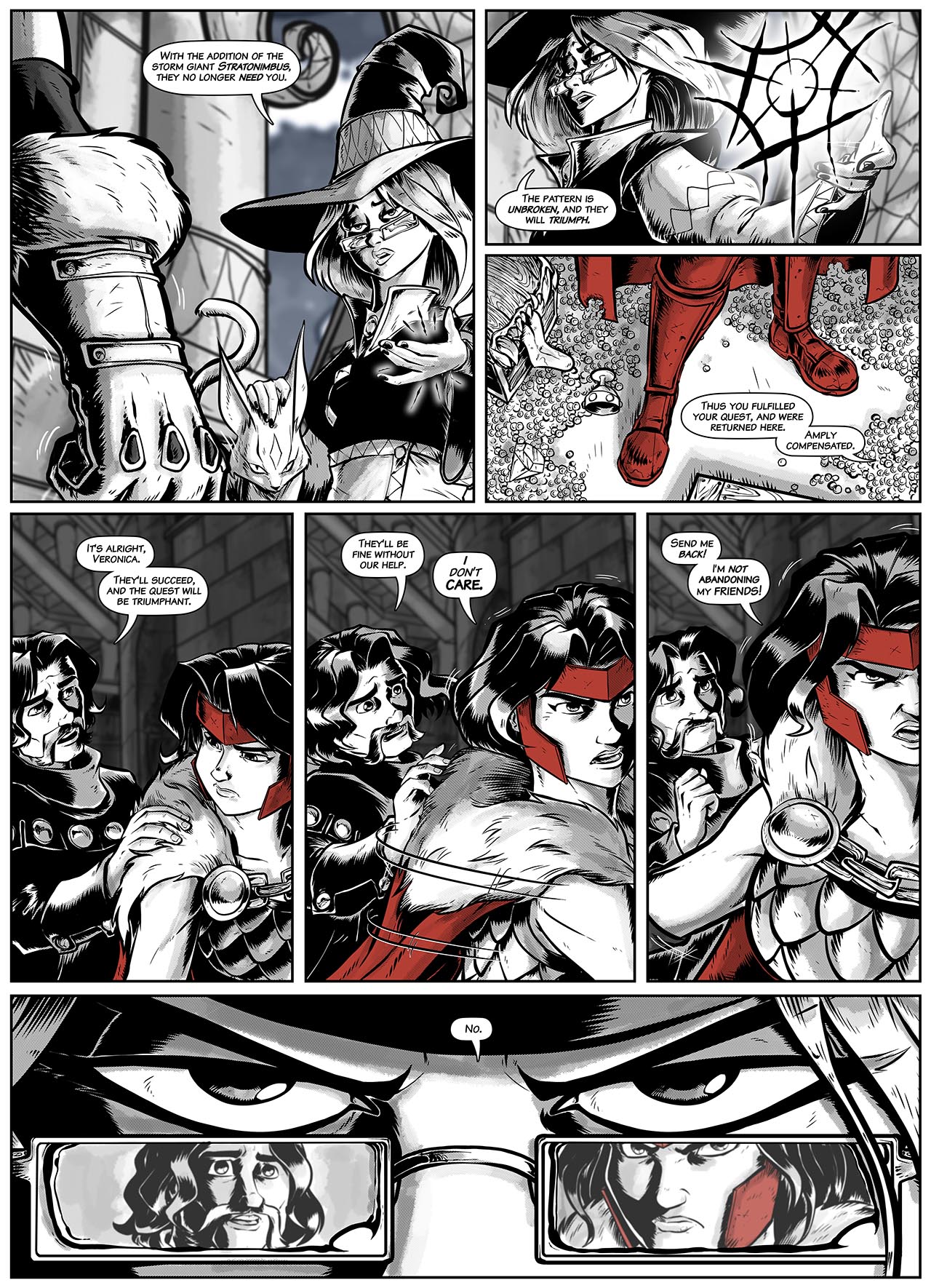 The Witch explained how all of this worked at the beginning of the quest, and that’s exactly how it has played out. Even down to that uncouth crack she made, which Ali parrotted when he introduced Kane the Uncouth to the Scotts. Which makes you wonder, did she know that Ali would say that, or did she plant the idea?

‘Amply  compensated’ is a quote from the beginning of the story, and you are going to see a lot of parallels to the beginning here at the return to Witching Hill.

I love Ronni’s restrained rage, and her inadvertently growing as her ire grows over the situation. It’s pretty clear that through his actions on the adventure, any sway Ali used to have over Ronni is gone. You can see in panel 4 how she realizes she used to take comfort from his touch, and that’s now gone. Instead he’s just pawing her and she’s having noise of it.

That last panel, though, is pure genius, and it plays exactly the way I envisioned it, brought to life through Dee’s brilliance. You might have missed it, but in more than one case now, Dee has mirrored the Witch’s eyes, so that they look… off. No one has a completely symmetrical face, so mirroring will be technically correct but just look… off. Which was precisely what we were aiming for here.

As Sabrina pointed out, Ronni’s expression when she looks at Ali’s hand has a lot going on. When we’re developing these pages, there is often a LOT of back and forth between us on the phone and screen-sharing on DISCORD. We tweak, edit and adjust every eyebrow and expression and spend a lot of time talking about what the characters are thinking and feeling.

There’s little I enjoy drawing more than scenes like this that are all about the character “acting” and complex emotions. Ronni always has a lot going on under the surface, and I adore exploring that on her face.

And the Witch and her cat are just a hoot to draw.