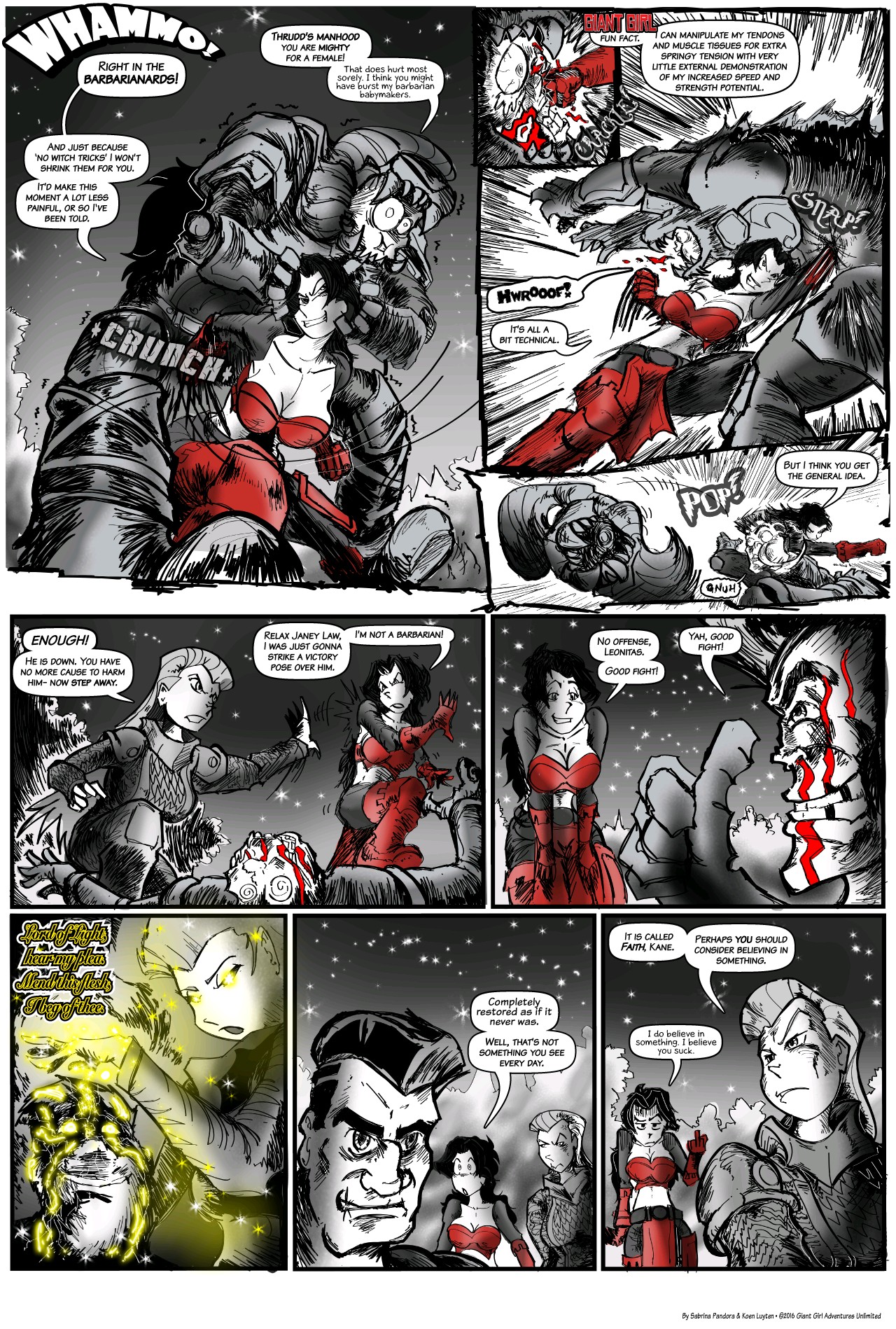 WHAMMO! I am officially nominating the word 'Barbarianards' as 2016's Word of the Year.

Yeah, he said none of her tricks but, well... just because Giant Girl isn't any bigger doesn't mean a whole lot. And just because the barbarian lord wants to see what she can do doesn't oblige Ronni to play by his rules.

'Completely through taking crap from people' was not a bluff nor an idle statement.

Once Ronni beats the daylights out of Leonitas, who you should read as sounding like Conan the Barbarian-era Ahhnold, Britomart is there to stop her from going too far- which she wasn't planning to do anyway. Clearly he's cool with how this went down, and healed by some laying on of hands he's looking good again. Thus Ronni learns of the potential for magical healing in this realm.

Britomart can't resist taking that holier-than-thou shot, and Ronni is right there with a better zinger in return. It's like they're bonding, except they aren't.

By the way, if you missed it we about to launch an amazing crossover adventure with Spying With Lana. Details can be found on the Facebook group!