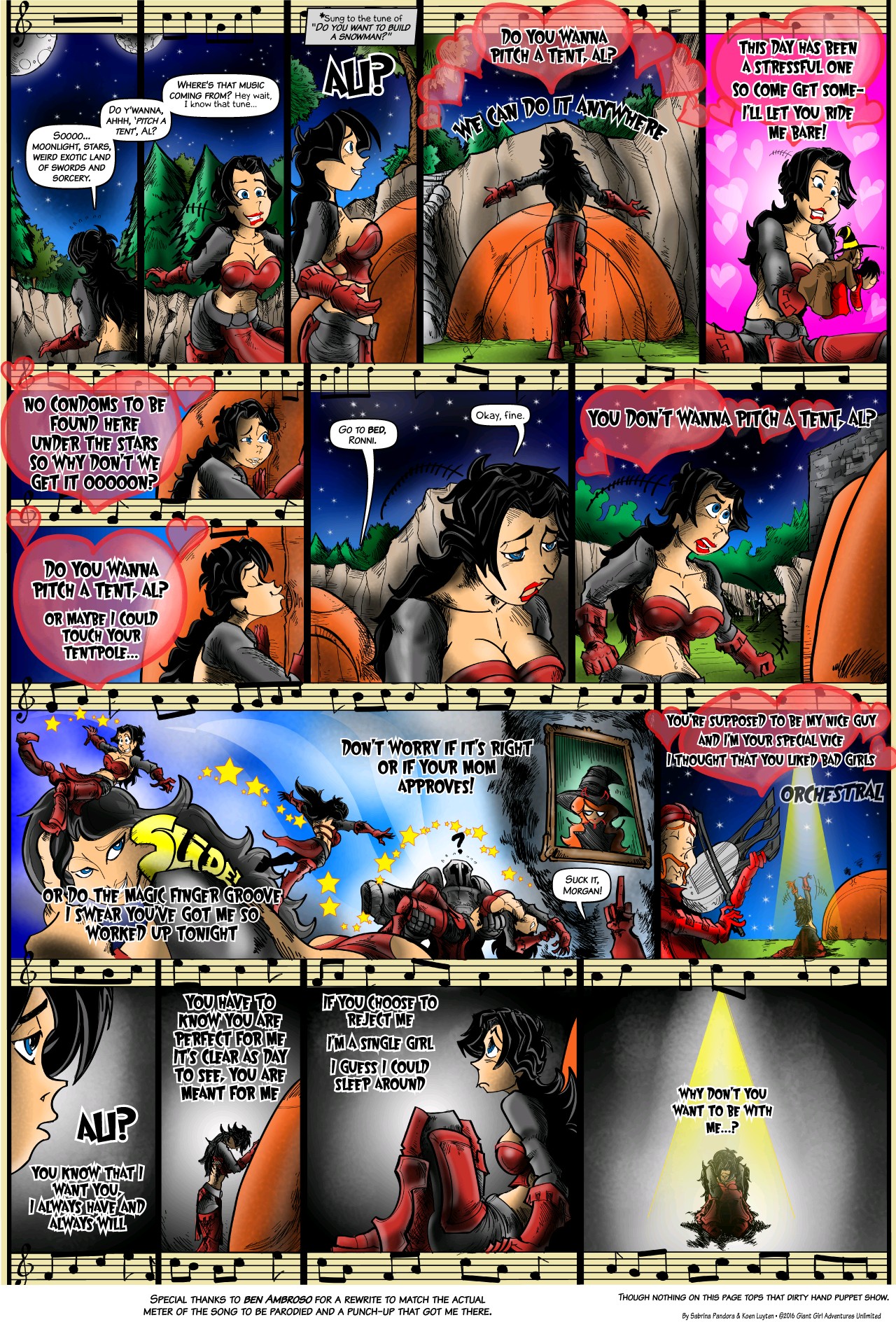 So blame William Gaines and Mad Magazine for this. In my youth they punched out great song parodies with regular ease, and made it look easy. I've a gift for it for a line or two, maybe three or four but those skills are rusty, so I decided what the hell. I've got moonlight, a magical land of enchantment, a beautiful girl and a bard. Why not do a musical number with a song parody during the fantasy epic?

That bottom row of panels is kinda heartbreaking. Ronni set it up so that Ali is her handsome rogue boyfriend with whom she isn't serious, but she's really not been feeling the love from him today. So she plays the card of the one thing they have in common, that they're good together in bed. And even with a complete musical number he rejects her again, because he's smitten by the paladin, the good girl.

I know it ain't that complex, but what can I say? I love Betty / Veronica contests.

I can't read the dirty puppet show panel without giggling if not bursting into laughter. Gets me every time. That was all Koen- I just wrote the lines (thou 'ride me bare' was Ben's to be fair).