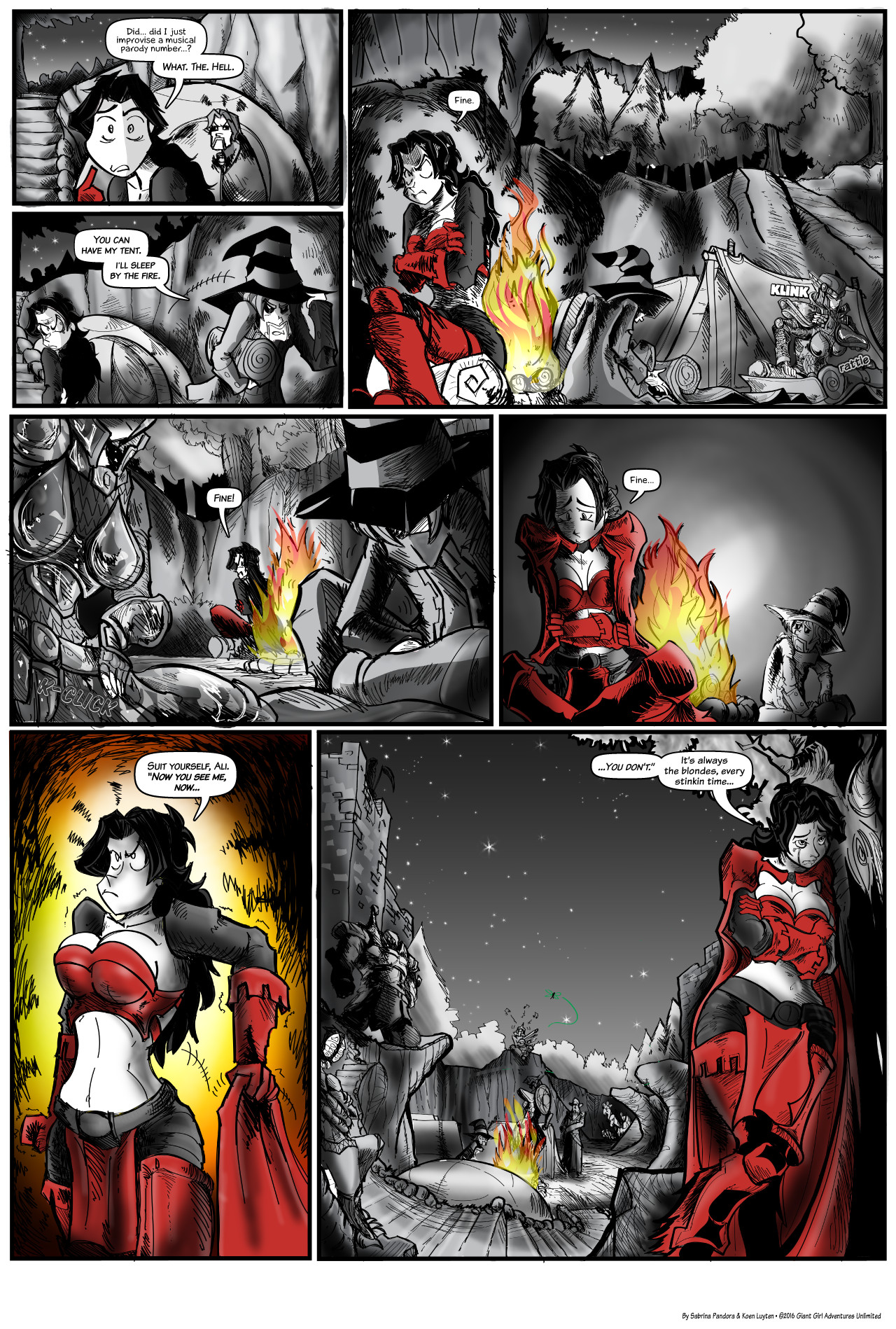 Yup, there's that hardcore rejection after the song and dance number complete with dirty puppet show.

As Ali has found himself smitten he's stiff-arming the girl he came here to help and protect, which was not part of anyone's plan. Particularly not the Witch. Tonight was supposed to plant a seed for the future, and a grandchild was supposed to be conceived here under the stars in a land of magic. She had foreseen it, and was guiding that plan along.

What she did not count on was her philandering son falling for the shining golden knight of chastity, which most definitely does not serve her purposes (as in, the next generation coming along). Chastity doesn't tend to lend itself to that sort of thing.

Poor Ronni. I really do put her through the wringer.

That line in panels 6 and 7 are the actual verbal component of Ali Kazaam's teleportation spell. All we ever see is him appearing saying "You don't" as I realized I've never shown him leaving a scene, just arriving. But that's Ronni throwing his own little smugness back at him a bit as she copes with his rejection.

New vote incentive, just like every week- thanks for your support.

BONUS!!!!: For those of you who missed it, Sean Harrington and I collaborated on a story, and it will be published once a week starting tomorrow. From now on every Thursday you will be able to check in on the Spying with Lana Giant Girl crossover, "Forces of Nature". You can read the previous superhero crossover, "Spying with Flare" on the same site, but tomorrow will start the crossover. Sean is a brilliant artist and a very funny writer, and I think you will enjoy the story we whipped up!

Because there's no such thing as too much Giant Girl.