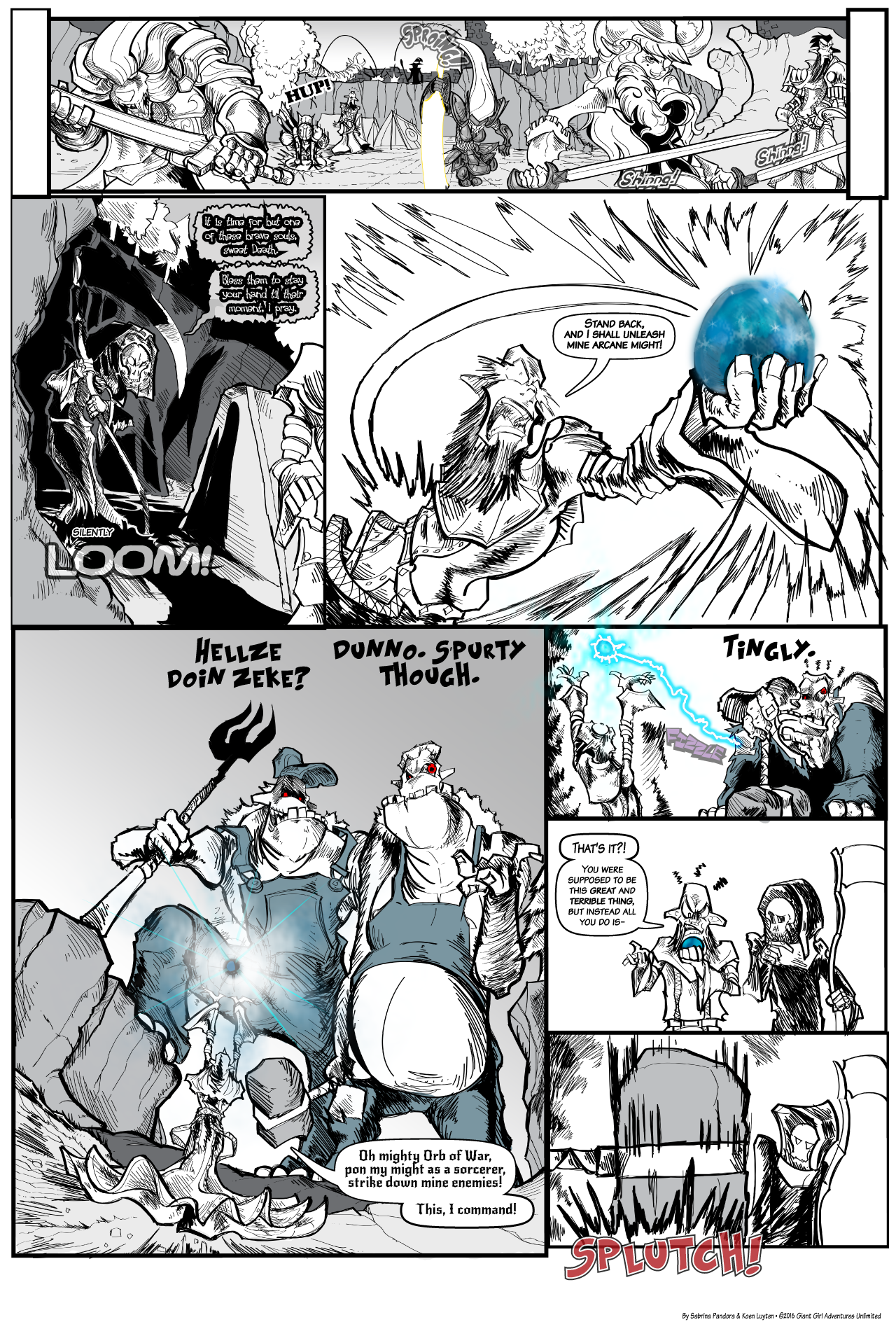 The party springs into action, literally in some cases.

I liked the idea of Karloff rising up out of the shadow of the soon to be dead man, intoning a prayer for the dying. Not really crazy how his word balloon came out- I think his future dialogue might look a bit different.

Okay, truth. Harald was indeed a son of Angus, and he did indeed get bestowed the orb of power from his father for testing. 1d20 bolts of lightning dealing 1d20 damage each. Upon encountering his foes afield, Harald unleashed the mighty orb... and rolled a one. Five points of damage. After which he was summarily slain and that was the end of both him and the Orb of War.

Anyone who ever tabletop gamed has stories like this I suspect.

Also, I worked 'purty' in without making the entire Deliverance connection, for which I am proud.