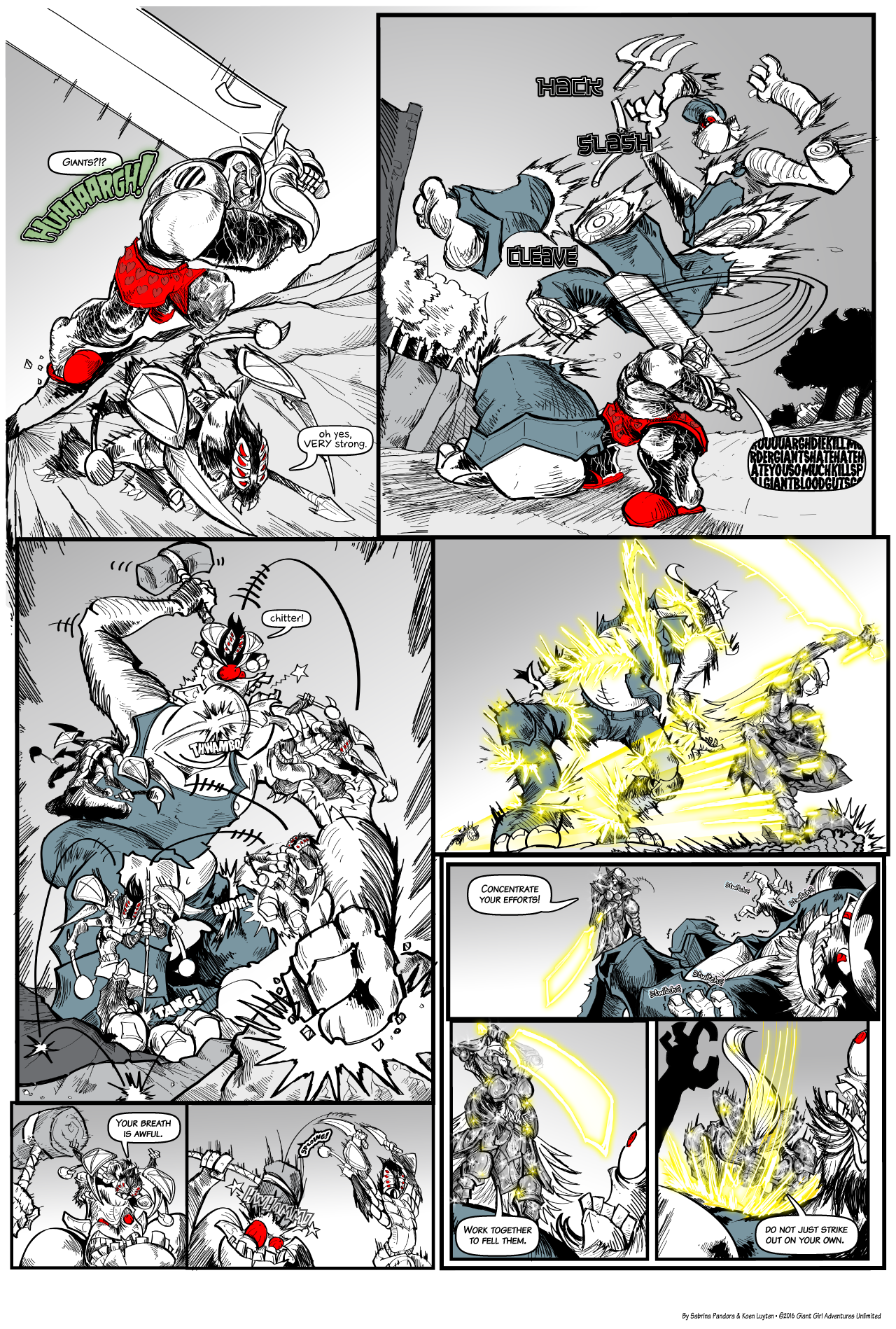 Sorry for the late update gang! Here's to technical difficulties.

Smoke is clearly a member of the 'carve my foes into cold cuts' school of berserker violence. Neither of us is that fond of the pools of blood style gore (though there will be some of that a bit later). So the cartoon innocence of this we both kind of agreed upon.

I love the animation sequence with R'lithon, demonstrating his skills and effectiveness. Very man-spider and what can I say, I like the dodge at the last second to make the giant clock himself in the skull.

The hypocrisy is astounding I know, but some folks really are that flawed. Britomart believes she is directing the party effectively- which she is- though it is completely lost on her that she is fighting solo as she does so because she thinks she is drawing agro and 'she can handle it' being her logic, which really is a bit demeaning to her teammates.

New vote incentive on Top Web Comics, the production design of the hillbilly giants. Hit the 'Vote For Me Dammit' button to go check it out. And don't forget tomorrow is the next installment of the GGA/Spying With Lana crossover, 'Forces of Nature'. There's a permalink at the bottom of the page.