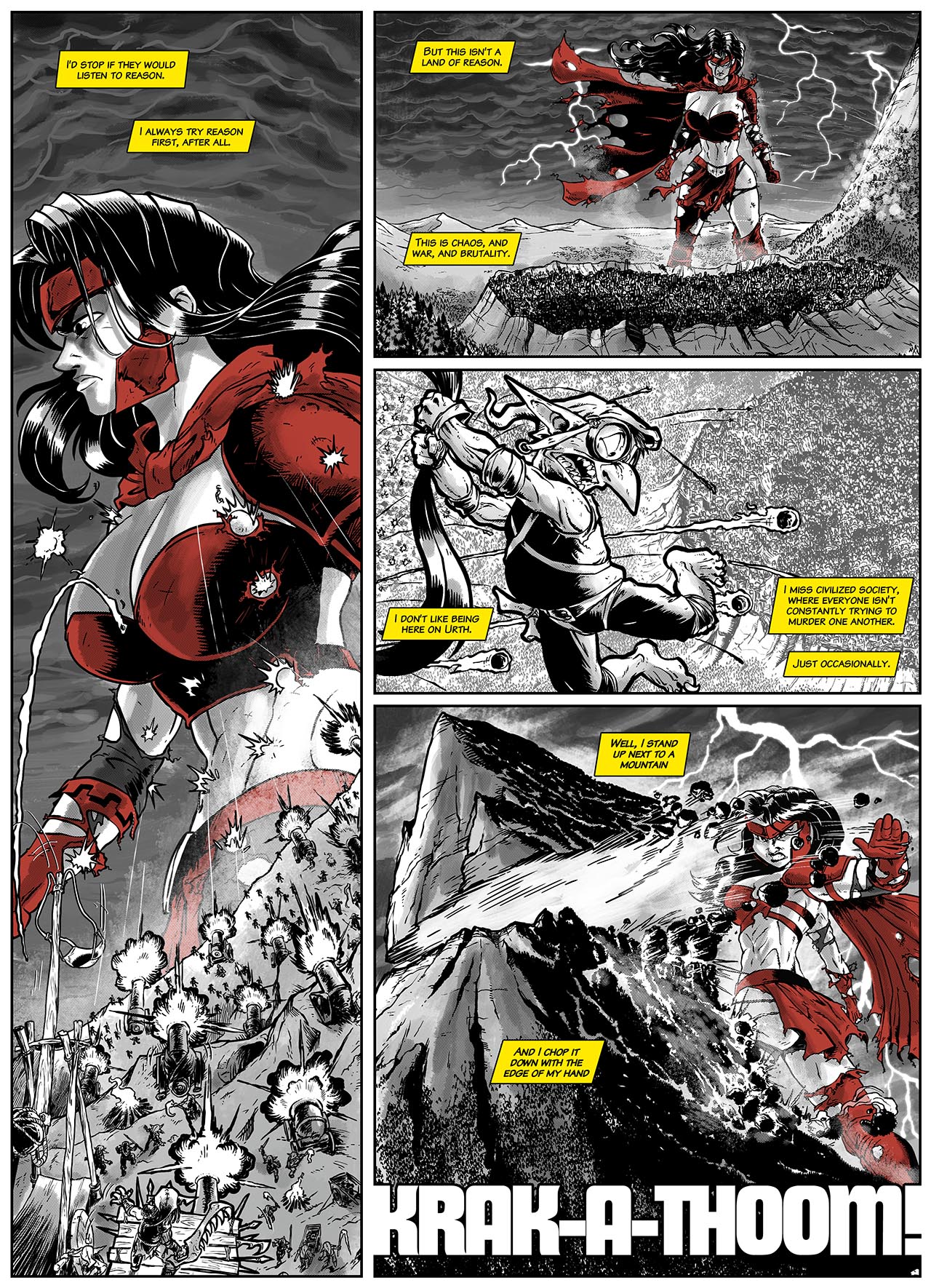 Panel 1 is Mount Doom, a mountain with caves and cannons- anything that could hurls a projectile that the Goblins have captured has been mounted on the hillside as a deterrent against anyone attacking Igglehoop. As you can see, while Ronni's outfit has seen better days, she herself isn't particularly aware, nor does she care.

Panel 2 is the contemplation panel, where she stops to consider just what she's going to do, as in Panel 3 Goober swings high over the city of 10 million screaming Goblins.

When in doubt as to handle a situation like this, Jimi Hendrix is a font of good advice, it seems.

We did promise you epic.

We didn't do nearly as much of the blurring of Ronni here, and you'll also notice that now, her face and expressions are no longer being cropped . Here, seeing the anger on her face and her CLEAR is a bit of storytelling that allows us to foreshadow what's coming and really reinforce what her captions have been letting us know about her current state of mind. On the last page, she was a force of nature. Abstract, as it was more from the goblin's POV. Here, she is the center of the scene again.

Artistically, I used a few masks to add smoke and mists between foreground objects and Ronni to replicate atmosphere and distance that I hope really pushes her IMMENSE size here. She is, literally doing what those Hendrix lyrics are saying and VISUALLY representing it was one of the hardest shots to get right so far in these pages.