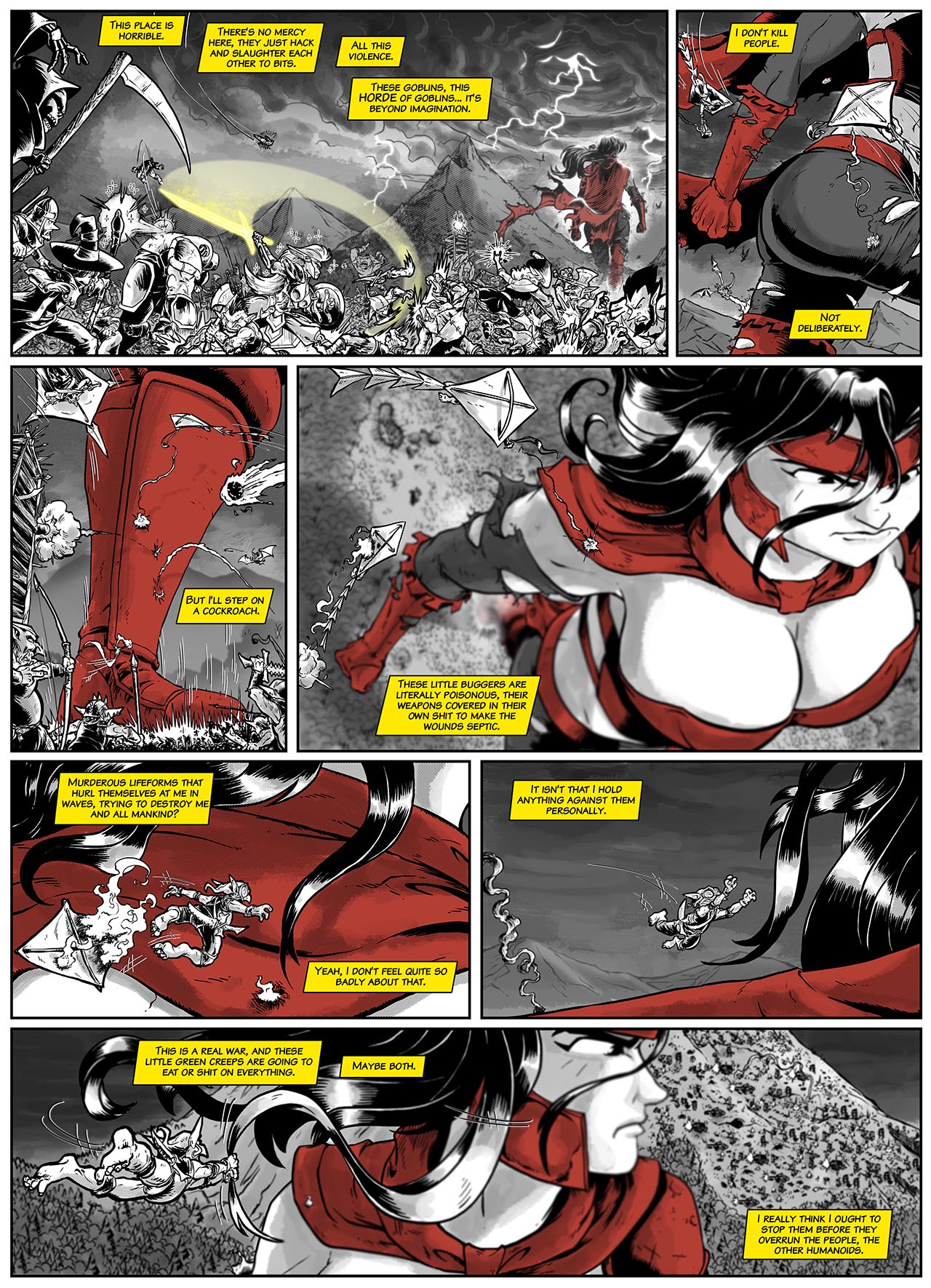 This is a turning point in both the strip, and in Ronni's life.

In point of fact, the Witch sent her here for a number of reasons, not the least of which was to come to grips with the level of power that she possesses, which she squanders on parlor tricks for the most part. In this case, she has made a decision, and she is moving in to take action. To be proactive instead of reactive for a change.

In a very big way. Dee used a lot of camera angles and selective blurring to really lend titanic scale to Ronni here, and to my eye it really works. We hope you agree.

This also begins the sage of Goober the Goblin. He was one of those kites flown up there to firebomb invaders. Unfortunately his kite catches fire, and he ends up having to snag a lock of Ronni's hair, which will be giving him a good view for the current events. He's something of the 'everyman' who is witness to an historic event- one with a decidedly unique POV on the situation.

There were a number of tricks we used in each panel here to try and push scale. This is the largest I've tried to draw Ronni so far and we're at SKYSCRAPER scale here.

This first panel, aside from being intensely epic all on its own, shows a lot of them. Selective blurring and tinted lines where there's no black lines on Ronni or her background, for example. The white dust kicked up at her feet to separate her a little from the group.

That down shot features multiple levels of Ronni's body, all drawn on different layers to blur a little more the further from camera we get. This is Ronni at about a 1,000 and growing and atmosphere needed to be accounted for.