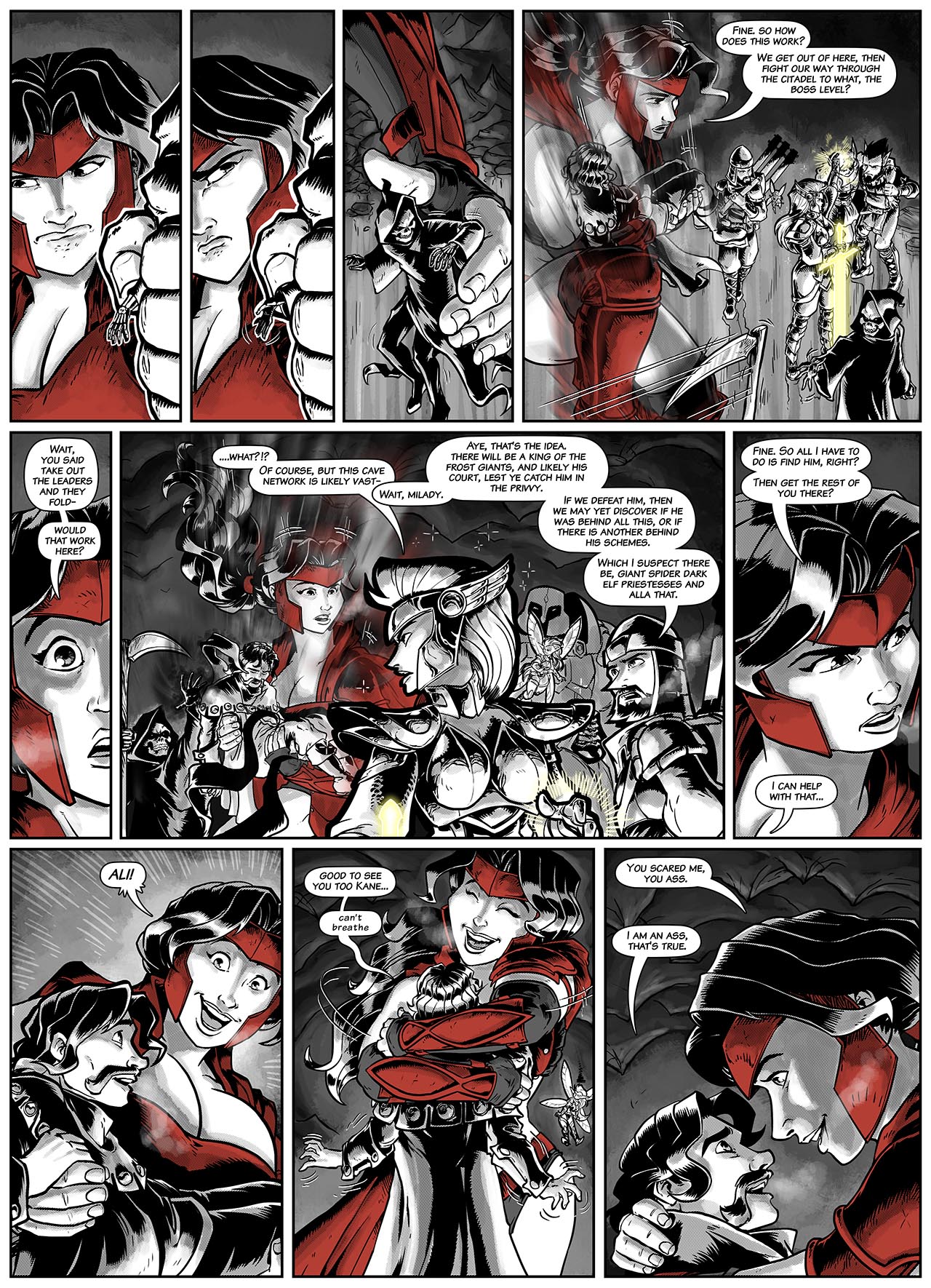 After the last page, where Britomart explained the facts of life on Imperial Urth, Kane considers her words. I love Karloff’s shrug of ‘Well?” in that second panel, leading to Kane setting him down in the third. By the fourth panel, Ronni is moving from reactive to proactive- she HAS been listening all this time, and she is forming up a plan.

Alan Alda once said, “Real listening is a willingness to let the other person change you.”

That’s when Ali Kazaam wakes up, and we get a little mini-giantess love, and an admission from Ali, who for some reason just so strongly reminded me of Elliot Page from the roughs on in this panel. Note Karloff’s tendrils and eldritch energies reaching for Ali to heal him while everyone is distracted in panel 6.

Again, great camera work from Dee, and the expressions sell this sequence for me.

Side note? As the situation is in the process of de-escalating, note Lexii’s position for most of the page- bow in hand, right behind Britomart’s head.

I love this page. It’s weird for me to say as the artist, but I get to run such a wide gamut of emotions in this sequence and on this page that I just adored working on it. I looked at my own face in my camera to work out her expressions in the first two panels to show that she, like Sabrina mentioned, is really listening.

And the tonal shift to elation, and a little physical comedy when Ali turns out to be okay, was a joy to work out since we kept Ronni a little bigger than not. For the last few pages, Ronni was fearful at losing her one link to her own reality, and it was easy for me to imagine how that would feel.

Sure, the wildly untrustworthy witch said she would whisk Ronni home when the quest was done, but I know I wouldn’t trust that.

So, in my head, it stood to reason that when Ali was threatened, it represented a lot to Ronni emotionally. Not just because of her feelings for him, but for the idea that if he died, she might be stuck in this nightmare forever. None of that was in the script, per-say, but it was a part of my thought process in designing her expressions.