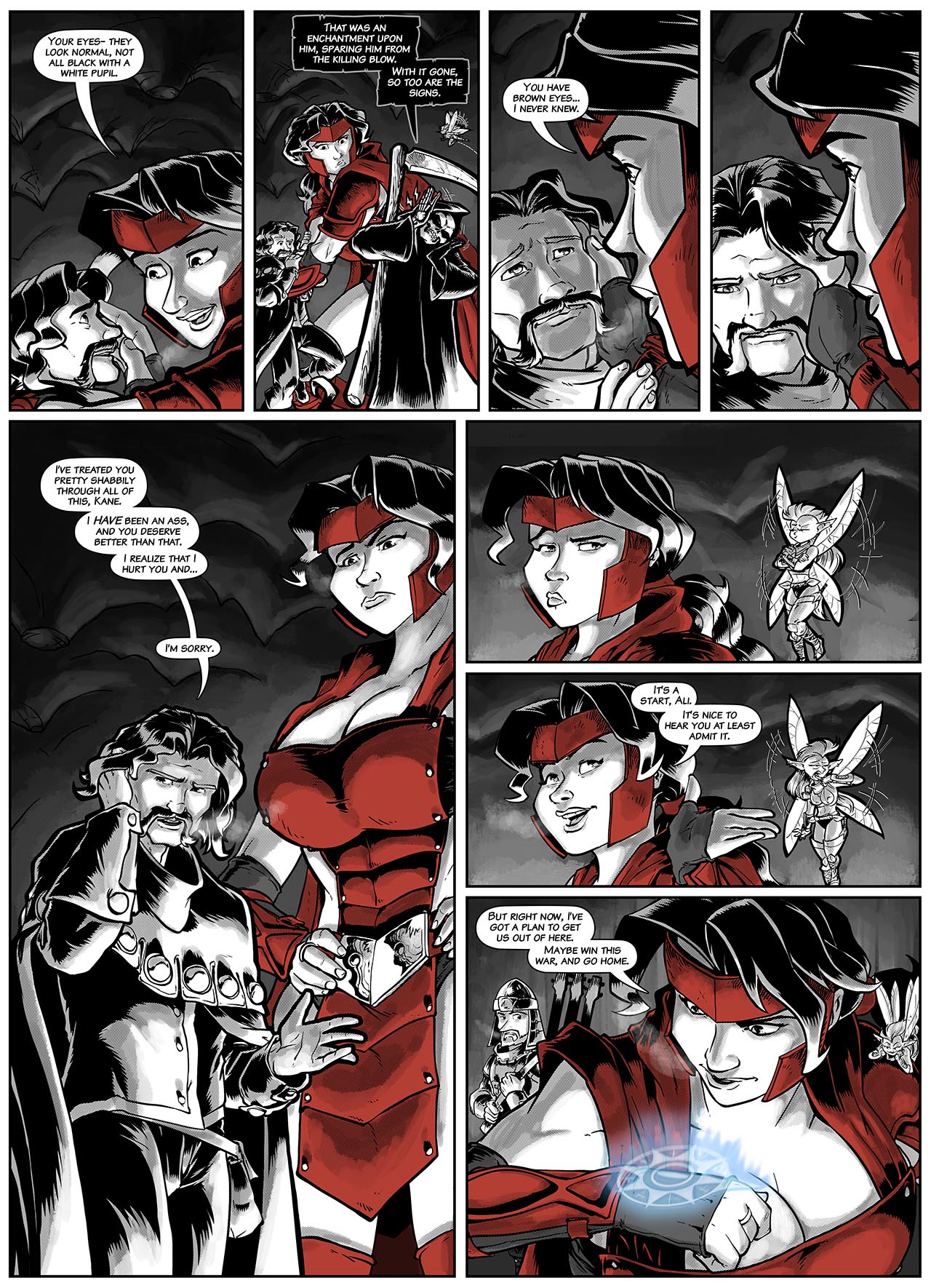 When the original Ali Kazaam model was created, he had what I called ‘Gambit Eyes’. There was no reason for it other than it appealed to Koen’s sensibilities, and it carried forth ever since… until page 63. Where Dee reflexively drew Ali with normal human eyes, and I really liked how it humanized him. So, in story reason for it- 95% sure there’s a spell for that like Doomguard or something, but I didn’t bother to look it up.

Past all of that, it was high time Ali actually own his behavior on this quest towards Kane, and maybe redeem himself ever so slightly. It doesn’t excuse his behavior, and Ronni’s not about to let him off the hook. But even as Lexii gags on it, Kane is willing to give him some credit for a start towards rebuilding that bridge.

Last panel shows the Arrow of Direction looking like I had always intended for it to- like the compass from the map we use as a background image for the site. Koen flat out refused and did his own thing, but as we’ll be revising things once the story is done and literally ready to go to print, THIS is what it always should have looked like, and Dee gave me just what I was after with this.

I also love Swann in the background, always keeping an eye on what the big girl is doing next.

On any given page, if I CAN, I will be focusing on Lexii in the background. I seriously love her, so if she CAN be in there, I’ll fit her in. She was prominently busy on the last page in very intentional ways, and that continues here.