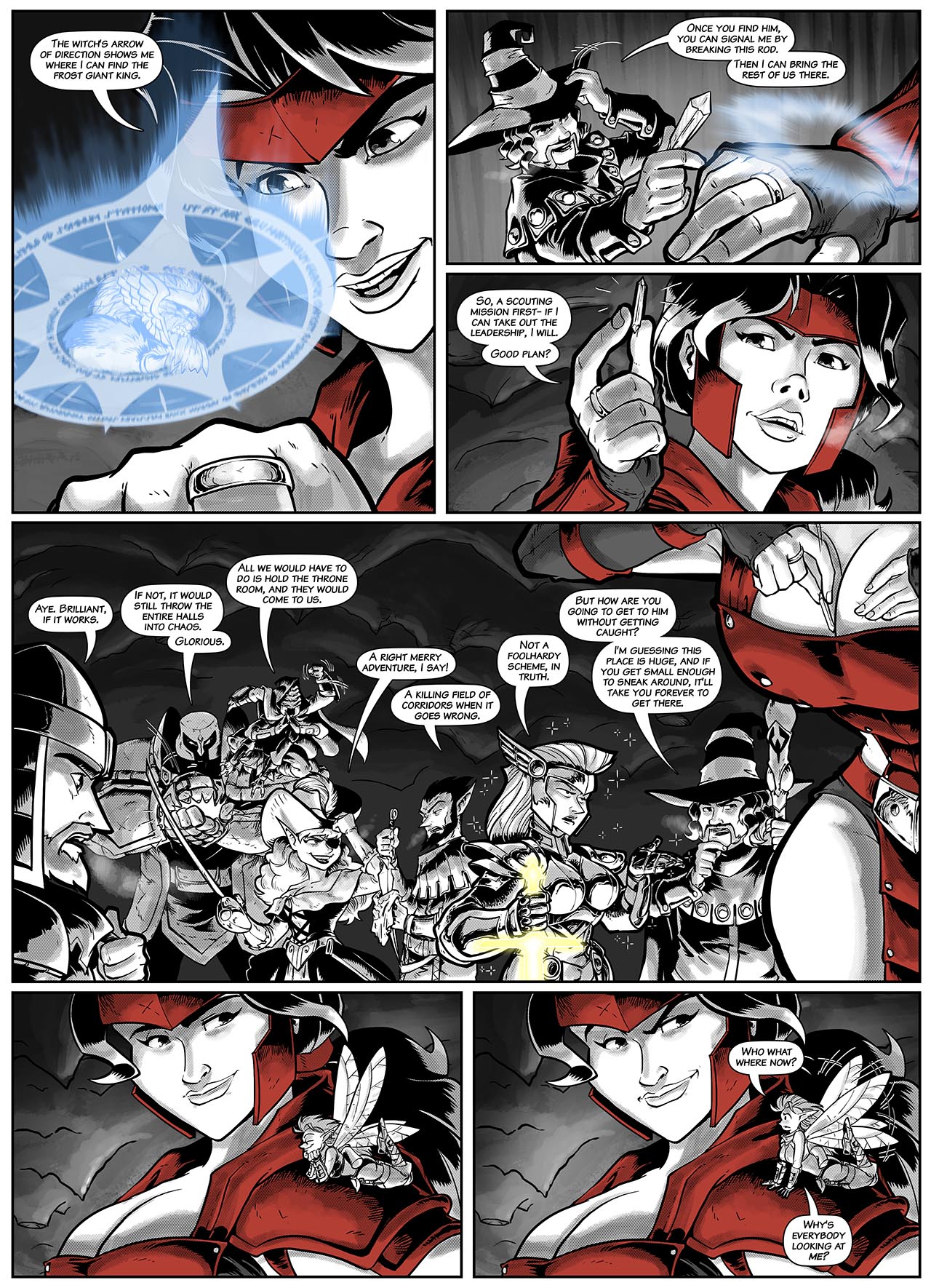 I like the idea that the Witch’s Arrow is a lot more complex a scrying feature than just an arrow pointing in the right direction. So with this close-up, we see that there is much more information available. It’s all written in Frost Giant because she hasn’t clarified anything to the sensor, but we can see the big man in profile here.

Dee actually wrote out what all the data said, in Latin, then turned it into Nordic runes for the effect. I’ll let her tell you the translation in her notes. I wanted a pan shot of the party, the camera inside the circle and taking in each reaction. Here’s that circular pan shot, all flattened out. Along with the cheesecake I ordered, because we know some fans do tune in for it, and we appreciate you.

Tiny pin-up Lexii is adorable. We’re heading into one of my most anticipated sequences of the story, and it will feature Lexii quite a bit. So that’s why everybody is looking at her.

DEE’S NOTES I really like to make sure that if there’s ANY ‘fantasy text’ in a scene, especially like in the background, that it’s generally Google Translated and means SOMETHING. Flynna’s elvish spell was translate a few pages back. The runes of the main door of the castle they were standing in front of JUST before falling down the hole were the lyrics to Led Zepplein’s “Immigrant Song”. And here, the data in those rings read: “To find the lair of the King of the Frost Giants, traverse the north corridor for 27 paces. Go left at the guy with the pike named Mike who will likely be asleep at his station.

Behold the face of the mighty monarch of the frost giants. He is quite a big guy, isn’t he? But you’re bigger.”

None of this is stuff that’s ever in the script, but is just a fun thing to interject into the art for fun. 🙂
12 73