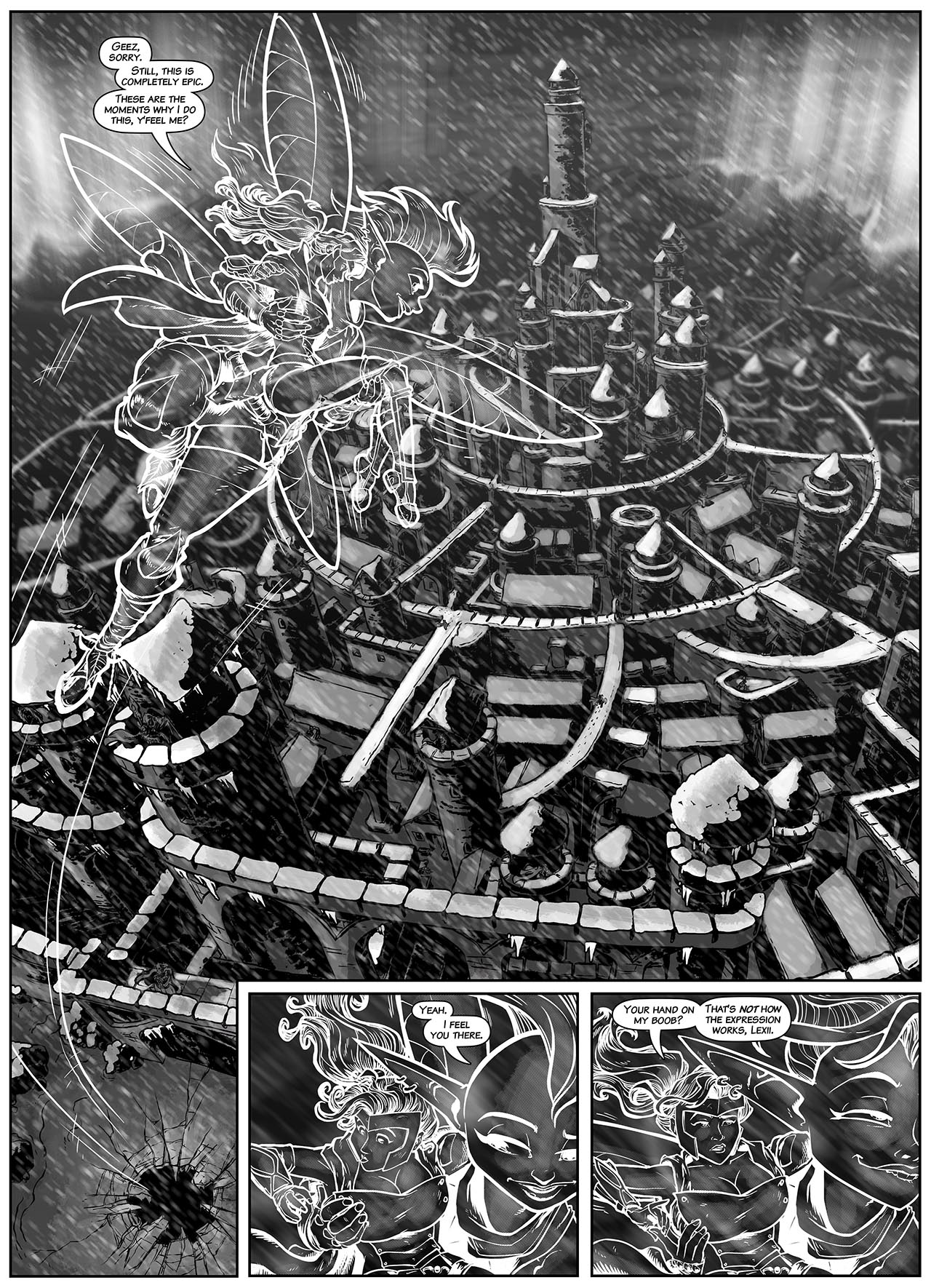 Once up in the air, the sheer scope and scale of the frost giant citadel is laid out for the reader. While a crack in the glacier would have been more appropriate a locale for the seat of their empire, I wanted some grandeur to the frost giants with their cold, frozen hearts. This is a large, obviously painstakingly planned and constructed citadel that shows the strength of these mighty beings. This is the frost giants at the height of their power, before they became creatures of legend. When they were, instead, simply legendary.

Plus boob joke. Here’s that the line art looked like for that piece, because it lost a lot of the charm in the ‘invisibility’ effect. 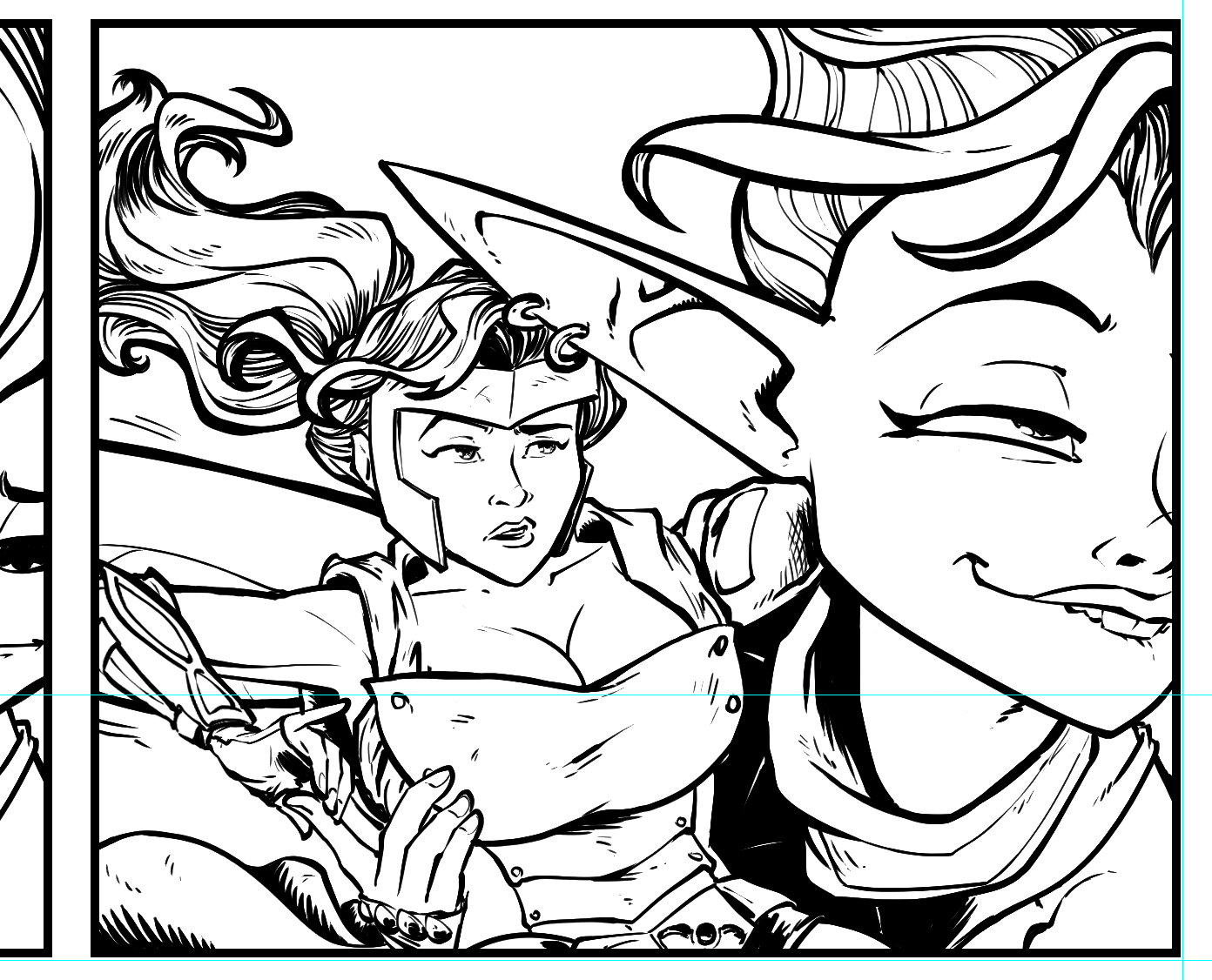 Well, okay, that’s a production drawing, because of the bluelines. But you get the idea. THAT DERP FACE OF LUST.

For the city, I took my idea for the concentric rings working out from the center and built the structure in basic shapes in the 3-D program, Sketch-Up, which allowed me to really set up the more intricate perspectives I wanted and tweak it before going into the actual art, which made this far easier than it would have been otherwise.

This was also a splash page in the script, but I pitched the two inset panels to really sell that boob joke, and it’s really good example of how well Sabrina and I work together. It’s always about what’s best for the page and what tells the story the way we want. Humor is a huge part of GGA, and I really loved getting to play with the visuals of this boob gag.