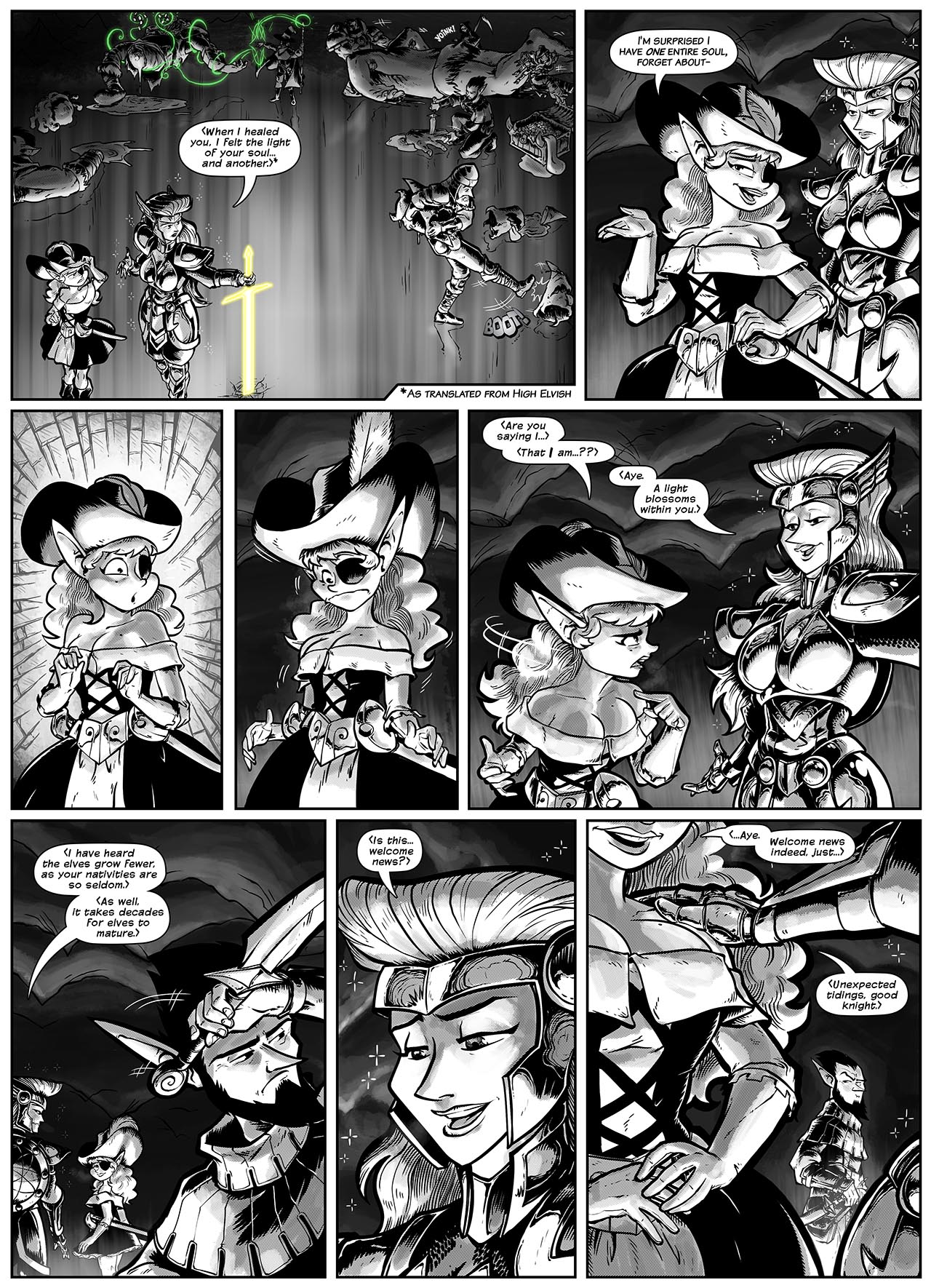 This was something we wanted to bring a bit of attention to in the story, because we love the character beats, and we’re fond of Flynna. This ‘meanwhile’ scene give Britomart the chance to be something other than the stern martial voice of law, and instead showcase a bit more of the ‘good’ part of her nature. She’s happy for Flynna, realizes it might not be welcome news and delivers it to her privately.

It’s cartoonishly clear that Flynna hadn’t really considered a pregnancy to be a real possibility until now, as she realizes she certainly can, and she is.

Background looting of the corpses, because it’s a fact of life in a fantasy economy. I particularly like Halder getting that giant ring, and using the dead mimic as a treasure chest.

Those little gags when the non-primary characters are in the background are always fun to work out. It’s something that I learned from cartoonist Kyle Baker, that characters doing almost ANYTHING is better than them just standing around. So, taking Sabrina’s instructions to have them looting the bodies gave me a lot of room to play.

The humor and visual interplay between Flynna and Britomart was a lot of fun to work out and draw, with both still having fairly cartoony faces that allowed for some good takes.